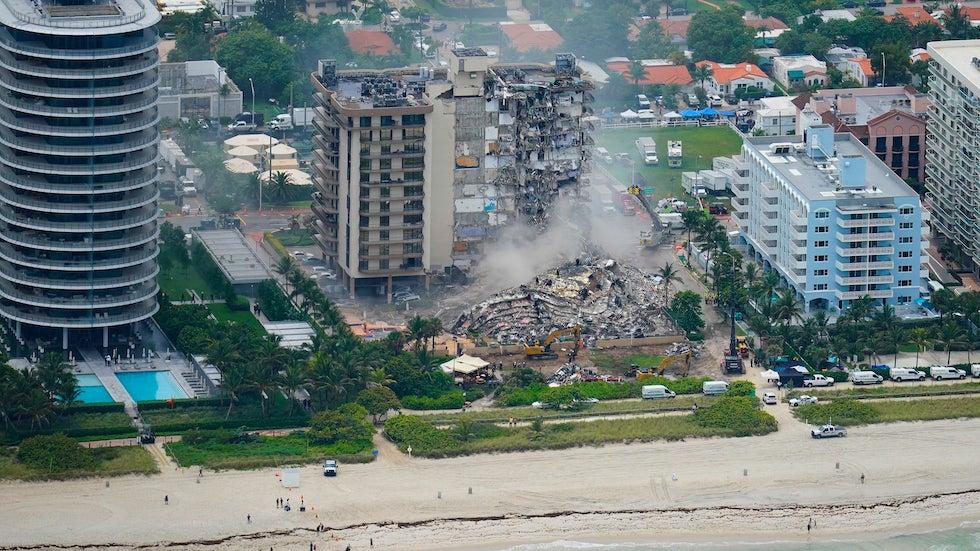 'It takes a tragedy': Florida's hands-off approach to condo regulations tested after Surfside

Except for a brief window that lasted barely two years, the state has had no oversight of the condition of aging condominium buildings in nearly 60 years of condo construction in the Sunshine State.

No post-construction inspection requirements. No enforcement measures to repair potentially life-threatening structural damage. No requirement to maintain a contingency fund for emergency repairs.

A USA Today Network-Florida review of state statutes governing the condo industry found those gaps and other deficiencies. “There are no regulations,” said Eric Glazer, a Hallandale Beach lawyer with 30 years of condo law experience.

That’s because the Florida Legislature is reluctant to pass laws that slow down condominium construction and sales, says Glazer, who also has a condo blog and weekly one-hour radio show about condominium law.

Harrowing escape from Surfside south tower:I opened the doors 'and a wall of dust hit me'

Why did the Surfside condo collapse? Engineers point to inspections, maintenance

“Florida will do anything to help developers build and sell units and all responsibility is passed onto the unit owners after the sale,” Glazer said. “There is almost a hands-off approach when it comes to structural integrity.”

Elevators and fire extinguishers get inspected — and that’s about it when it comes to any kind of state oversight of condominium safety once they’re occupied.

But even fire safety is vulnerable. If it weren’t for a London high-rise fire in 2017, the Florida Legislature might have succeeded at stripping some fire protection for older condos out of state law.

A bill that passed the Legislature with only one no vote would have pushed back deadlines to retrofit older condos with fire sprinklers and let condo residents vote to opt out of installing them.

But when it landed on then-Gov. Rick Scott’s desk, he vetoed the bill, citing the Grenfell Tower fire that killed 72 people and injured more than 70.

Lawmakers have already begun talking about drafting legislation to provide better oversight. Democratic state Sen. Jason Pizzo, whose district includes Surfside and 14 other cities in Miami-Dade County full of high-rise condos, said he plans to file a bill for the 2022 session to address re-inspections and other related issues.

But state Rep. Joe Geller, D-Aventura, who also represents Surfside, didn’t have high hopes that the Republican-controlled Legislature would pass such meaningful changes.

"This is a state issue that needs to be resolved by the state," said Raul Schwerdt, president of RAS Engineering, whose Hollywood firm has specialized in high-rise condominiums since 1998.

Because of the unique conditions faced by coastal high-rises — seawater intrusion, sea-level rise and hurricanes — existing beachfront condos should be inspected more frequently than every 40 years.

"They should be inspected every five years," Schwerdt said, like New York City and San Francisco require.

"There is a lack of leadership focus on testing buildings in the coastal areas," he said.

Glazer said lawmakers should also look at requiring condo associations to act more quickly on integrity reports that point out structural faults and make sure they have a contingency fund to handle major structural emergency repairs. 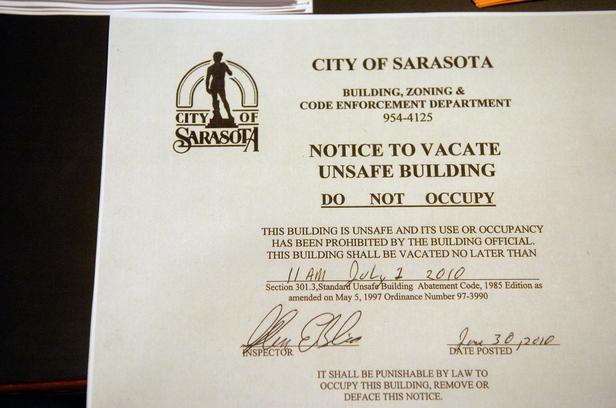 Meanwhile, nothing in the state’s 157-page Florida Condominium Act prevents cities and counties from sending building officials out to inspect condominiums of a certain age each year, he said.

“But do they? Never,” Glazer said.

As a result, the state’s nearly 24,000 condominium associations — including those for high-rises — are pretty much on their own, self-governing entities that do what they want. “The way Florida law is written, this was an accident waiting to happen,” Glazer said.

Fate in the hand of homeowners

Champlain Towers South was facing $15 million in repairs. But what the report didn’t say was that the damage needed immediate attention. In fact, an official told residents the opposite.

“I’ve never seen an engineer ever say, ‘If you don't fix this, the building will collapse,’ ” Glazer said.

Now, however, engineers will note if a building is in need of immediate repair, he predicted.

“Buildings will finally be deemed unsafe,” he added.

In hindsight, the board of directors — some of whom died in the collapse — should have acted quicker.

“But did they even think for a minute that this could happen? No,” Glazer said. “That's exactly what happened here, they were never told it was going to collapse."

Champlain residents now have sued the board of directors, saying the board members knew how bad the damage was.

Had the condo association maintained a reserve fund for the $15 million in repairs estimated for the building, the association wouldn’t have to levy massive fees on the unit owners, and perhaps the damage would have been repaired.

Another condo collapse is likely to happen again somewhere in Florida, because there are always structural reports being made and repairs recommended.

“Truth is, a lot of repairs go unmade,” Glazer said.

Those decisions can take years to make, because the board has to hold hearings and allow input and discussion and ultimately vote on whether to levy massive fees on themselves and their neighbors.

“So they don’t make repairs and hope for the best,” Glazer said. “It’s not like the government is holding a gun to their heads to fix things.”

In 2008, the Legislature passed a bill to make condo boards with buildings over three stories tall have inspections every five years.

Signed into law by then-Gov. Charlie Crist, a Republican at the time, the bill required associations to hire an architect or engineer to perform a structural integrity check but didn’t make the state responsible for enforcing that rule.

The law also allowed the boards to opt out if a majority of its members voted against the inspection.

Two years later, and after several associations complained about the high cost of getting inspections done, the Legislature passed a bill repealing the five-year inspection rule. And Crist, now a Democratic congressman from St. Petersburg running for governor, signed the repeal into law.

His campaign did not provide a comment for this story.

Had that law not been repealed, Champlain Tower South would have been inspected twice before the 2018 inspection, said Terri Jones, a former attorney with the DBPR who represented condo residents in non-binding arbitration hearings.

“I think the families would be disheartened to hear that,” Jones said.

Subscribe today using the link at the top of the page and never miss a story.