Always verdant, sometimes violent Ireland, the land of gorse and Guinness, saints and sages, bog turf, blackthorn and bacon. Once riddled with priests, poets and politicians, and more recently populated by race horses, movie-makers, tin whistles and tour buses. And visitors anxious about a claim to ancestry, and family trees printed on scrolled parchment, conferring status.

And on March 17th, the Irish (even though they kidnapped him from Wales and made a slave of him) are dedicated, both spiritually and commercially, to the customs, tradition and veneration of Saint Patrick.

The homage to Saint Patrick is homage to Mother Ireland, her own good self.

To please the Honorable Patricius, get up early. Quietly get your coffee, sit and relax with your small screen under the heat pump. Do not answer texts, read email, or access online newspapers. And for the love of God, reject the venomous Bookface, all its relatives and ugly offspring.

Quietly consider our Patron Padraig, not just a saint, but as fine a man as ever wore a hat. And among the surplus saints flitting round Ireland, forget Old Oliver Plunkett, Bridget of Kildare, and Columba, and consider how best to venerate the Noble Patricius, the pious Apostle of Ireland.

He deserves a full day. Settle in.

Early morning March 17th requires a few thin slices of Irish literary heritage (there are few mathematicians among the old Irish, they find rational thinking too confining), so a couple of hours must be spent reading (or re-reading) while the world is quiet and there’s no one to talk to, save dead poets.

Fire up the small screen and review a few thin slices of Irish poetry. (That’s right, poetry; it won’t kill you — three or four short ones). Inadequate snippets of Irish genius for sure, but wet your whistle, it won’t take long, two shakes of a lamb’s tail.

The Irishers are busy with words, picking them from the night wind, arranging them on a page, sharing James Joyce’s love for “the rhythmic rise and fall of words.” Many Irish writers, afflicted by wit and genius, are immortal, many are revered. Others die unnoticed, dulled by ale and age in the society of the public house — comradely drinking deemed central to a literary life.

You could start with W.B. Yeats’ “Lake Isle of Innisfree” (Nine bean rows will I have there) or cheer up your aging self with “Sailing to Byzantium” (An aged man is but a paltry thing…).

Then move on to Seamus Heaney’s “Digging” (My grandfather cut more turf in a day — than any other man on Toner’s bog). Grieve the death of a child in “Mid-Term Break” ( … the bumper knocked him clear … a four foot box, a foot for every year) and Philip Larkin's “Church Going” — ( …a serious house on serious earth … proper to grow wise in)

Try Patrick Kavanagh’s “Raglan Road” where he was fatally smitten by Hilda Moriarty when she gave him the glad-eye. (Stop reading at this point, and jump to YouTube to listen to Luke Kelly sing “Raglan Road” — with his flaming red hair and his banjo on his knee — as fine a voice as God ever breathed life into.)

There is no time for Oscar Wilde, James Joyce or lesser geniuses, but resolve that in the next few months you will read (or re-read) “The Dubliners,” “The Importance of Being Earnest” and at least one book by Flann O'Brien, Niall Williams, John McGahern, and Edna O’Brien. Grab a pencil stub and write these down.

Take a light lunch. Avoid eating or drinking anything green, and if you have a T-shirt that says “Kiss me, I’'m Irish,” throw it in the woodstove. Then take a recliner-nap before you get ready yourself to join the others for the afternoon benediction at the holy end of a local pub.

Dig out your worn tweed jacket with the Tri-color still in the lapel, or replace it with a sprig of ivy to signal fidelity to the Brotherhood. Exhume your Donegal flat cap. It’s getting harder to find a local publican who has arranged for a bald man with a guitar, singing quiet ballads and tributes to the martyrs of republicanism, but the main thing is to avoid any venue where the music impedes dialog — even among the hard of hearing. Choose a table in the corner, back to the wall, greet the lads, exchange fulsome compliments and other amplifications.

Before the craic begins in earnest, everyone must, by canon law, order a Guinness on tap (nothing else will do) as mandated by custom and convention. Other brands will contaminate the ecosystem and must be shunned.While the server draws from the spigot, one disciple in the group (as in previous years) is required to stand and read aloud Kevin Barry’s unimprovable description of the ancient ritual when a veteran publican pulls a pint of stout.

“Each fresh glass he filled two-sevenths shy of the brim, with the glass delicately inclined towards the pourer’s breast, so as the stout would not injure itself in a sheer fall, and he set them then, and there was the rush and mingle of cream and brown notes, and the blackness rising, a magic show you never tire of.” 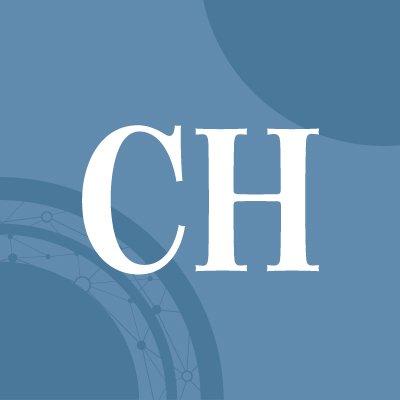 Empty glasses lined with foam (Irish lace) will trigger a familiar exchange:“… Another one will do us no harm ... That’s what you said five minutes ago …Sure and I was right both times.”

The dark stout is not to be drunk from a mug, or chugged, or accompanied by boisterous laughter, no indeed. It is a dignified brew, somber and delicate, thick and big-headed like most Irish men.

Before hoisting the jar, the practitioner should take a quiet minute to stare into it, with devotion, knowing that there is wisdom lurking in its creamy darkness. Fully embraced, this ancient rite allows no problem of economics or morality that can't be solved. There is resolution at the bottom of every glass. Slàinte Mhath.

On this day, forgive trespasses. Embrace the Irish life of carefree imperfection, their demeanor of mannerly indifference. The Irish are enthusiastic about indifference. Ambiguity is also important to them.Irishers (social and sentimental, gregarious and gloomy, carefree and despondent) recognize a life composed of delicately balanced contradictions.

Tell the same stories you told last year. Avoid plain language. Go the whole afternoon without saying “yes” or “no.” These words are un-Irish, not obscure enough, and too efficient.

Would you like another jar? Indeed, I would. Isn’t it a lovely day? ‘Tis all that. Would you like a wee taste of JJ? As sure as God is looking down on me today, and don’t ruin it by pouring it too small.

So it’s Guinness and good argument. Tell stories, remember your back pages, invent, embroider as required, reality is raw material (some avoid the truth as a matter of principle). Enjoy the carry-on — foolishness, all of it.

After about an hour, take a few minutes to sigh and lament the old days. Nostalgia ain’t what it used to be, and as for the rest of the world — the arse has come right out of her. Acknowledge that the Irish can be a gloomy bunch. Someone should recite four lines from Chesterton. “…The great Gaels of Ireland/ …The Lord hath made them mad/…All their wars are merry/…All their songs are sad.” A happy story is one that isn’t finished yet.

Curse more than usual. The Irish speak benign profanity and approve of it. Most can swear a hole through the bottom of an iron pot. And talk the leg off it, too. We know that God won’t mind. Jaysus Murphy, the Nazarene, was Irish.

Slag the rich, the political class, the English (700 years of oppression), celebrities and vegetarians. Enjoy the craic, but controlled laughter only, no backslapping or excessive affectation. Exercise sarcastic proclivities. Don’t take yourself seriously. No solemnity allowed today. Ostentation is as dangerous as singing “God Save the Queen” in a Donegal Pub. Take it easy, you’re too old for excess.

Relish the old graces, but conversation need not be restrained by delicacy. Moderately lewd improprieties are encouraged. But there can be no malice, of course, nothing serious, just the craic.

Comment adversely on the rowdy bunch in the corner. Ridicule the old people (probably younger than you) two tables over. That tall guy over there has a head like a prize pumpkin. Or a boiled ham. And his little buddy could use a meal. There’s more meat in a hockey stick. You can barely see him behind his pint. And did you see that one that got up to go to the jakes, a voice like a pickaxe and formidable hindquarters? She’d halt the march of men through a mountain pass. And one thing and another.

Toward the end of the seminar, begin to tell your tablemates lies about all the things you are definitely going to do before next Paddy’s Day, or before you die, whichever comes first. Compete to see who can come up with the most witless resolutions. The rules allow repetition from previous years:

Thatch a roof, dry some peat and carve a Celtic cross, celebrate Bloomsday, try to apprehend just one episode of Ulysses, experience Saint Patrick's Purgatory (The Ironman of Christian pilgrimages), buy your wife a Claddagh ring, sign up for harp lessons, watch a few episodes of “Derry Girls” (the funniest show on television), wear an Aran wool sweater — a sheep on a shepherd’s shoulders, consider Jonathan Swift's “modest proposal,” view Saint Oliver Plunket's severed head in Drogheda, have a drink with anyone named Malachi, write your name on the Peace Wall in Belfast, try a bit of Bushmill's on your morning porridge, light a turf fire, make soda bread, and honor Leopold Bloom by eating (with relish) the inner organs of beasts and fowls. Sit alone in an empty church — “a proper place to grow wise in.” And pray for poor Molly Malone (she died of a fever from which none could relieve her).

Finish the parting glass. Conspire with fellow Fenians when you have the wit to be gone, thank the girl who brought the bounty, say goodbye to the wide-arsed woman and go home to strap on the old feed bag. And if your supper involves getting on the other side of cabbage and turnip boiled next to some heavily salted part of a pig, thank God for your good fortune. Fill your gut, then rise and bolt the front door with a boiled carrot, pour yourself a cuppa orange pekoe, repair to the recliner in front of the television, assume a somnolent posture, and loosen your shoelaces.

Armed with some electronic device, prepare to search for the online videos indicated below. If you've seen/heard them all before, no matter, listen again. These are mandatory.

Drain the dregs of the tea, haul your auld arse outta that chair, and go to the bathroom to shed a tear for Parnell. Wind the clock and go to bed.

God's mercy on the immortal Saint Padraig, as fine a man as you'd meet in a day's walk. And remember, no matter what the geologists say, it was Padraig, and not the ice age, that drove the snakes from Ireland.