Home → Bathroom purchase → Blocked toilet or leaky sink? How to tackle common plumbing dilemmas, according to an expert 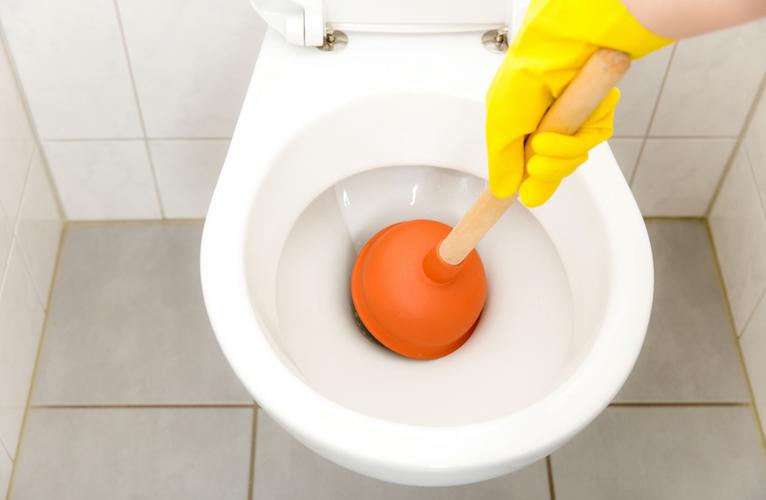 Blocked toilet or leaky sink? How to tackle common plumbing dilemmas, according to an expert

“We’re busy all year round, because plumbing breakdowns happen for so many reasons at so many times of the year,” says Thomas Roe, a plumbing expert based in Dublin and one of the many trusted local tradespeople whose services can be accessed using Local Heroes.

“Then in the winter, you’ll get a lot of emergency calls for cold weather problems like frozen pipes, broken pipes and burst mains. You’re working to get things repaired as soon as possible so customers can have their heat and water back.”

Plumbing problems can be daunting, especially if you’re dealing with a leak that won’t stop or a toilet that’s rapidly overflowing. Share your confidence level in solving common plumbing dilemmas here…

GO WITH THE FLOW

How confident are you when it comes to dealing with plumbing problems? Rate 1 for 'not at all confident' and 10 for 'very confident'.

To help you get to grips with the basics, we asked Thomas to share some of the more common plumbing issues he tackles. Here are a few of them, and how he’d go about fixing each one. 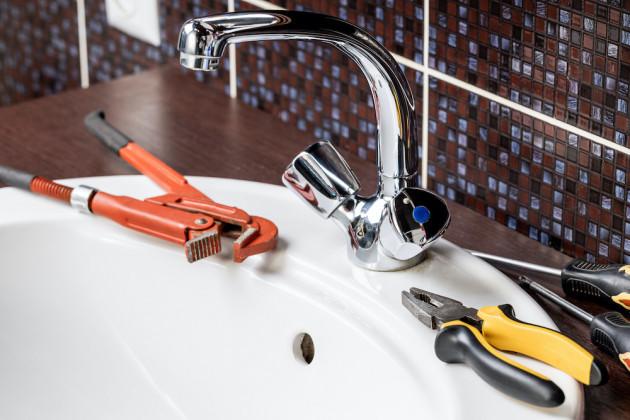 “Often we’ll get customers calling and saying they have no water coming from their taps at all,” says Thomas. While this can seem like a daunting problem, it usually has an easy diagnosis. “Nine times out of ten,” he says, it’s an airlock, a stoppage of the flow in the water pipe that’s caused by an air bubble.

If you’ve recently turned off your water mains for any reason, or if they’ve been turned off during council works in your area, you might encounter this issue. “To fix it, we open up the valves and allow the water to flow through,” says Thomas. If it’s not an airlock, a plumber’s next step will usually be to check the water supply to the tap and make sure there are no “physical obstructions,” like cooking grease build-up, plants, soil, hair or something else.

A non-flushing toilet can very quickly become a problem, especially if your bathroom is shared between a family. “Usually this is down to a fill valve not working” says Thomas. Your toilet’s fill valve is hidden away in the cistern, but it does a very important job: opening to allow just enough water into the cistern for your next flush.

When it’s broken, no water is going in, meaning no flush.Advertisement

Fixing it is relatively simple, says Thomas. “It’s about a 30 minute job in many cases but sometimes you run across issues like rusted screws or bathroom fittings that make it a bit harder to take the toilet apart, and those add extra time.”

Kitchen and bathroom sinks can be the subject of a whole spectrum of issues, says Thomas. “We’ll get customers whose taps might be leaking, or maybe the controls have seized, the handle is stiff or not turning, or the U-bend is leaking. Those kinds of problems will usually involve changing out a part.”

Then there are issues with the potential for bigger damage, like a burst pipe. “If someone calls us with a major leak, we’ll tell them to cut their water off straight away, by locating the main valve that brings water into the house. It’s usually under the sink. That’s the best thing they can do until we arrive.”

Whether the water won’t get hot, the flow has slowed down to just a trickle, or the power simply won’t turn on, issues with your shower can make chilly winter mornings even more of a challenge. “Electric showers in particular are the reason for a lot of our call-outs, because they have a higher tendency to break down,” says Thomas.

Your plumber will usually be able to advise whether it’s a simple matter of changing a part, or whether your shower has reached the end of its lifespan and needs replacing.

Sometimes it will makes more sense to replace the unit if possible, rather than paying for more repairs down the line.

Want to avoid future dilemmas? Thomas shares his three big tips for keeping your home plumbing in check, during the winter and year-round…

Know the small jobs you can do yourself: Not every plumbing issue will require a call-out, notes Thomas. One example he gives is the float in your toilet cistern – if it’s too high, you’ll notice water is constantly pouring into the toilet, even when you haven’t flushed. “Take the lid off the toilet, and there’s usually a little screw beside the float. Twist it anti-clockwise and it should bring the float down below the level of the overflow.”

Keep your radiators in good nick: Give your radiators some TLC and attention during the year, and your house will be less at risk of plumbing or heating problems in winter. “Bleed your radiators regularly is one thing I’d advise,” says Thomas. “You’ll notice it needs to be done if the rad is warm at the bottom and cold at the top. That usually indicates there’s air in the rads that needs to be released.” Find a quick how-to here.

Switch off the water if you’re going away: “If there’s a cold snap or a bad frost, older pipes can be at risk of bursting,” says Thomas. “If there’s no-one at home to notice it, the water could cause a lot of damage.” So if you’ll be away for a few days over Christmas, take the necessary precautions: turn off the mains water supply before you go, and ask a neighbour to check in on the house while you’re gone.

Toilet blocked or hot water on the blink? Use Local Heroes to find plumbing experts and other reliable tradespeople in Cork, Dublin, Limerick, Galway, Carlow, Kilkenny and Waterford. All work comes with a 12 month guarantee backed by Bord Gais Energy. Get a quote in a few clicks here. *Terms and conditions apply, see localheroes.ie.