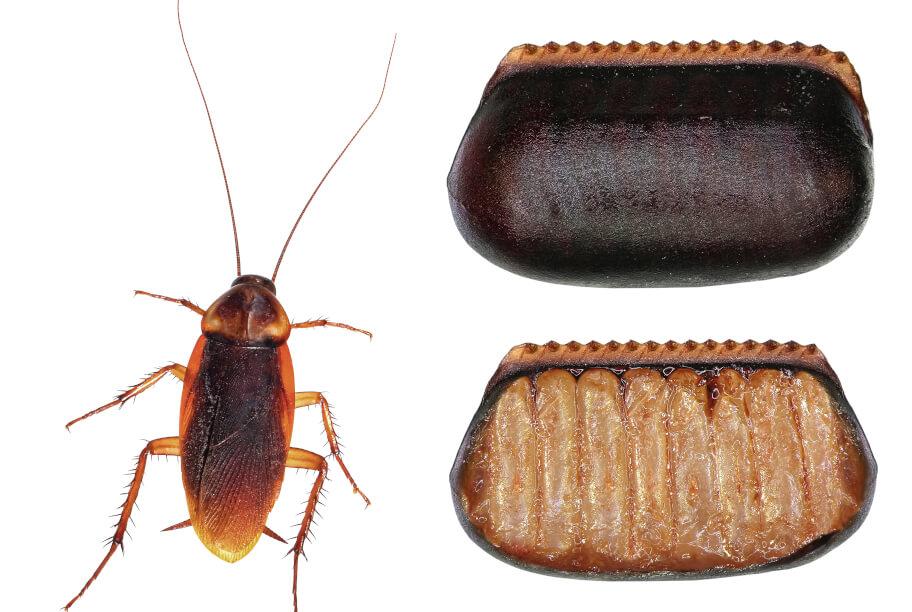 So, you’ve found a cockroach in your house. The good news: They won’t cause much direct damage to you or your home, and they don’t carry the same disease risks as blood-feeding insects like mosquitoes or ticks do, saysScott O’Neal, PhD, an urban entomology researcher at the University of Nebraska.

The bad news? If you spot a cockroach in your home, chances are, there are plenty more where that came from. “If you are seeing them and it’s daytime, you probably have a much bigger infestation than you realize,” says O’Neal.

And unfortunately, that infestation is only going to keep on growing until you start treating for it. In fact, one female German cockroach—the most common type of roach in America—and her offspring can infest a home with more than30,000 cockroachesin just one year.

Every type of cockroach produces what’s called an egg case, which looks like a “little purse,” saysDini Miller, PhD, professor of urban entomology at Virginia Tech and Urban Pest Management Specialist for the state of Virginia. “If you look at this egg case, they have basically two rows of embryos, and they’re facing each other face to face,” she says. “They develop in there over time, and after a couple of weeks, the pressure of the growing babies will cause that egg case to open and then they emerge from there.”

Typically, these highly-visible, brownish-colored egg cases are about 1/4-1/2-inch long, and they’re slightly curved like a banana, saysMichael Scharf, PhD, a professor of entomology at Purdue University who studies cockroaches. To the human eye, the eggs present as a bunch of horizontal lines within the case, and there are usually between 30 to 50 eggs per case, says Scharf. 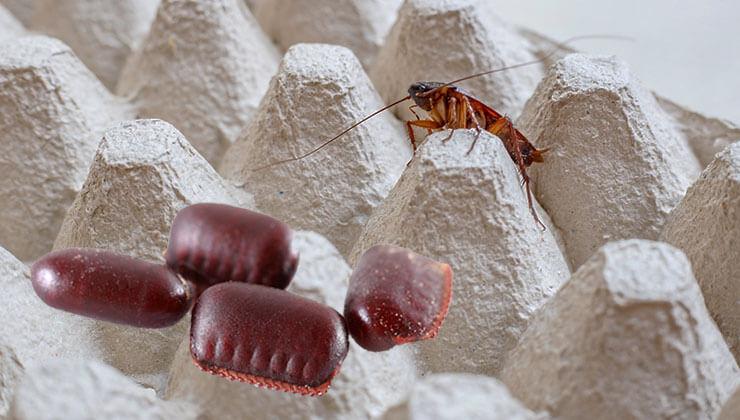 Where do cockroaches lay their eggs?

Where and when cockroaches lay their eggs could be a huge indicator of what type of cockroach you’re dealing with. A female German cockroach, for example, actually carries the egg case on her body for the majority of the embryos’ development period.“You can’t miss it,” says Miller.

The female roach keeps the egg case with her because it allows her to give the embryos the moisture they need during the development process. “The German cockroach female is a very good mother, actually,” saysCoby Schal, PhD, who heads theSchal Labat North Carolina State University, which focuses on the study of cockroaches. (How comforting!)

Related StoriesCockroaches Don’t Bite, But They Can Make You SickHow to Get Rid of Cockroaches for Good

Then, about an hour before the embryos are ready to hatch, the German cockroach will drop the egg case off, usually in a sheltered location like the cracks and crevices in your kitchen or bathroom where they typically live. “Essentially, they produce the egg cases in the places they hang out,” says Miller.

Other roaches that are commonly found in the home—like the American, the brown-banded, or the smoky brown cockroach—drop their egg cases in the same types of locations. But the difference is, they’ll drop their egg cases well before they’re ready to hatch, often weeks or even months prior to the actual hatching.

These types of roaches will actually glue their egg cases to surfaces like the walls under your sink. But one differentiator for brown-banded roaches, in particular, is that their egg cases will be found in a cluster where it’s apparent that multiple mothers have dropped off their egg cases in the same location, says Miller. “How and why they do this, we have no idea,” she says.

How to kill and get rid of cockroach eggs

The best way to prevent cockroach eggs—or to kill cockroach eggs if you’re dealing with an infestation—is by targeting the mother. The easiest way to do that is by buying cockroach baits at your local supermarket or on Amazon, which should be enough to get rid of most infestations, says Schal. Once you have the bait, simply place dabs of the bait in places where you’ve seen cockroaches appear, most likely in your kitchen or bathroom where there’s food and moisture. (Read our full guide to getting rid of roaches here.)

Another way to prevent cockroach eggs is by buying insecticides that will actually disable female roaches from producing eggs in the first place, like insect growth regulators. Within that group, you’ll find one particular type of insecticide called chitin synthesis inhibitors. “Chitin synthesis inhibitors interfere with chitin production and cause females to make egg cases with unviable eggs,” says Schal. That’s because chitin is what makes up the exoskeleton of the cockroach, and without it, the baby roaches won’t survive.

But let’s say you’ve already found an egg case or two under your sink. In that scenario, you can buy what are called desiccant dusts—like diatomaceous earth, a non-toxic substance you can find on Amazon—and that will dehydrate the eggs, thereby killing them.

Bottom line: “Kill the female so no egg cases are made,” says Schal. But if egg cases have been made, resort to desiccant dusts, which will help finish the job. If you still manage to have trouble after following these steps, it’s time to call in a pro.

Like what you just read? You’ll love our magazine! Go here to subscribe. Don’t miss a thing by downloading Apple News here and following Prevention. Oh, and we’re on Instagram too.