Home → Bathroom purchase → Is this why your kid is pooping their pants? 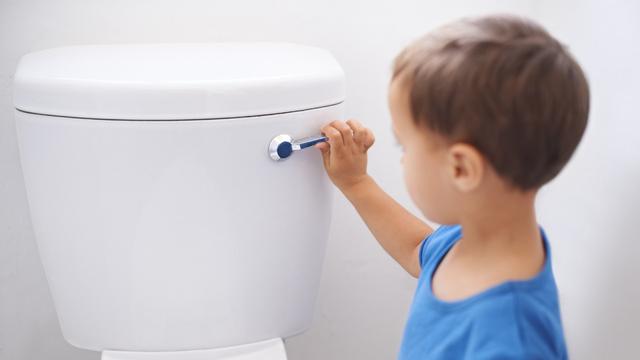 Is this why your kid is pooping their pants?

Calgary mom Karla Bouvier’s* daughter was still having poop and pee accidents at four years old. “We kept thinking, ‘She needs to try harder to get to the potty. Why is she having these accidents?’”

But when Bouvier brought her concerns up with their doctor, she realized the accidents weren’t her daughter’s fault: she was dealing with a medical condition called encopresis.

Encopresis is the involuntary passage of stool, particularly past the developmental stage where you would expect them to control their bowel movements. It can look like skid marks in the underwear, actual bowel movements or a mixture of liquid and hard poop. You don’t have to worry if your child has the odd accident, but if it keeps happening, this is a sign that there’s another problem going on, like encopresis.

Diagnosing encopresis can be tricky because there is no exact age when parents can expect kids to stop having accidents. Herbert Brill, a paediatric gastroenterologist at William Osler Health System, says, At about four years old, up to 20 per cent of them are not toilet trained for school, and that’s okay,” he says.

Still, if you’re worried about your kid’s accidents, it’s important to bring it up with their doctor.

Encopresis is often a warning sign of constipation. It might start, for example, with the child holding in their poop because of a previously painful experience.

This process further reiterates in their minds that they should avoid this experience. But, while the child is telling themselves that they shouldn’t relieve themselves, the colon and rectum become full of the solid and liquid stool they’re holding. As the child continues eating and drinking normally, the colon will become too full and stretched, resulting in the liquid stool leaking out.

“The reason the child has no control of it is because the muscle to pull back the stool is sitting in the rectum,” says Brill. “If that area is stretched or otherwise incapacitated by a large piece of stool, you really don’t feel or control the stool.” 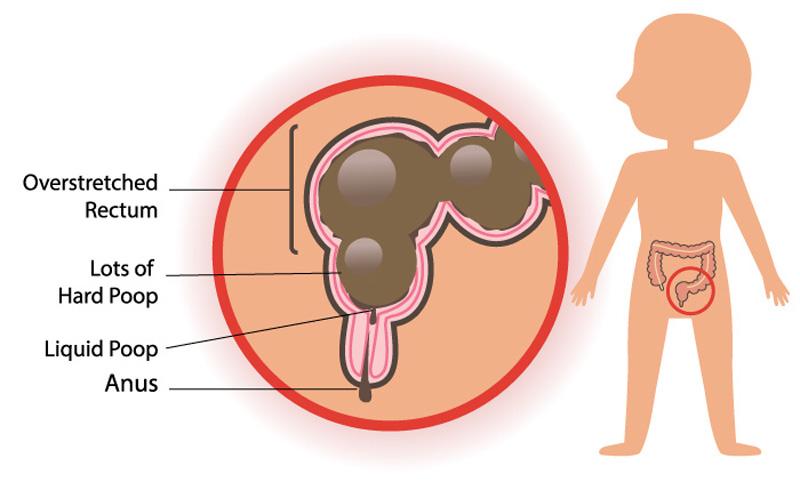 Niraj Mistry, a paediatrician at SickKids Hospital in Toronto, says encopresis can also be caused by psychological reasons, such as being afraid to use the public bathroom at school.

He emphasizes, though, that encopresis isn’t something to blame on your child.

“They’re not trying to poop in their underwear, and most of the time, the kids don’t even know what’s happened,” says Mistry. He says to think of it like glasses: you wear them, but you don’t think about the pressure it puts on your head, nose, or behind the ears.

What are the treatments for encopresis?

For encopresis to go away, your kid needs to start regularly emptying their bowels. One way to encourage this is by getting the child to sit on the toilet regularly, ideally right after meals.

“When you eat something, your colon says, ‘Hey, it’s time to empty ourselves,” says Mistry, which is called the gastrocolic reflex, a physiological response that stimulates the need to use the washroom after eating a meal. “So within half an hour after meals, parents can take their child to sit on the toilet for five minutes,” he explains.

But don’t worry if your kid doesn’t have a bowel movement every time. Just regularly sitting on the toilet will encourage the body overall to relieve itself.

Mistry doesn’t recommend using phones or watching videos while on the toilet, though, because it doesn’t allow the child to focus on relieving themselves. Instead, you could use music as a distraction or activities such as blowing a balloon, bubbles, or a pinwheel to help work the correct muscles to encourage pooping.

Hydration and diet can also help with making a poop much softer, making it easier to pass. Things that absorb water, such high-protein or processed foods, are more likely to leave the child with harder stools, says Brill. So, fruits, veggies, and high-fiber foods can help make the pooping process easier.

Mistry also suggests visiting the paediatrician or family doctor to discuss laxatives. With many different types of laxatives out there for kids, even as young as six-months-old, Mistry says that this can be an effective way in treating the child’s constipation by making sure the poop is soft and easy to pass.

Bouvier recommends parents look out for the signs of encopresis early. “It’s easy to dismiss it as ‘Oh, they’re trying to get attention,’ but they’re not. No kid really wants to have accidents like this,” she says. “I also think it’s a lot more common than people think once you start talking to people about it.”

How long does it take for encopresis to go away?

Treatment for encopresis can take a long time, but patience and consistency is the key to managing and ultimately getting rid of encopresis. If you’re adhering to the principle of keeping the rectum empty, then it will make it easier to avoid accidents and encourage the stretched and overworked muscles in the colon to shrink back down, says Brill.

“If a problem takes three to six months to develop or a child has suffered from the problem for a year or two before seeking additional advice and expertise, that’s four to six months of daily treatments for that rectum to shrink back down to normal,” says Brill. “And a lot of parents are just not used to the idea that something can take that long to fix, but I always tell parents I’d rather put you on this [medication] for eight to 12 months, get you off it and never go on it again than use it episodically for the next five to 10 years. So the idea is to use it right so that you can get out of it down the road.”

*Name has been changed