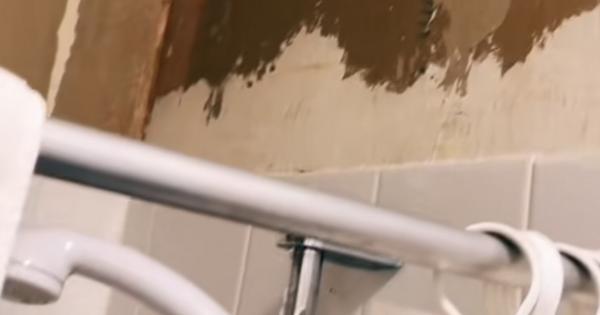 Man's stay at Blackpool hotel with peeling wallpaper, mouldy shower and ghostly 'spirit' in his room

A TikTok star drunkenly booked himself into one of the worst-rated hotels in Blackpool to share his experience with his followers.

Stephen Gamsby, who boasts more than 55,000 followers and whose videos have racked up over a million likes and 400 million views, was on a night out in Manchester when he made the ill-fated decision to book one of the worst-rated hotels on TripAdvisor.

The 26-year-old, who is originally from Birmingham and now lives in Warwickshire, woke the following morning and remembered what he had done the night before.

"We went out in Manchester on the Thursday night and on our way back from a club we decided we would go to Blackpool because we wanted a night out," Stephen told LancsLive.

"I woke up the next morning and thought 'oh my God what have I done'. But we thought 'surely it can't be that bad?' so we went."

Stephen and his friend Jake were shocked when they were shown inside their £27-a-night room at the Avano in Clifton Drive but 'didn't have the guts to complain'. "I'm the sort of person who, if I'm served raw chicken, I'll just eat it," the law student added.

What's been your worst hotel experience? Let us know in the comments below

Stephen shared a video of his room on TikTok, entitled 'we stayed at the worst-rated hotel in Blackpool so you don't have to', and it has attracted more than 30,000 likes. The paper above the shower can be seen peeling from the wall and Stephen points out in his video that the bed divan 'doesn't even match'. The room also had mis-matched mugs next to the kettle. 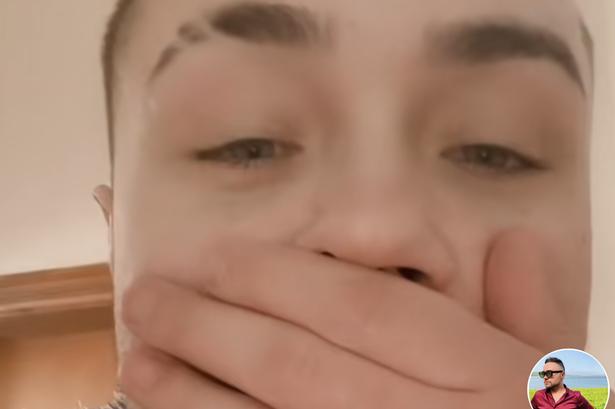 However, there was something else in the room which Stephen found more disconcerting.

"The room had a spirit," Stephen, who shot to fame on TikTok through his psychic readings, said. "Every time I said 'spirit can you do that again?' the light under the mirror flickered."

Stephen said he 'really enjoyed' his night out in Blackpool, where he met two of his top followers on Instagram, and that despite the appearance of the hotel room both he and Jake slept 'pretty well'.

One recent guest, who titled their review 'I wish I slept in my car instead', wrote: "I've been in 2 star hotels before that haven't been at all bad but this one was a dump. I visited this hotel as it was situated near Blackpool FC's Stadium, where I was visiting the following day with my club Reading, but I really wish I hadn't.

"Not only a £10 parking charge but a room that looked like something out of Chernobyl. The sheets had stains on it, it had half a coat hanger on the back of the door, a dodgy door lock, a mouldy spoon and worst of all, an extractor fan that sounded like I'd just been summoned by an exorcist. Even better, you practically had to break your neck to watch the TV.

"The bathroom didn't even have any soap! The mattress had seen far better days and it was physically impossible to enjoy a night's sleep."

LancsLive has attempted to call the owner of the Avano Hotel but they have not responded to our answering machine message.

Get all the latest news, sport and what's on stories sent to your inbox daily with theLancsLive newsletter here.