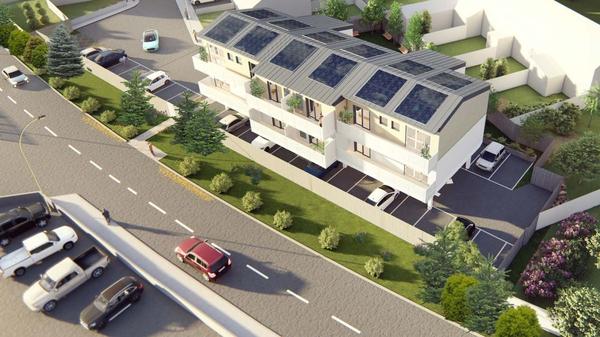 A block of eco-friendly 'modular homes' are to be built in Tiverton.

Eight flats consisting of one, two and three-bedrooms will replace a former council-owned garage block on Shapland Place, in collaboration with manufacturer Zed Pods.

It comes after six modular units at St Andrews Estate in Cullompton were given the go-ahead by Mid Devon District Council's planning committee earlier this year.

At this week's meeting, the committee was shown how the three-storey building will be elevated on a podium, allowing space for 28 car parking spaces and 16 cycle spaces.

Residents will have their own private communal green space and separate storage for bins.

In its planning application, Zed Pods said the units are built as fully fitted modules in a factory before being transported to site. They claim they are "built to higher standards than conventional houses" and are "super insulated," with triple-glazing and solar panels.

"The solar panels on the roof and the fabric efficiency are designed to create ultra-low to net-zero carbon homes with the lowest running costs possible. Impact on air quality of the development both during construction and operation is neutral."

Recommending approval, Councillor Frank Letch (Lib Dem, Lawrence) said: "I was very pleased with the carbon footprint and everything in the houses. Whether I'd want to live there is a different matter, but I think it's a very ingenious use of the land."

Despite approval, some concerns were raised about the Shapland Place proposal.

In a written statement, the town council objected, saying the "three storey building is considered both over-bearing and out of character," while also questioning some technical aspects.

One earlier public comment questioned whether the "homes on stilts" would be in-keeping with neighbouring houses, adding: "I think the building will be towering too high over existing properties that are on the development boundaries."

Another said: "Although the properties in this project look great, this location is completely the wrong place for it.

"The properties are way too tall for the area and the houses will overlook the neighbouring properties."

The lack of disabled access was a concern for some. Councillor Ben Holdman (Lib Dem, Castle) said it was: "discriminating against people who might be able to live there who have got disabilities." 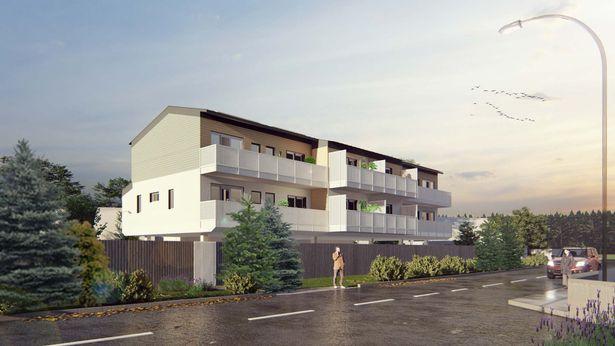 In response, a planning officer said the council tried to get disabled access into everything it could, but the nature of modular homes, as opposed to concrete structures, meant they are more difficult to adapt.

They added how: "one is not just disabled by a wheelchair" and that the benefits of achieving more affordable housing: "outweighs that concern for us at this present time because we can seek the disabled access in other developments within the area that come forward."

Councillor Clive Eginton (Conservative, Taw Vale) questioned whether the number of electric vehicle charging points - a total of three for the eight properties - was enough.

He was told the current policy only required one for every 10 homes.

Councillor Les Cruwys (Lib Dem, Cranmore) took issue with the positioning of the development: "Have you not got the whole block the wrong way around?" he asked.

"Should the balconies face gardens and the green open space and the kids play area, rather than frosted bathroom windows, and the balconies are facing an industrial estate - not a very tidy one at that - and some scrubby old fir trees which is going to block their view anyway?"

He was told if it was the other way around it would: "introduce a level of overlooking which isn't there at the moment, so that's why it's going to be designed in that way."

Despite some of the comments, the committee went on to approve the scheme by eight votes in favour, with one abstention.

Portfolio holder for housing, Councillor Bob Evans (Conservative, Lower Culm), previously praised Zed Pods after they were featured at the COP26 climate summit in Glasgow and said the plans represented the: "much-needed first step in a new chapter of social housing delivery for the people of Mid Devon."

He continued: "I personally hope this is the start of a journey that sees Mid Devon as an authority being seen as a deliverer of social and affordable housing in the UK and a leading council for not just a concept but for delivery."

Speaking after the meeting Simon Newcombe, corporate manager for public health, regulation and housing, said: “We are committed to providing high quality, social housing across the district and these two projects in Tiverton and Cullompton will help us deliver our ambitious housing plans.

“I look forward to seeing these exciting developments move forward over the course of the year.”

Tom Northway, chairman of Zed Pods, added: "This project will not only benefit from eight zero-carbon affordable homes, but will be a pioneering scheme of bringing previously unviable sites forward for residential use.

“We will build these units offsite and employ local tradespeople for onsite work, helping both the local economy and local community.”

Once works have been completed the properties will be made available for people with a local connection to Mid Devon to bid on Devon Home Choice.

Get the best stories about the things you love most curated by us and delivered to your inbox every day. Choose what you lovehere