Privacy concerns over security cameras monitoring use of school toilets

A Queenstown high school is defending its use of security cameras to monitor toilets, saying it helps keep students safe.

One Wakatipu High School student has been stood down after being caught by security camera repeatedly going into a toilet cubicle with other students.

The school says it is abiding by rules under the Privacy Act.

However, the Privacy Commissioner’s guidelines state “it is almost certainly going to be seen as unreasonably intrusive if you have cameras pointing at or into bathrooms”.

Many schools have security cameras installed, but several principals said it was unusual to use themto proactively monitor students’ behaviour.

Wakatipu High School principal Steve Hall said the cameras could not see into private cubicles when the doors were shut and only captured what any student or staff member could see walking past the toilet area.

They were installed in the corridor but could see through glass into a foyer area where the individual toilet cubicles were.

He confirmed the school had used the security footage to monitor whether multiple students were using cubicles at any one time and to ensure groups were not congregating outside the cubicles.

He said it was in response to complaints from parents and students about some feeling unsafe due to problems including bullying and vaping.

Ensuring only one student used each cubicle at a time was also a way of protecting students from sexual assault.

“We have acted on that to make sure toilet areas are safe spaces for everyone,” he said.

The cameras ensured toilets were safe spaces for students, and privacy was maintained by individual cubicles having floor-to-ceiling lockable doors.

The school decided to install security cameras inside the school in July 2020 to prevent vandalism and graffiti, Hall said. 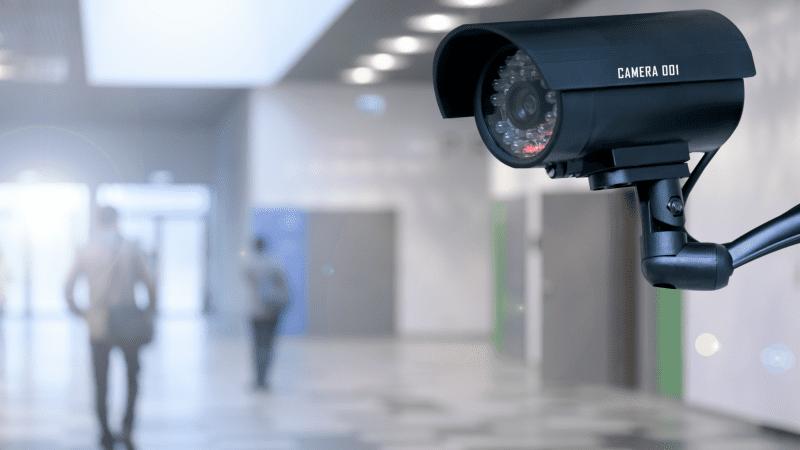 The cameras were funded by the Ministry of Education, which had approved the position of the cameras, he said.

There were no cameras inside the cubicles or the changing rooms at the school.

Hall said only authorised staff were able to view the footage, including the executive officer and senior leadership team.

They viewed the footage, sometimes daily, to make sure students were behaving appropriately, or in response to complaints. He knew of other schools using cameras in a similar way.

According to the Privacy Act, agencies must not collect information, particularly from young people, that unreasonably intrudes on an individual’s privacy.

According to the New Zealand School Trustees Association, security cameras were commonly installed in school grounds and classrooms to address issues such as vandalism and individual safety.

Shirley Boys’ High headmaster Tim Grocott said the new Christchurch school also had security cameras that captured some of the school’s toilet cubicle doors but could not see inside the cubicles.

The footage was used to identify offenders after incidents of graffiti or vandalism, not to ensure students were using the cubicles alone, he said.

“We couldn’t have a staff member sitting watching footage all day. I find it difficult to understand how any school could sustain that.”

Secondary Principals' Association of NZ president Vaughan Couillault said schools used security cameras to react to incidents such as a break-in, but it would be “very unusual” to monitor footage to keep an ongoing check on students’ behaviour.

He said the “vaping epidemic” was a massive issue for New Zealand schools and toilet cubicles were used to vape, but he believed the best way to deal with this was to educate students.

However, it was not common to proactively monitor the footage.

While schools needed to prevent bad behaviour in toilets, they also needed to respect young people’s privacy,. He recommended schools and students to work together, so students were aware and comfortable with the school’s approach.

A Ministry of Education spokeswoman said it offered guidance to schools about the use of security cameras, including guidance from the Office of the Privacy Commissioner about storing and accessing the information that was collected.

Schools did not require permission from parents to install security cameras, she said.