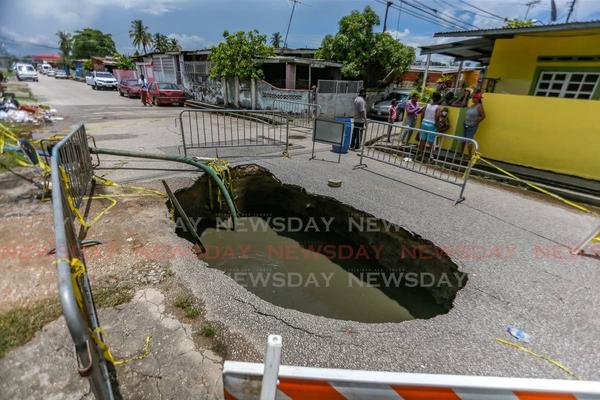 Residents of Main Street, Beetham Gardens want a major sinkhole, caused by a ruptured sewer line, to be immediately repaired. They are threatening to protest if this isn’t done as the hole poses a public health risk to the community.

When day visited on Tuesday, residents were standing in front of a huge hole cordoned off with caution tape and metal barricades. The foul scent of sewage came from the hole, which was filled with dirty water.

The residents said the hole has been left to get worse over the past 13 days. They estimate it to be about 15 feet wide and 25 feet deep. They say it is unacceptable and should be immediately addressed.

Debra Farrier said the hole formed on August 18, and when it rains the manhole covers would lift and sewage would spill into the surrounding homes.

“I got it in my kitchen and the bathroom. Then it came up in the kitchen sink and then on the floor.”

She said the hole was initially about three feet wide, and as the days went by it kept getting wider and deeper. Farrier said the Water And Sewerage Authority (WASA) arrived on August 19, put in a pump to extract water and barricaded the hole with metal rails and caution tape, but nothing has been done since.

Anthony Warren said the water was undermining the foundation of some people’s homes.

“We are calling on the relevant authorities to just come and do something.” 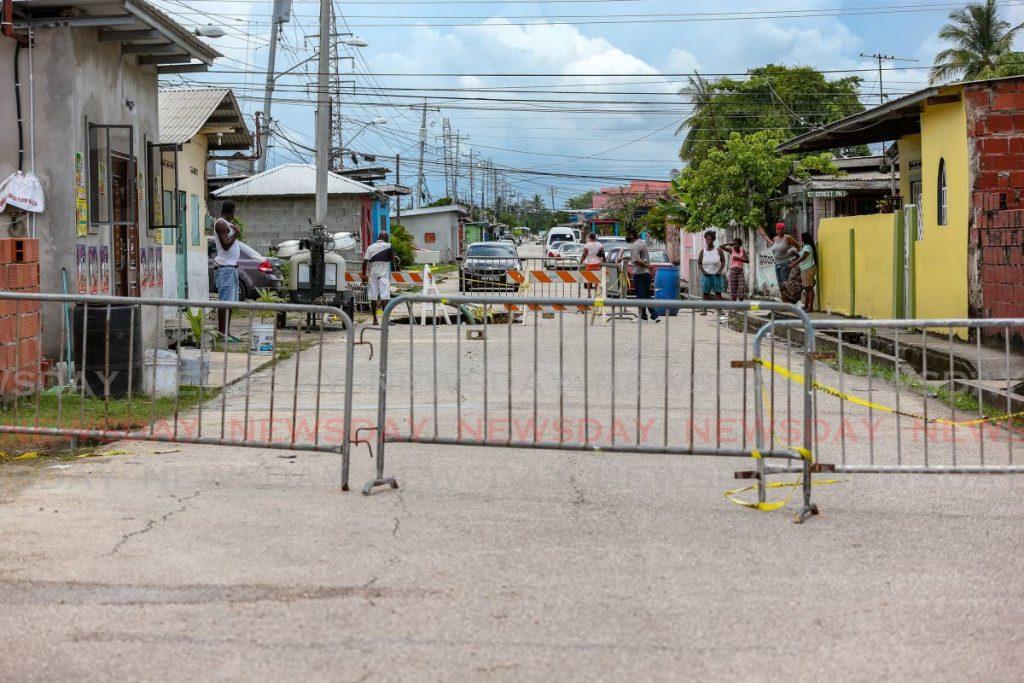 He said the entire community is at risk.

“This is a hazard. Covid going around. It is not to say this is normal water – it is sewage.

"It have filth coming up in the water. Little children walking. Rain falling every day...the scent. It backing up in people’s toilet bowls. We are human beings just as the rest of the country.”

He said if the relevant authorities were not sent to repair the line by Wednesday, they would take matters into their own hands.

Warren said no one would be injured, but they would block the main roads and let their voices be heard.

Another resident, Rasheed Harrigin, said, “The inconvenience for people who own cars down here is...we have no access in and out of Port of Spain from the Beetham right now.

“The road is blocked. You have to go all the way up by Maritime, where they doing a big construction. When you coming down the Eastern Main Road by T&TEC, the road is blocked. They are doing work there. It is difficult and impossible for people to pass,” he said.

Harrigin asked if the authorities could temporarily open the bus route from Servol to Central Market until it is repaired.

Many have to travel in and out of Beetham Gardens to work in Port of Spain and vehicles around there were trapped, he added.

When contacted on Tuesday, Public Utilities Minister Marvin Gonzales said it was the first time he was hearing about the matter. He said he sympathised, understood and apologised for the frustration and the lack of urgency from the authorities who responded.

Gonzales said he did not know if it was a WASA problem or if it required collaboration with the Ministry of Works to have the problem addressed.

He promised to look into the matter.