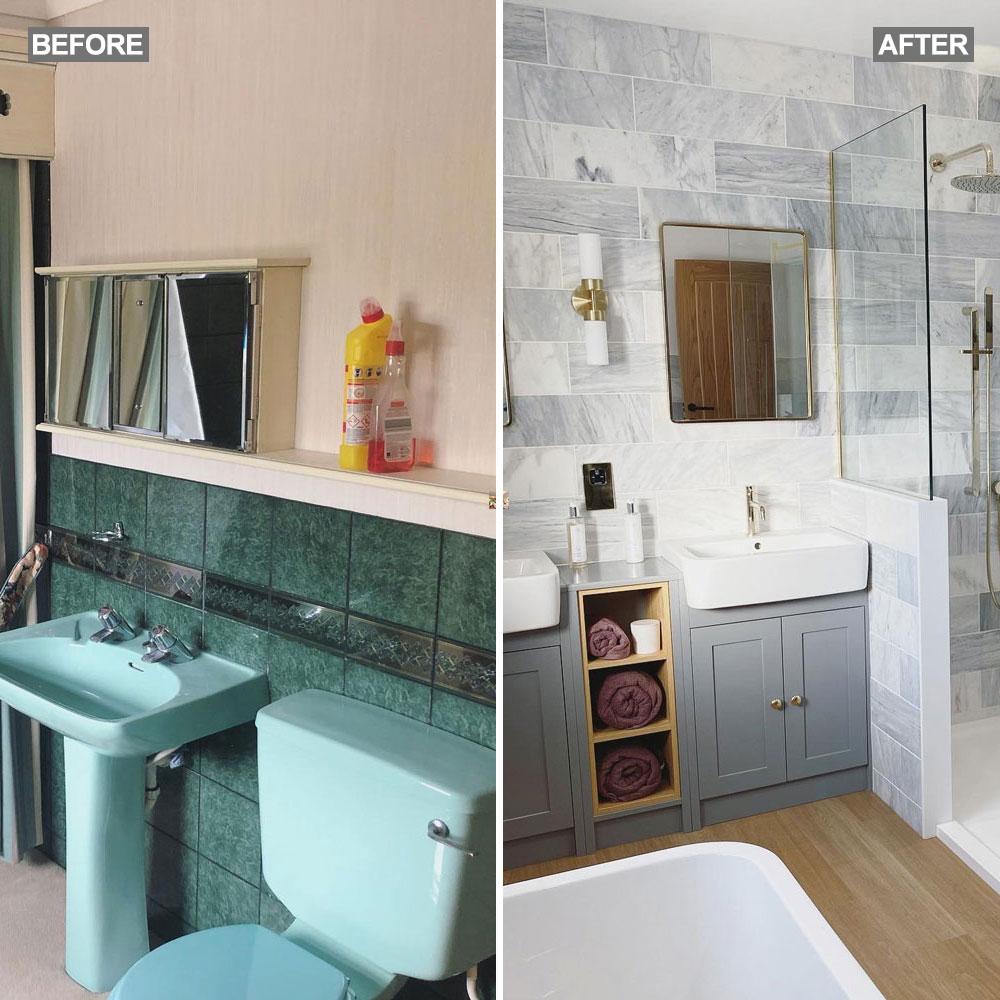 See how a couple saved £11,000 on this incredible DIY grey bathroom makeover

A couple from Worcestershire saved more than £11,000 on their dream bathroom after designing, sourcing and installing everything themselves.

Laura Crombie and her husband Rian, who live in a village in Worcestershire with daughter, Sophie, 3, received quotes of more than £15,000 for their bathroom transformation but managed to do it all for less than £4,000.

‘The old bathroom was pretty awful, with a weird pelmet above the bath, a turquoise suite and thick carpet,’ says Laura. ‘We knew it was the first room we wanted to renovate when we moved in but we couldn’t believe how high the quotes were.’

After moving into the four-bedroom detached 1960s house last July, Laura and Rian ripped out the old bathroom and then received quotes from a number of local bathroom companies. ‘Our budget was a maximum of £5,000, so we were gutted when the quotes came back at three times that amount,’ says Rian.

Undeterred, the keen DIY-ers decided to tackle the project themselves. Laura, who is a homes journalist, had a clear vision for how she wanted the room to look was confident she could achieve a high-end look on a budget. 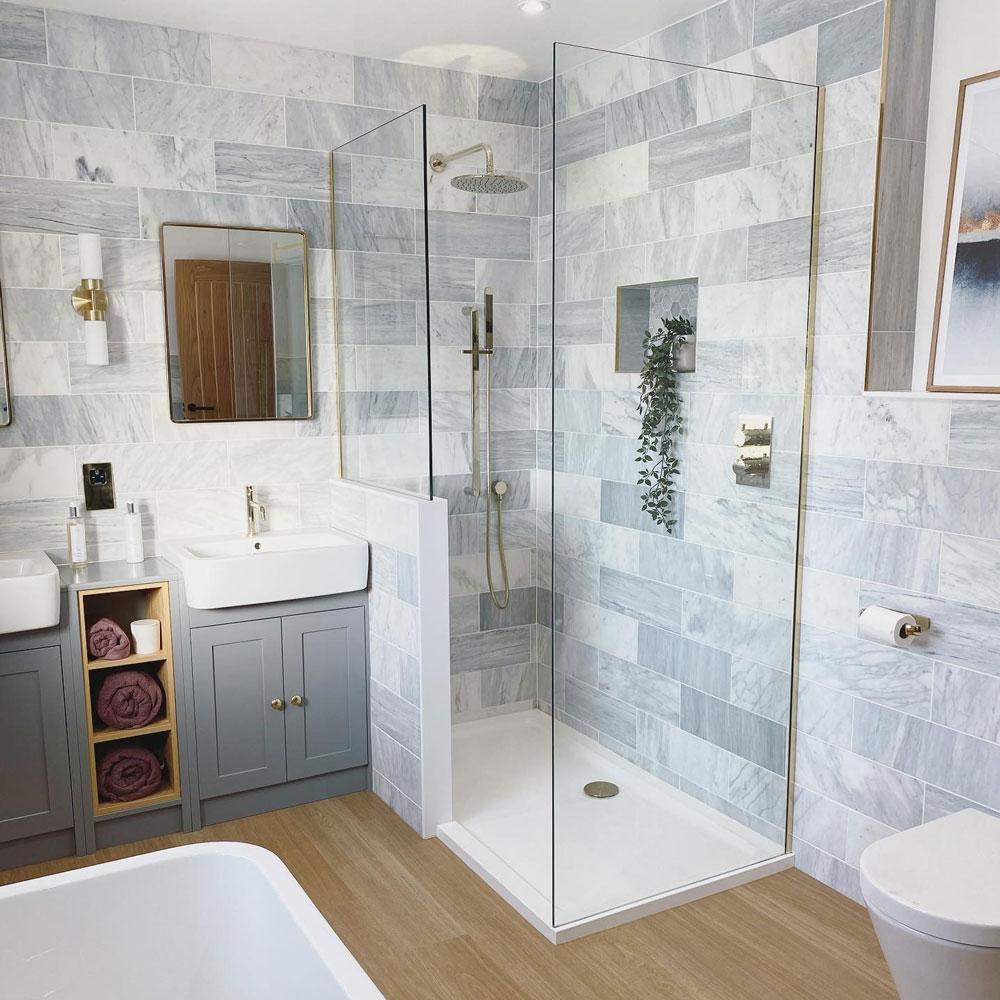 ‘It was hard work but I spent hours shopping around to get each element as cheaply as I could,’ she says. ‘We ended up with the suite in our hall for six months as I ordered it from Victoria Plum as soon as there was a sale on!’

With a new layout drawn up, Rian, who was on furlough from his job as a pilot, started using YouTube videos to teach himself how to plumb everything in. He took up the old floorboards, created new water supplies for the two sinks and a separate bath, built a stud wall with a storage niche, and even rerouted the soil stack. ‘A lot of it was trial and error and it was slow going at times,’ he explains.

For more advice on how to plan a bathroom take a look at our guide.

To achieve that coveted high-end look, the couple opted for on-trend gold shower, gold taps, double vanity and back-to-wall bath from Victoria Plum. They also chose real marble tiles from Topps Tiles, which they hung themselves. The wall light, from Made.com, and mirrors, from Wayfair, were all purchased in sales.

Some of the best savings included the bespoke shower screens and white tops used to finish the half wall and shelf above the toilet.

‘The quotes we got for the shower screens were ridiculous, so we decided to call local glass companies for quotes. We had to make our own templates from MDF but we got both screens for £340 and then we just had to buy the u-channels to attach them to the wall, which were about £90,’ says Laura. The white surfaces were worktop offcuts and a local company cut them for just £40.

In fact the only thing the couple didn’t do was fit the Karndean flooring, in a warm oak finish. ‘The flooring was the finishing touch and we wanted to make sure the warranty was valid, so we paid a professional to install it – we decided we could treat ourselves at that point!’ adds Laura.

If you’re considering trying a bathroom remodel yourself, here are few of Laura’s top tips:

Related: Be inspired by this on-trend bathroom makeover that cost just £45!

Have you been inspired to try your hand at a spot of DIY?