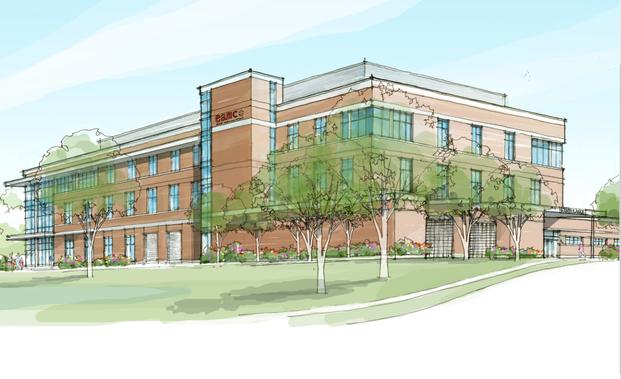 The Auburn University Board of Trustees addressed several facility changes at its Nov. 12 meeting.

The College of Agriculture will work with Architecture Works of Birmingham for the college’s plan to create a Transformation Garden on campus. The firm will serve as project architect, transforming a 16-acre parcel between Lem Morrison Drive and Woodfield Drive into a garden that will allow the college to enhance its teaching and outreach efforts for students and the public.

Students will be able to utilize the space to gain hands-on experience with the latest industry practices, and research faculty will be able to tackle key challenges. The garden can also be a production facility for Auburn’s Campus Dining program, which has benefitted from collaborating with the college to produce fresh produce and fish for some campus dining facilities.

The Transformation Garden will be developed in numerous phases over the next several years.

In support of the garden project, the board accepted a plan to construct a two-lane campus road that extends Duncan Drive from Lem Morrison Drive to Woodfield Drive, connecting the Davis Arboretum to the Jay and Susie Gogue Performing Arts Center.

The estimated total cost of the road extension and infrastructure project is $4.1 million and will be financed by university general funds. LBYD Engineers of Birmingham was previously selected as project engineer.

A future student housing project has warranted the relocation of the Early Learning Center, the Marriage and Family Therapy Center and the Center for Health Ecology and Equity Research, all clinics associated with the College of Human Sciences, and the EAGLES program in the College of Education.

All programs are presently housed in buildings along the Haley Concourse, which will eventually be demolished to accommodate new student housing on the same site.

The Dawson Building on Donahue Drive will be remodeled to house the Early Learning Center. The second floor of Research Park Building 1, a 9,000-square-foot space, will be remodeled to accommodate the Marriage and Family Therapy Center and the Center for Health Ecology and Equity Research.

Suite 136 in Foy Hall, a 3,200-square-foot space, will be remodeled to house the EAGLES program.

The estimated project cost of $5.51 million will be financed by university general funds. Birchfield Penuel & Associates of Birmingham was previously selected as project architect.

Considering the age and condition of the buildings, university officials determined it would not be cost effective to renovate. Demolition is the best option, as its location adjacent to the campus core makes the site ideal for future academic buildings.

The project, which will be financed with university general funds, will demolish 12 of the 14 buildings that make up the Hill complex. Sasnett Hall and Boyd Hall will remain. They are not as old as the other structures and can be of use to Student Affairs.

A project to repair and refurbish the Village Residence Halls will begin next spring with Matthews and Aubie Halls. All 484 suites will be refurbished over the next four years. Work includes replacing existing flooring, casework, countertops, vanities, bathroom fixtures and air conditioning units, and repainting suites and hallways. The $9.2 million anticipated cost will be covered by Student Affairs.

The board also acted on the following facility projects:

Trustee Wayne Smith gave an update on the presidential search and trustee selection processes. He said the Presidential Search Advisory Committee and search firm of Greenwood/Asher & Associates LLC are “actively working to find the best person for the job.”

The committee and firm have hosted several public listening sessions. The board announced its national search for Auburn’s 21st president in September.

Earlier this month, Alabama Gov. Kay Ivey announced the opening for the application period to fill three open seats on the Auburn Board of Trustees. Applicants are currently being sought to fill seats in District 5 and 7 and one at-large seat. Applications, with supporting materials, are due by Dec. 6.

In other matters, the board: