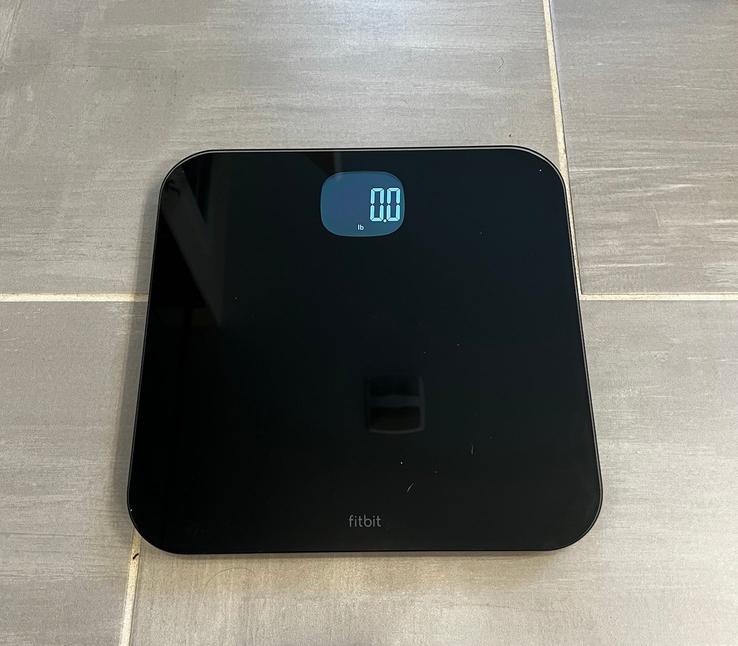 The Aria Air Is the Right Smart Scale for Fitbit Fans

This smart scale integrates easily with the Fitbit app, allowing you to compare changes in weight with Fitbit’s biometric data.

As a devotee of the Fitbit tracker and app, it only made sense for me to purchase a scale that would meld into the Fitbit fitness tracking ecosystem when my old bathroom scale finally gave up.

The Fitbit Aria Air, the lone smart scale that Fitbit offers, isn’t the cheapest smart scale on the market, but its ability to integrate seamlessly with the Fitbit app makes it worth the extra cost. When paired with the Fitbit app, the scale allows the user to set goals and track progress in beautiful graphs while also comparing changes with Fitbit’s long list of other biometric data points. 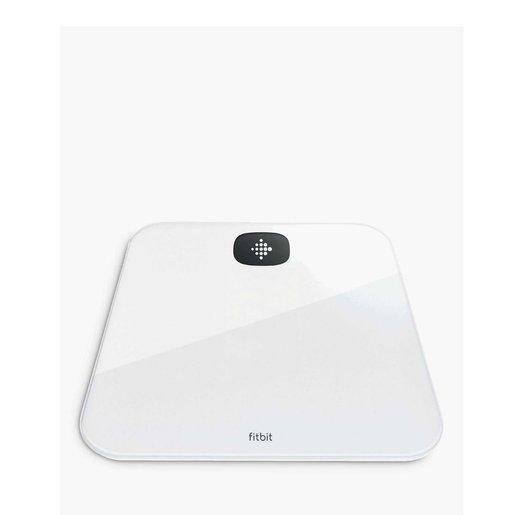 The Fitbit’s size and style make it a worthy permanent fixture on a bathroom floor. Its sleek monochromatic design mimics the modern tech look that so many smart devices employ, and blends nicely into most bathroom décor. At a hair under 4 pounds and nearly a foot long and wide, the Aria Air has a larger platform and more heft than other scales. This beefier design gives it a reassuringly stable feel when you step on top of it, though it may be a bit bulky for those who like to store their scales when they are not in use. In 3 to 4 seconds, the Aria displays my weight in four digits to the tenth of a pound on an easy-to-read digital display.

The Aria Air uses Bluetooth to connect to your smartphone, making it easier to set up than smart devices that require a WiFi password. I paired the scale in seconds by simply adding the device via the Fitbit app’s settings. There was no need to enter router passwords or go through a lengthy app-linking process.

One of the things I like the most about this bathroom scale is how quickly it sends data. Simply step on the scale while the app is open on your smartphone, and the weight is recorded in the app almost instantly. While this quick data transfer rate may sound trivial, it’s a pretty big deal on a cold morning when one’s standing au naturel on a scale waiting for it to sync.

The main thing that drew me to the Aria is its ability to integrate seamlessly within the Fitbit ecoystem. The Fitbit app is robust with its ability to gather a long list of biodata through the Fitbit watch or by manual entry. These include exercise, diet, heart rate, sleep patterns, and even water intake. I can see how all those metrics impact weight changes by adding the scale to the mix. Yes, I could enter that weight data manually, but, by automating it with the smart scale, I don’t have to remember to do it.

The app also creates beautiful graphs of my weight data, allowing me to track changes and trends over a period of weeks and months.

While the Aria Air measures body mass index (BMI), it does so through height and weight, which isn’t an accurate way of determining BMI. Other smart scales measure BMI by running a small electrical current through the body via small plates on the scale. This current determines body fat percentage based on resistance encountered while traveling up and down the legs. However, this method isn’t much more accurate than using height and weight (some BMI scales can be off by more than 30 percent!). Given those rather significant discrepancies, I didn’t see a point in paying more for a scale that claims to measure BMI.

The Fitbit Aria Air is a worthy scale for anyone who uses a Fitbit to monitor their fitness. It syncs seamlessly with the Fitbit app via Bluetooth technology, allowing one to track trends while also viewing how factors such as diet, exercise, and sleep impact those weight changes. And, at $40 on Amazon, the Fitbit Aria Air is one of the most affordable smart scales on the market.

Get the Fitbit Aria Air Digital Smart Scale on Amazon for $39.95

Disclosure: BobVila.com participates in the Amazon Services LLC Associates Program, an affiliate advertising program designed to provide a means for publishers to earn fees by linking to Amazon.com and affiliated sites.