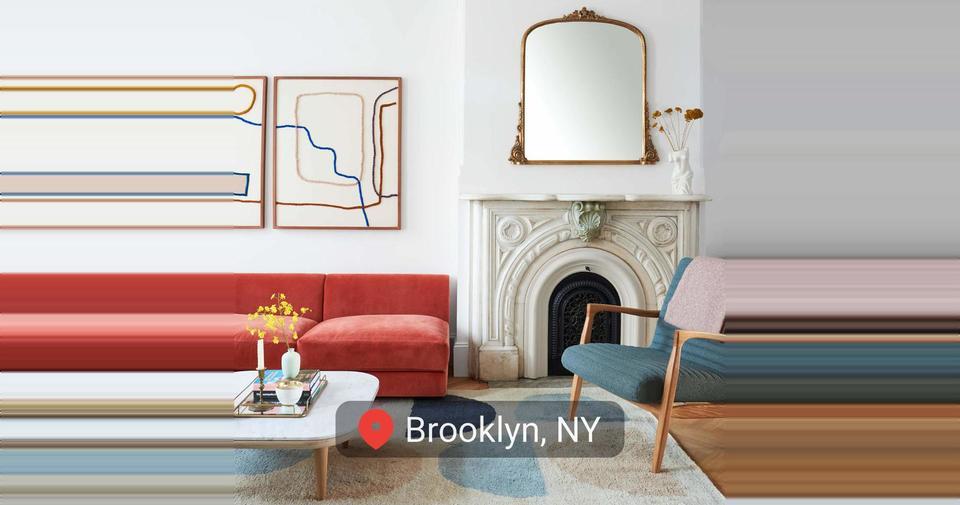 The 16-foot-wide brownstone with Italianate detail was pretty nice to begin with when a couple with a baby on the way, who had been renting locally, purchased it to use as it was already configured: an owner triplex with a garden rental.

The building wasn’t in bad shape. “The previous owners did some selective renovation, but it was a bit DIY,” said Nathan Cuttle, founder and principal designer of Brooklyn-based Studio Nato, which spearheaded a surgical renovation followed by all-new interior furnishings. The new homeowners “wanted to increase light, upgrade finishes and make it more livable and representative of them, but they didn’t want a big renovation.”

Studio Nato was brought in initially to do some millwork upgrades and add closets and other storage. The project “turned into more,” Cuttle said, including new, period-appropriate front windows with vertical muntins, a new archway partitioning the parlor floor, and a pair of sliding steel-and-glass doors on the parlor level to contain the homeowners’ two French bulldogs. The doors also keep the main rooms cool despite the lack of central air.

About four months into the project, Cuttle said, his clients “decided to pull the Band-Aid” and go ahead with a snazzy new bathroom clad in terrazzo tile. “At that point they were getting excited about moving in, so they engaged us to do the interior furnishings.”

Studio Nato drew on the backgrounds of the two homeowners — he is from California, she from Central America — to create a home with an effervescent, casual vibe, punched up with vivid color.

The pendant light in the front hall came from Kushi.

Studio Nato created a new, wider opening into the luminous front parlor, replacing existing French doors with a pair of five-foot-wide steel-and-glass doors that slide over each other. “It’s a narrow house, so the living area felt small,” Cuttle said. “The solution was to increase the visual space so you have a view of the stair.”

Flooring throughout is new, laid in a herringbone pattern on the parlor level.

Studio Nato tweaked the historic plasterwork throughout the house, making repairs and replacing flat trim with bullnose in spots. 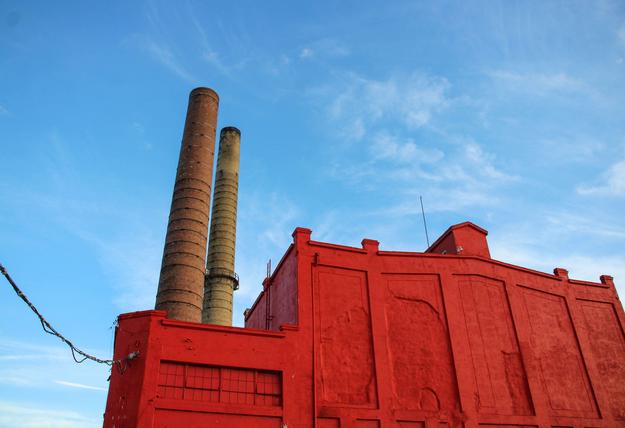 Nearly all the lively furnishings, art and lighting fixtures on the parlor level are new.

The living room is anchored by an orange L-shaped sofa from TRNK NYC, with a Fly coffee table from &Tradition, a Callan armchair from Room and Board, and a rug designed in collaboration with Minna, based in Hudson, N.Y.

The diptych artwork is from LRNCE, a Moroccan lifestyle brand.

The marble-topped dining table came with the clients from their previous home; it is accompanied by a white oak and leather bench custom-made as part of the project and cane-backed chairs from Ton, the new incarnation of the historic Czech company Thonet.

The existing kitchen at the rear of the parlor floor remained essentially as it was. New floor-to-ceiling cabinetry with front panels from Reform provide more than ample storage on the wall opposite.

A green Venetian plaster treatment distinguishes the primary bedroom on the second floor and sets off the iron bedstead.

A similar half-wall paint treatment using Benjamin Moore’s Hint of Mauve decorates a den on one of the upper floors. The modernistic pendant light is by Andrew Neyer.

“We went all out with terrazzo” in the more dated of two existing bathrooms, Cuttle said. Large-format terrazzo tiles from Concrete Collaborative clad the floor and walls as well as the vanity and tub.

A custom-built ladder to the roof was designed to prevent children from attempting the climb.

A sofa from Blu Dot and a chair and nesting tables from Article furnish an existing deck off the kitchen at the rear of the parlor floor.

The Insider is Brownstoner’s weekly in-depth look at a notable interior design/renovation project, by design journalistCara Greenberg. Find it here every Thursday morning.

Got a project to propose for The Insider? Please contact Cara at caramia447 [at] gmail [dot] com