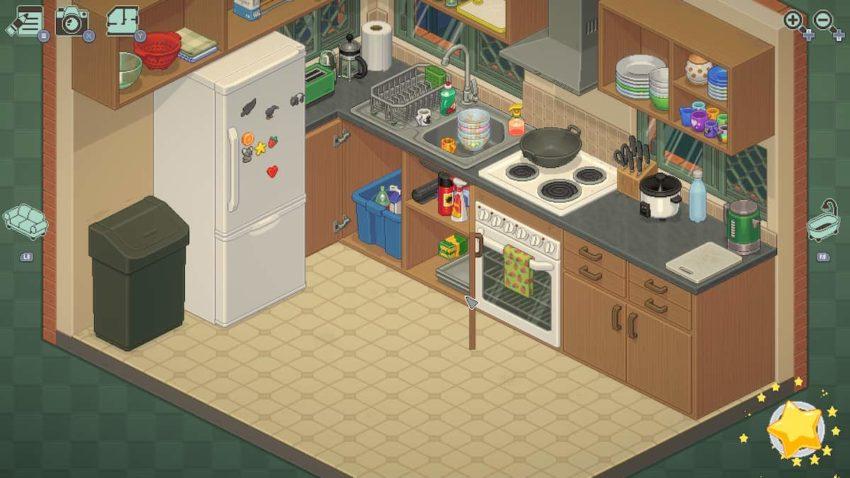 Where to put every item in 2007 – Unpacking item placement guide

The 2007 stage in Unpacking may take place in the largest home yet, but it is arguably one of the easiest you’ll encounter. Despite there now being five rooms you’ll need to tend to, plenty of items are already set in their place — leaving you with many clues as to where to place what’s leftover. Albeit, there are a few new objects being introduced here; so here’s where you’ll need to put them.

Starting with the easiest room, the kitchen’s boxes mainly contain objects that simply need to be stacked with others. For instance, all unpacked plates, bowls, and cups will just need to be dragged over to where the rest already are (as shown above). Other kitchen appliances can be stored in the cupboards and drawers below the pressure cooker. Although, you can only place the bug spray and sponges underneath the sink.

The trickiest items here are the newly-introduced star and heart objects. These actually turn out to be magnets that can be set alongside the others on the fridge. 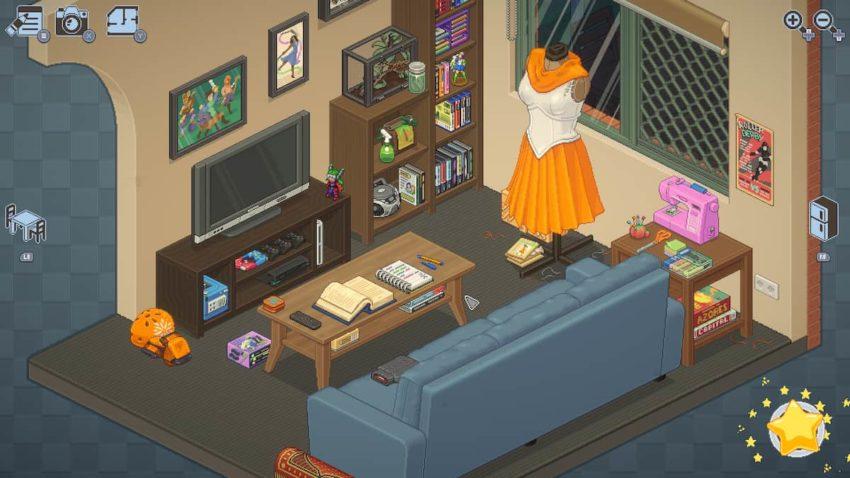 The boxes for the living room are mainly chock-filled with books and video games. As you can see above, most of these can be set onto the shelves in the back-right corner. You may soon find the shelves to be full with only a board game left that reads “Rascal” on its sides. This can be set on the lower part of the tabletop in the middle of the room.

Like levels before it, 2007’s bathroom presses players to figure out which items need to be left out on the sink. These will be everyday-use objects like the toothbrush, perfume, hairbrush, and razor. The safety kit and box of medications can then be placed in the cabinet underneath, as the tampon box and hairspray will go on the shelves to the right.

After, hang the purple towel next to the green and orange ones, and set the silver trashcan from the bedroom below them. The last item is a long wooden brush; this can be dragged onto the open hanger in the shower.

Similar to the living room, a majority of the unboxed objects in the dining room will go on the shelves. Thus, any statue or book should be set here next to items just like it. If you’re running out of room, move the camera up to expose an additional shelf needing to be filled. To then complete the room, hang the remaining picture frames near the pair already on the wall.

Unfortunately, the bedroom will be completely empty once you get to it — so no clues here. However, begin by placing several books into the two desk shelves to the left, with the marker and pencil boxes needing to go on the shelf to the far-right. After you open the closet doors, any socks or bras found should go into its drawers, with the jeans and shirts needing to be placed above them. The closet should also hold the frisbee, vacuum, and workout weights.

All electronics found are required to be positioned on the desk, but the desktop will have to go into the cubby underneath. The stuffed animals and blankets can be placed on the bed (in no particular order), but all frameless photos can be attached to the board over it. Any remaining items can be set at the feet of the bed, triggering the gold star animation for a job well done.

Related: Where to put every item in 2010 – Unpacking item placement guide