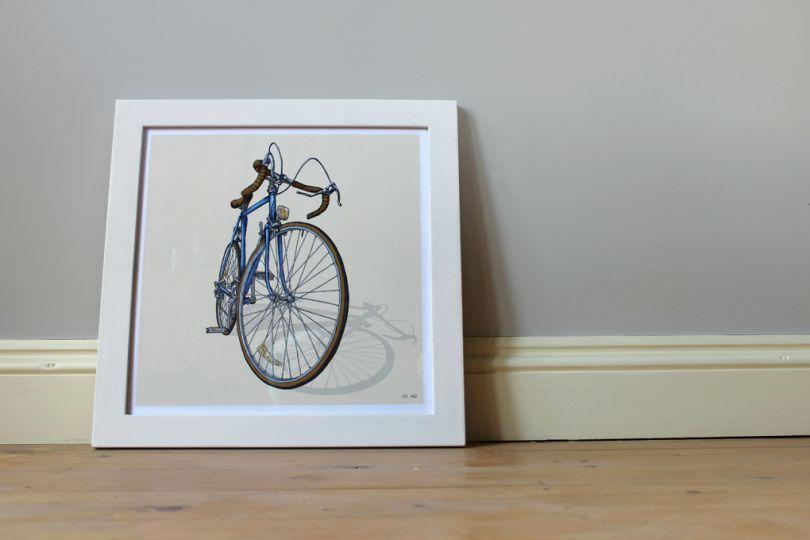 How Artists Have Paid Homage to the Bicycle

“Modernism — and modern art — would never exist without bicycles.” That’s the claim made by a new group exhibition at Manhattan’s Susan Inglett Gallery, Re: Bicycling, curated by David Platzker in collaboration with Alex Ostroy, founder of the eponymous NYC cycling label. Through more than 20 works spanning more than a century, from the Industrial Revolution to the present, the show pays homage to the wondrous two-wheeled vehicle and its awesome potential for autonomy and freedom.

When we think of bicycles and modern art, one of the first works to come to mind is Marcel Duchamp’s “Bicycle Wheel” (1913) the earliest of the conceptual artist’s provocative Readymades.

“It’s the hallmark image. When it comes to Modernism, you can’t separate the fact that revolutions were on bicycles. Almost every one of the Surrealists, Dadaists, and Futurists did something with a bike,” Platzker told Hyperallergic. “They took it to heart that this was a means of self-powered locomotion.”

But the show expands the visual repertoire of cycling far beyond this formative reference. Contemporary works like Sarah Sze’s “Lifted” (2020), a silver plated chain and bike lock hooked to a bench at the gallery, tap into the surprising elegance of a rarely cited and perhaps less glamorous signifier of the bicycle. A similar dynamic is at play in Claes Oldenburg and Coosje Van Bruggen’s “Bicyclette Ensevelie, Fabrication Model of Pedal and Arm” (1988), a wooden construction that puts the humble pedal on a pedestal. And in her painting “Ridin Solo” (2020), Nina Chanel Abney extolls the joys of cruising alone, portraying a lone biker shirtless and beaming, in her distinctive graphic style.

“It’s about as close to a before, during, and after trippy encapsulation of what it’s like to ride a bike on LSD on a warm early summer day,” Platzker says.

Every Wednesday during the run of the show, Platzker is leading group bike rides from Susan Inglett Gallery down the path of the Hudson River Waterfront Greenway, stopping at the Little Red Lighthouse at the base of the George Washington Bridge and returning to the gallery for refreshments. The rides are slow and easy, “tight fitting lycra outfits not required,” Platzker promises.

The bike rides leave from Susan Inglett Gallery (522 W 24th Street, Manhattan) every Wednesday at 10:30am. Emailed RSVPS are required to info@inglettgallery.com.

Both the exhibition and the concurrent group rides embrace what Platzker calls “the camaraderie of motion.”

“The culture of cycling has changed so much over the last few years, from being white middle-aged guys in lycra to the breadth of people in New York City. It’s been amazing to watch, and you can time it exactly with the inception of city bikes and the expansion of bike lanes,” he said. “It encourages people to come out in numbers.” 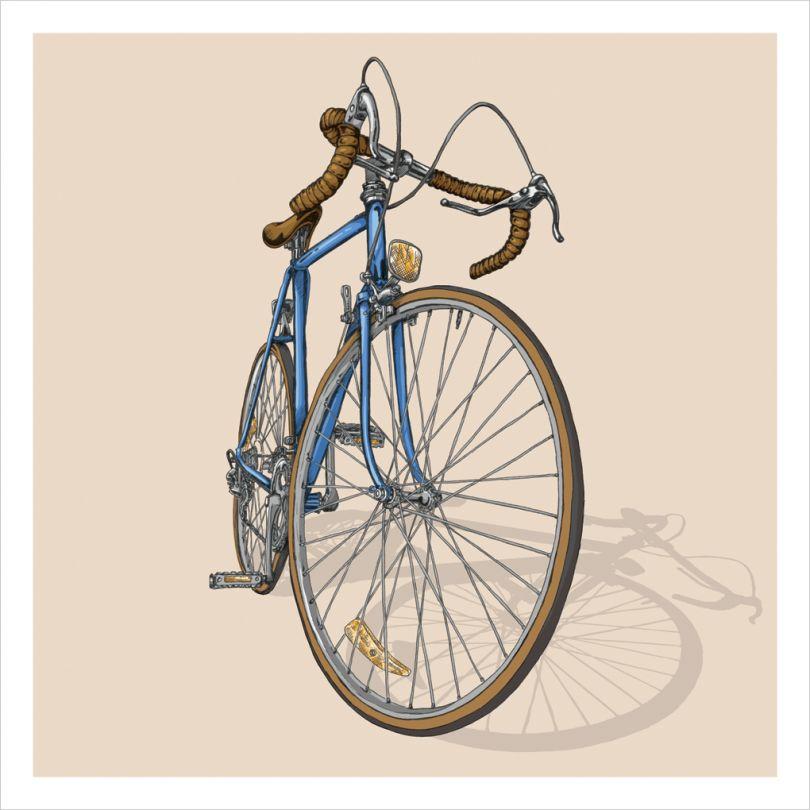 The incoming culture commissioner vocally opposed legislation that grants noncitizens in the city the right to vote, among other controversies.

A must-read list of our critics’ reviews and director interviews of this year’s nominees.

Black Mountain College Museum + Arts Center launches an international prize for the most innovative artists working in the spirit of BMC today.

A Hogarth Survey Has Good Intentions but Misses the Mark

Why assemble the most significant grouping of Hogarths from far and wide without indicating why calling out the faults in historical artworks is important to our understanding of our world today?

Walter Pater famously said, “All art constantly aspires towards the condition of music.” Korman’s paintings exist in a musical state.

Byrne’s drawings makes me wonder what else art is for, but to remind us that what we call “being reasonable” is too often our expedient alibi for not using our imagination.

In San Marcos, A Homecoming for Bill Hutson

Hutson’s textured work honors and challenges his city across mediums in a long overdue exhibition.

Join Jennie C. Jones and Her Collaborators for a Special Evening at the Guggenheim

On March 24, poet Fred Moten and musicians Brandon and Cecilia Lopez will accompany Jones on an experimental program interweaving visual and sonic arts.

The War in Our Country and on Our Phones

When we communicate with relatives and acquaintances in Russia it can feel like we’re living in parallel worlds.

by Anya Ivanenko and Jenya Polosina

This week, an ancient animal is named after President Biden, sportwashing, blood art in museums, almost the world’s biggest potato, and more.

Support Critical Aid Efforts in Ukraine With These Art Fundraisers

Donate to verified relief organizations by purchasing a print or attending a concert.

Valentina Di Liscia is Co-Editor of News at Hyperallergic. Originally from Argentina, she studied at the University of Chicago and is currently working on her MA at Hunter College, where she received the...More by Valentina Di Liscia