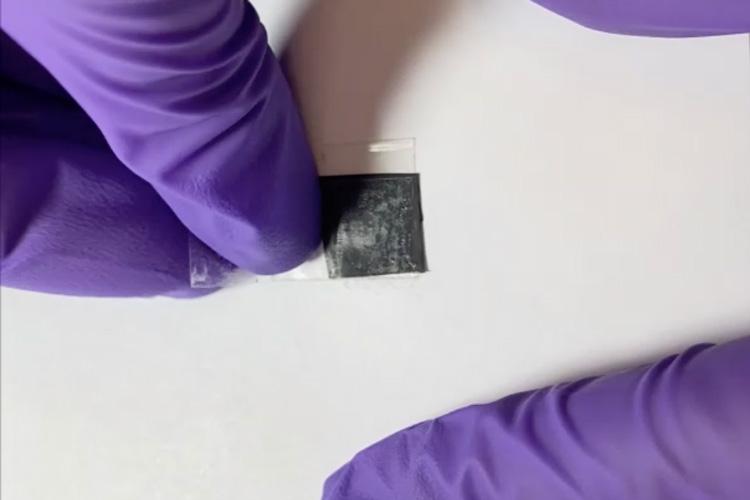 You are free to share this article under the Attribution 4.0 International license.

While many cities and eight states have banned single-use plastics, bags and other polyethylene packaging still clog landfills and pollute rivers and oceans.

One major problem with recycling polyethylene, which makes up one-third of all plastic production worldwide, is economic: Recycled bags end up in low-value products, such as decks and construction material, providing little incentive to reuse the waste.

“The vision is that you would take a plastic bag that is of no value, and instead of throwing it away, where it ends up in a landfill, you would turn it into something of high value,” says John Hartwig, the chair in organic chemistry at the University of California, Berkeley, and leader of the research team.

“You couldn’t take all of this recycled plastic—hundreds of billions of pounds of polyethylene are produced each year—and turn it into a material with adhesive properties, but if you take some fraction of that and turn it into something that is of high value, that can change the economics of turning the rest of it into something that is of lower value.”

For most plastics, recycling means chopping it up and forming it into generic products, in the process tossing out many of the properties painstakingly engineered into the original plastic, such as pliability and ease of processing. And while new methods of recycling can break down plastics into their chemical constituents for use as fuels or lubricants, these products, too, are low-value and can be environmentally questionable—another fossil fuel to burn—or have a short lifetime.

To make recycling more attractive, researchers and the plastics industry have been looking for ways to “upcycle”—that is, convert recycled plastic into something more valuable and longer-lived.

The chemical process that Hartwig and his colleagues developed keeps many of the original properties of polyethylene, but adds a chemical group to the polymer that makes it stick to metal: something polyethylene normally does poorly. His team showed that the modified polyethylene can even be painted with water-based latex. Latex easily peels off standard low-density polyethylene, referred to as LDPE.

“We are able to enhance adhesion, while preserving all the other traits of polyethylene that the industry finds so useful,” says coauthor Phillip Messersmith, professor in the departments of bioengineering and materials science and engineering.

“The processability, thermal stability, and mechanical properties seem to be unharmed while enhancing adhesion. That is tricky to do. That is really where we have some exciting things to show.” 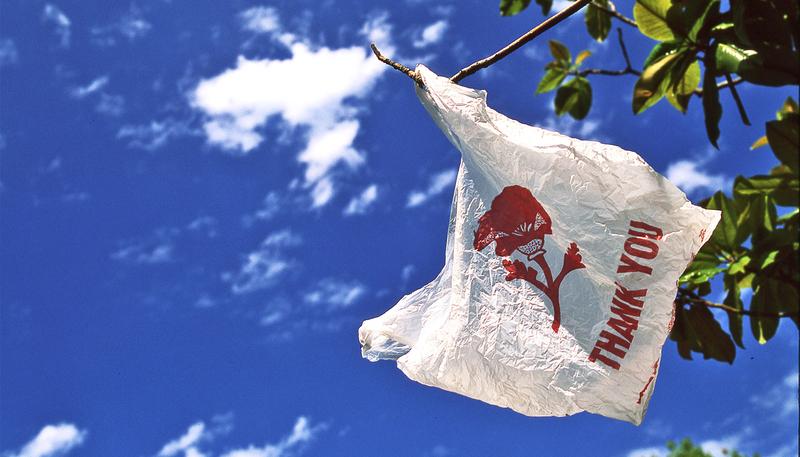 While the process is not yet economical for industrial use, Hartwig believes that it can be improved and could be the starting point for adding other properties besides stickiness. The success also hints that other catalysts could work with other types of plastics, such as the polypropylene found in recycled plastic bottles, to produce higher-value products that are economically attractive.

Hartwig specializes in designing new catalytic processes—in this case, adding small chemical units to large hydrocarbon chains, or polymers, in very specific places—to create “functionalized polymers” with new and useful properties. Such reactions are difficult, because a major selling point of plastics is that they are resistant to chemical reactions.

For this project, he wanted to see if he could add a hydroxyl group—oxygen bound to hydrogen, or OH—at a small fraction of the carbon-hydrogen bonds along the polyethylene chain.

“Polyethylene usually has between 2,000 and 10,000 carbons in a chain, with two hydrogens on each carbon—really, it is an ocean of CH2 groups, called methylenes,” he says. “We dipped into the literature to look for the most active catalyst we could find for functionalization of a methylene position.”

Hartwig and postdoctoral associate Liye Chen settled on a ruthenium-based catalyst (polyfluorinated ruthenium porphyrin) that satisfied these requirements and also could add OH groups to the polymer chain without the highly reactive hydroxyl breaking the polymer chain apart.

The reaction, surprisingly, produced a polyethylene compound that sticks tightly to aluminum metal, presumably by means of the OH molecules affixed along polyethylene’s hydrocarbon chain. To better understand the adhesion, Chen teamed up with Katerina Malollari, a graduate student in Messersmith’s lab, which focuses on biological tissues with adhesive properties—in particular, a glue produced by mussels.

Chen and Malollari discovered that adding a relatively small percentage of alcohol to the polymer boosted adhesion 20 times.

“The catalysis introduced chemical changes to less than 10% of the polymer, yet enhanced dramatically its ability to adhere to other surfaces,” Messersmith says.

Getting polyethylene to adhere to things—including latex paint—opens up many opportunities, he says. Artificial hip sockets and knee implants often integrate polyethylene with metal components and could be made to adhere better to metal. Functionalized polyethylene could be used to coat electrical wire, provide the glue that sticks other polymers together—in milk cartons, for example—or make more durable composites of plastic and metal, such as in toys.

Hartwig foresees more opportunities for functionalization of complex polymers, including the most common plastic, polypropylene.

The paper will appear in the journal Chem.

Support for the work came from the US Department of Energy and the National Institutes of Health.