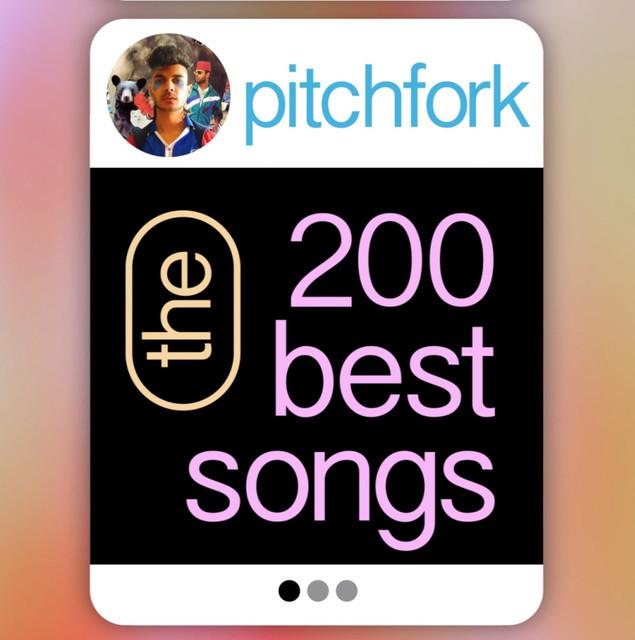 This sense of uncontainable fury is what makes her breakout single, “Smack a Bitch,” so transfixing. Over a lurching, guitar-fueled instrumental produced by Kenny Beats, Rico yells, “Thank God, I ain’t have to smack a bitch today,” as if delivering blows is part of her normal routine. Pushing her delivery into near-psychotic territory, she declares, “Your ass is done,” before cackling maniacally. Rico takes absolutely no shit, and it’s refreshing to see. –Michelle Kim

Ty Dolla $ign’s biggest, best single was one of many hits in the early half of the decade to flaunt producer DJ Mustard’s minimalist touch, realigning R&B with house music. Still, “Paranoid” stands out, its spacious snap-and-pop production setting the stage for our narrator to hit the club only to encounter two girls he’s seeing, both of whom are wearing matching heels and “the same damn fragrance.” Ty wonders if it’s some sort of set-up or if it’s all just in his head. This internal debate is punctuated by his own quivering backing vocals, a Greek chorus commenting on a twisted spin through modern romance. –Jordan Sargent

Balvin worked with William to reinvent the source material, adding Spanish lyrics, chants, and ferocious Latin percussion. His lines like “el mundo nos quiere” (“the world wants us”) transform the song into a universal call to the dancefloor, an embrace of solidarity and unification at a time of enormous worldwide polarization. Aided on the remix by Beyoncé, who audaciously tackles Spanish and ups the diva ante, “Mi Gente” became the first all-Spanish song to reach the top of Spotify’s Global Top 50 chart. It remains a testament to pop music’s ability to push back against growing neo-nationalist fervor—there was no border, no wall, that could keep people from coming together and loving this song. –Jason King

On “Incredible,” Future’s giddy ode to rebound romance, he and his new woman do hot yoga together and send each other “XO” texts. But he isn’t just intoxicated with this fresh love—his zeal for money and jewelry (and Vicodin) loom just as large in his lyrics. Meanwhile, the song’s hook is so simple and so instant—basically, an Auto-Tune hiccup of the title phrase—that it’s a wonder it hadn’t been done before. Producer Dre Moon frames the rapper’s warble in moonlit synths and limber bass for an effect as frothy as an island cocktail. There’s an extra glimmer of hope in hearing such unabashed exuberance from Future in light of his long history of zonked-out moroseness. “I’ma do whatever it’s gon’ take to keep my baby spoiled,” he vows happily, sounding like he truly means it. –Marc Hogan