Home → Door and window purchase → Can you smell that smell? Stink bugs have invaded the Tri-State by the millions 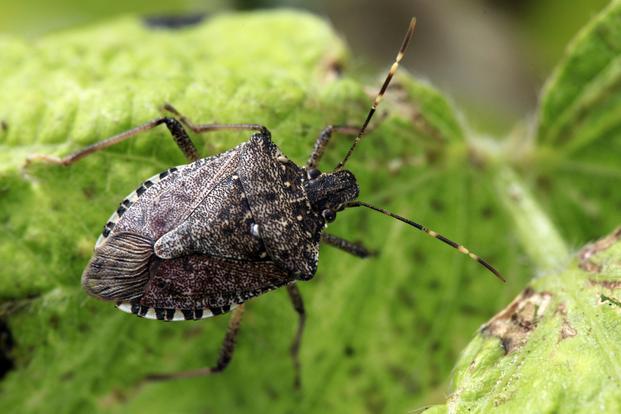 Can you smell that smell? Stink bugs have invaded the Tri-State by the millions

Folks in the Tri-State spent months earlier this year bracing for the emergence of the Brood X cicadas, which proved largely to be a non-event in these parts.

But we hadn’t counted on the stink bugs.

Uncountable hordes of brown, dime-sized, shield-shaped flying insects — an invasive species that’s been in the region for only a few years but is growing rapidly in numbers — are being reported in the region.

More:5-day blood supply is ideal for hospitals; in Tri-State, there's about a half-day in stock

“They are everywhere right now!” Hendersonian Jamie Risch declared. “All over the backside of our home.”

“Hundreds! Everywhere!” exclaimed Susan Taylor, a resident of the West Side of Evansville.

“This year hadn’t been bad until a couple of weeks ago, and now they are everywhere. Everybody in Spottsville has them,” Larry Allen reported.

“I would estimate 2,000 or 3,000 on back of the house just today,” Johnny Boucherie, who lives between those two Henderson communities, added.

“You should go to Geneva,” Allan Evans offered. “Swarming with them!”

An Owensboro man said when he and co-workers left work recently, stink bugs were swarming their parking lot, landing on people and their cars; a rural Henderson County homeowner said she has to choose which door to enter to prevent the bugs from flying inside.

Some annoyed folks are prompted to smash the creatures, only to discover the inspiration for the creatures’ name: they emit a foul odor when crushed.

“I wish I could smash them all into a pulp, but no-o-o-o, that would only release the cilantro vomit aroma,” Anchorage resident Cary Willis said. 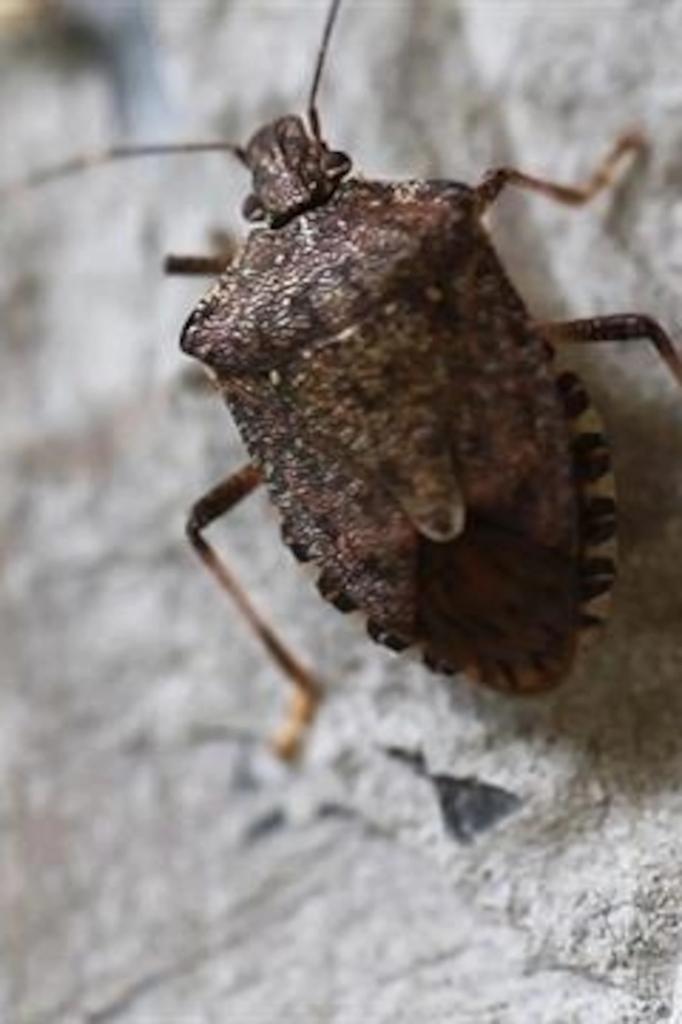 “Our dogs like to jump and (snap at) them, and when they catch them, the dog breath gets worse,” Curt Hamilton of Henderson observed.

“Also, after you have picked up several, they turn your skin brown like nicotine,” Stanley said.

Her brother-in-law, Howard Moran, has a hybrid method: he puts soapy water in the bottom of his wet vac, then vacuums them off the exterior of his house.

Others are developing recipes of essential oils that they spray around doors and windows to deter stink bugs, while some swear by a concoction of hot water, vinegar and Dawn dish detergent.

Even if they’re not inside your home, stink bugs can be annoying — some would say terrifying — if they land in your hair or are flying inside your car when you’re driving.

“For some reason, I can’t handle them,” Stacey Howell of Henderson said. “I lose my dignity when they land on me.”

But he said they do cause damage by feeding on the sap of a wide range of plants including fruits, vegetables, ornamentals and some field crops.

“Stink bugs are the #1 insect pest with the peach orchard,” Tim Alexander, who manages the Cardinal Farms orchard south of Henderson, reported.

Though there many kinds of species of insects known as stink bugs — some green, some black, some multi-colored, more than 200 in North America alone, according to the Orkin pest control company’s website — the kind that are bugging people this year aren’t a part of most adults’ childhood memories.

Native to China and some surrounding countries, the brown marmorated stink bug (BMSB) was first collected in the U.S. in Allentown, Pennsylvania, in September 1998, having presumably hitchhiked on imported cargo.

“They are strong fliers and are adept hitchhikers, traveling from place to place on vehicles or supplies on trucks,” according to Rideout.

With few natural predators in North America, the invasive creatures quickly made themselves home here. The presence of the stink bugs in Kentucky was first reported in October 2010, according to the UK Department of Entomology; they were detected in Henderson County by 2013.

Since then, the brown marmorated stink bug has been detected in 47 U.S. states, stretching from Maine to California, according to the USDA-funded website StopBMSB.org, which is part of a multi-university collaboration aimed to find ways to control its spread. But no quick cure appears at hand.

“This is an introduced pest and we are in the middle of seeing its numbers sky-rocket,” Meagan Diss, urban agriculture educator for Purdue Extension in Vanderburgh County, declared. “Bottom line is that this pest will do nothing but get worse.”

Even folks who aren’t seeing many of the bugs find they’re being annoyed by them anyway.