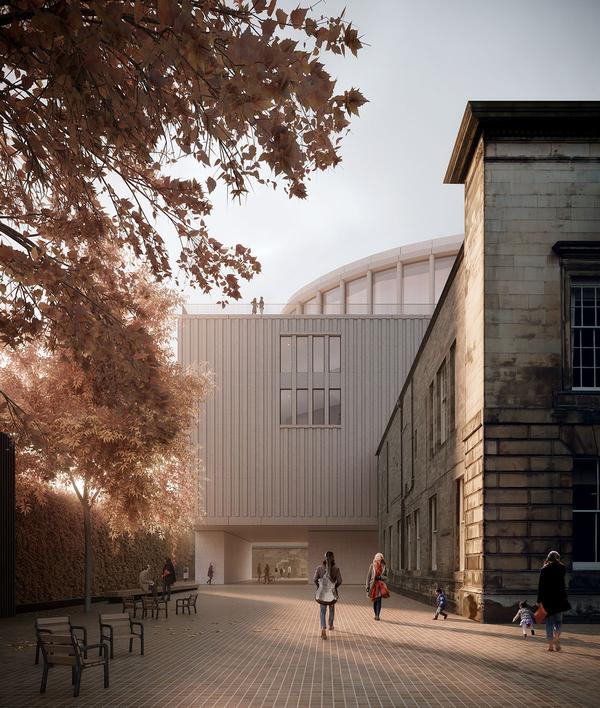 The £75m project was nearly derailed by an aggressive legal challenge by the developers of the £850m St James Centre, a neighbouring shopping centre and hotel complex masterplanned by Allan Murray Architects with BDP and Jestico & Whiles which has been nicknamed the Big Jobbie by hostile locals.

The concert hall, on St Andrew Square in the city’s world heritage site, was granted planning in April 2019 after a five-hour debate and knife-edge vote. It was then budgeted at £45m.

It objected to the Dunard Centre’s height and massing, reportedly because it would block views from the hotel’s lower floors.

Work carried on for a bit longer but was paused that December while the parties submitted to mediation. In January 2020 Impact Scotland, the promoter of the Dunard Centre, announced they had reached an agreement which involved a redesign.

The revised building is smaller, 7m lower and has lost its domed roof and a 200-seater studio but still contains a 1,000-seat concert hall which can be used for classical and contemporary performances.

It will contain multi-purpose rooms for learning, conferences and hospitality, a cafe/bar and a foyer which can host informal performances. It will provide a home for the Scottish Chamber Orchestra and a venue for the Edinburgh International Festival.

Ewan Brown, chair of the Impact Trust, said it would “fill a recognised gap in the region’s cultural infrastructure”.

The building will sit behind Dundas House in St Andrew Square, the 1774 home of Sir Lawrence Dundas which became part of the Royal Bank of Scotland estate in 1825. The banking hall, considered an architectural jewel, will be directly linked to the complex. The bank is backing the project. 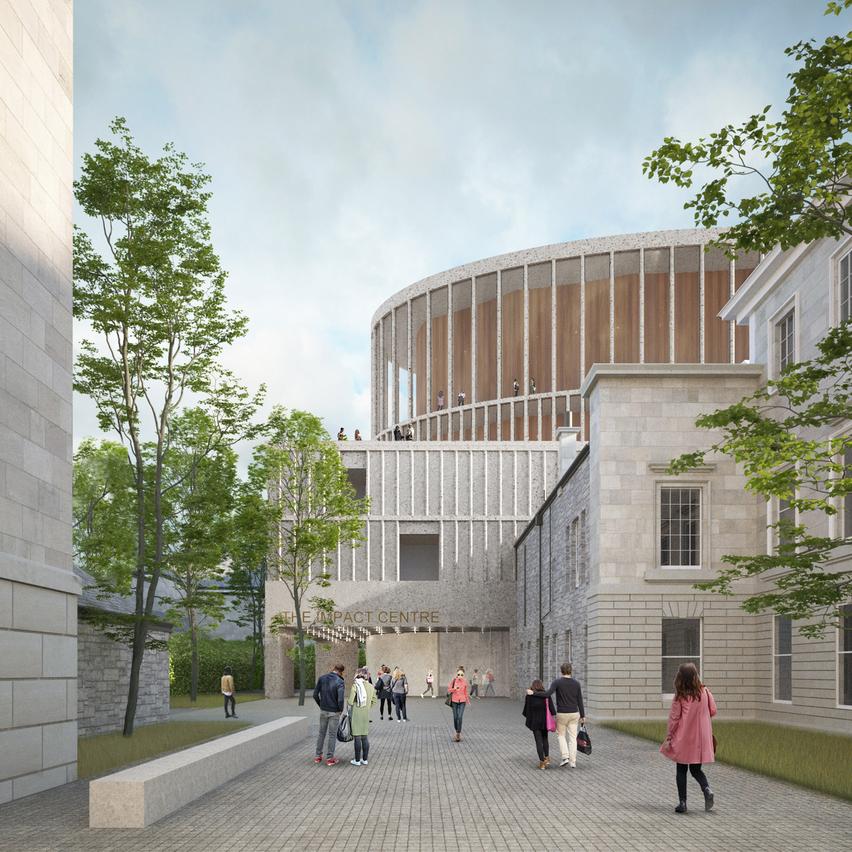 David Chipperfield said this week: “Tucked behind Dundas House and on axis with George Street, the Dunard Centre occupies a strategic site linking the formal qualities of St Andrew Square and the New Town with the more intimate atmosphere of lanes around Register House towards the new St James Quarter.

“The identity of the building is determined by its circular form, contributing to the silhouette of the city and enclosing a 1,000-seat hall. This flexible world-class facility is designed to adapt to a wide-ranging programme of performances and cultural activities, ensuring it will serve as a meaningful new addition to the life and fabric of Edinburgh.”

Martin Perry, director of Nuveen, said last year: “We welcome the initiative to substantially reduce the size of the concert hall and we are happy to work with [the promoter and council] as Impact Scotland develops a new design which addresses our principal concerns. We hope the new design will better accord with the aspirations for this quarter of the city.”

Subject to planning work will start on site in 2022 and take around three years.