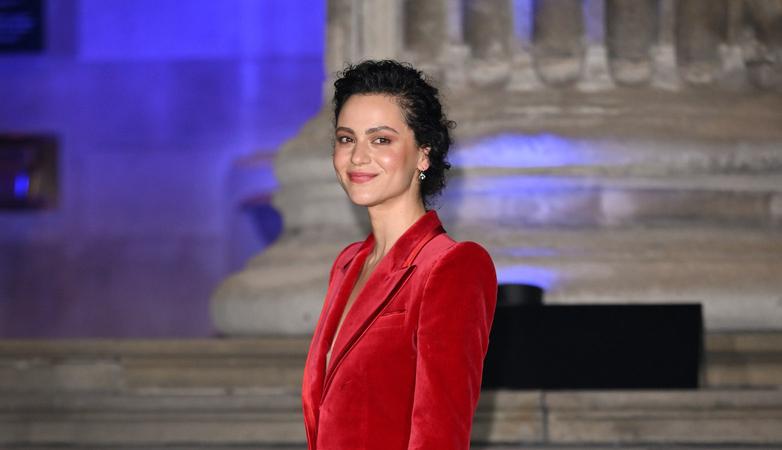 The Saudi artist has experimented with a wide range of artistic mediums, from photography to installation. But, whatever the medium, her work often explores Arab women’s place in, and relationship with, society. 2005’s “The Choice” is a monochrome series of symbolic contrasts: For example, a woman dressed in traditional clothing holds a steering wheel, while another casts a vote at the ballot box. According to a statement made by the artist, the collection is “a dialogue that discusses the restrictions placed on women due to local traditions that have become entwined with religion and identity.” This beautifully shot image, “The Choice IV,” could be seen as an act of determination and defiance, or of aspiration: Does she have to choose between traditions and playing sports, or can both coexist? Like many of AlDowayan’s works, interpretations vary, generating a thought-provoking debate.

The Moroccan artist — who often incorporates Arabic calligraphy into his socio-political, concrete installations — created this new piece, “Khayali” (My Imagination), from rusted metal. It was inspired by Moroccan author Mohamed Choukri’s 1970s autobiographical book “For Bread Alone,” in which Choukri, who only learned to read and write aged 20, discussed the many challenges he had faced in his life, including poverty, imprisonment, and a famine that forced him and his family to flee their mountain village to Tangier. The material from which Akrim’s piece is both a symbol of crudeness and could also refer to his father’s work in the construction business. It consists of layers of Arabic text — one on top of another — taken from Choukri’s book: “I hate all of those who are like my father,” “I find refuge in my imagination” and “Say your word before you die.”

In 2021, the art world lost one of its most-prominent female artists, the Lebanese-American poet and painter Etel Adnan, who was widely loved for her colorful and simple landscape paintings. Her affinity for wool tapestry is less-well-known, but she actually began making tapestry drafts in the 1960s after seeing a medieval work called “The Lady and The Unicorn” at a Paris museum. This 2018 work, “Soleil Couchant” (Sunset), was created in association with artisans in Aubusson, France. Adnan interprets a vibrant sunset in her typically minimal way with thick, block-like lines. The dark red rectangle at the center of the work represents the sun, and the sky is speckled with blue, yellow, and orange lines for a fiery effect. 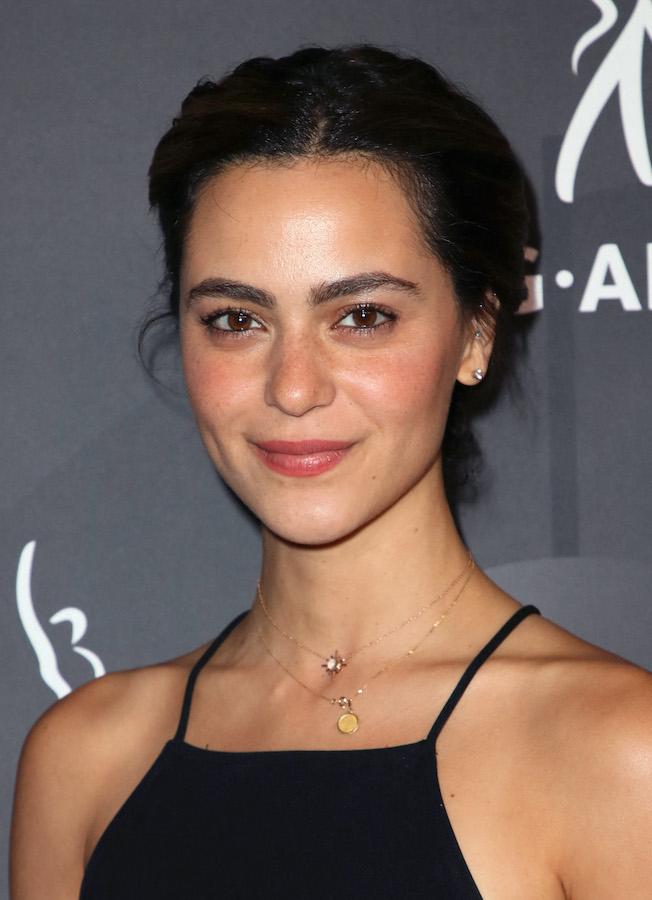 The Lebanese photographer has been photographing the streets and buildings of Beirut for years. Following the Beirut Port explosion of 2020, Mrad began capturing the many sites damaged in the blast. This image, “Back Petal,” was taken inside the city’s abandoned Grand Theater, which opened in the 1920s and was badly damaged in the Lebanese Civil War. The theater’s yellow dome is surrounded by charming turquoise and lilac, but there are signs of neglect and disintegration. “The exterior facade was renovated and the inside was left as it is,” explained Mrad. “It is very indicative of Lebanon and how we really embellish things from the outside, but inside it’s really broken and corrupted.”

“Arabesque” is a 2021 work that the Egyptian conceptual artist created by pressing hundreds of matchsticks, topped with different colors, onto a wooden surface. The outcome is visually inviting and hypnotizing — styled after the decorative motifs that are found in cultural and religious monuments in the region. The work contains a message of diversity in its rich, eclectic mélange of red, blue, and green. But it also presents a cautionary tale, as a statement published by the artist’s representative, Galleria Continua makes clear: “Every combustible element could, if lit, sweep away beauty and harmony.”

In 1991, this self-taught Egyptian visual artist underwent surgery and was confined to bed. As a result, she created her first photo-collage from collected images. She has continued this experimental and playful practice to this day. A cultural historian, Lutfi’s surreal, bizarre work is a commentary on pop-culture, politics, memory, local traditions, women’s social standing in Egypt, and urban life in the bustling streets of Cairo, where Lutfi lives. “Playing with Scissors” references the ubiquitous plastic mannequins in downtown Cairo’s store windows. In the artist’s eyes, the dolls are a sign of mass consumerism, globalization, waste and excess, and objectification of the female body.

“Fruits Garden” is a brand new painting by the Emirati artist, who will represent his country at the Venice Biennale in May. It’s a joyful and bedazzling painting that instantly attracts the eye, thanks to its bright blues, greens, and pinks and totem-like symbols, a signature element of Ibrahim’s paintings. The symbols embody a variety of shapes; some look toothy, others resemble cartoon bones. Ibrahim has created a unique style that also reflects his interest in archaeology. “His works on paper reveal his own form of language — inscriptions, lines and abstract forms that are reminiscent of ancient cave drawings — marking time and memory through meditative repetition,” reads a description written by his gallery Lawrie Shabibi.

The Emirati artist’s installation “Recollection” explores memory, time, and human relations. Each patch is a simple teabag filter, dipped into tea and hung to dry, representing a passing moment in time. Just like memory itself, some are vivid and others are fading. “The filter is a material to evoke a sense of memory; mimicking false age, depicting the past, and exposing aspects of deception and simulation,” Khoory has said of the work. “Memory is a cycle of visiting and revisiting, controlled and uncontrolled, from reality to fabrication, but what happens in the concealed in-between, where moments fade into each other?”