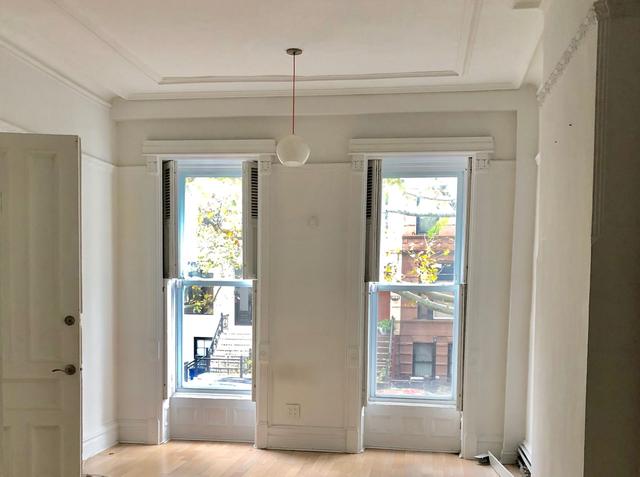 Tall, narrow windows are one of the defining characteristics of a brownstone, and for some lucky homeowners, the century-old wood windows remain intact. Often, old windows can be restored to their original condition. Other times, they need to be replaced.

So, how do you know if your wood windows are worth saving?

“Anybody that does this can look at a sash and say with pretty good certainty whether it’s original or not just by the joinery,” said Peter Madias of Method Restoration, a window restoration company. “Another giveaway is when you see the weights and chains.”

Old windows have certain joints — like mortise and tenon joints and bridle joints — that mass-produced windows don’t have, and are typically made from old-growth fir, Madias said. He restores single-pane windows by removing them and repairing them in his Brooklyn shop. On-site work is also required to repair the opening.

“It’s not cheap because it’s very skilled work and labor intensive,” Madias said. “I would always recommend restoring the windows. I’m a little biased. It really depends on the client, and if they want to preserve what’s lasted for a century or more, or do they want to be the one to throw it in a dumpster?”

While restoring oversize parlor windows may be a job best left to the professionals, do-it-yourself types eager to tackle smaller window projects may want to consult one of the many books on the subject, such as “Working Windows” and “The Window Sash Bible,” just to name two classics.

Old windows are made to last longer, Madias said.

“Windows are among the most significant features of alandmark building,” according to the LPC’s guide to window repair and restoration. If new windows are necessary, homeowners in a landmarked district must apply for a Certificate of No Effect (CNE). 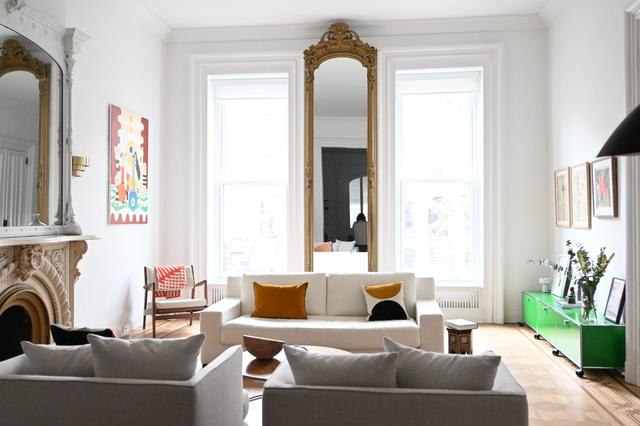 “That means you’re going to put back what was originally there, you’re ripping everything down to the original masonry opening, and you have to match brick mold profiles and details,” said Ernie Cappello of WindowFix.

Prices for high-quality floor-to-ceiling new windows such as would be found on the parlor level of a brownstone start around $2,500 and can cost up to $7,500 for windows with curved openings, including installation. Cappello recommends the brands Marvin, Kolbe and Parrett.

“They’re all custom high-performance windows,” he said. “I do whichever ones fit my clients’ needs. There’s a lot of little nuances.”

For the budget-conscious, Cappello recommends the double-hung sash kit by Sierra Pacific. If your existing frames are in good condition, new sashes are sized to fit your existing opening, and start at $1,500. More run-of-the-mill aluminum windows in smaller sizes from mid-priced companies such as Champion that might be more suitable for the rear of a house in a landmark district average about $500 each installed.

New windows are an investment that should last up to 40 years, Cappello said.

“I recommend you file for the whole front. It lasts nine years,” he said. “I have clients that hire me and once a year, I do a floor.”

Some companies also make custom reproduction windows that are exact copies of the originals, but at a steep price. Architect Joseph Koelbel had custom double-hung windows with counter weights made for a project in Chelsea. But usually, he opts for Marvin windows.

“New windows have better insulation and reduce air infiltration,” Koelbel said. That said, storm windows (interior or exterior) on top of properly maintained old windows can be even more energy efficient and cozy than new windows without storms.

“If they are really original windows and they’re high quality, then it make sense to restore them,” he continued. “But if they’re not high quality or they were replaced in the 1970s then it does make sense.”

Brooklyn in Your Inbox