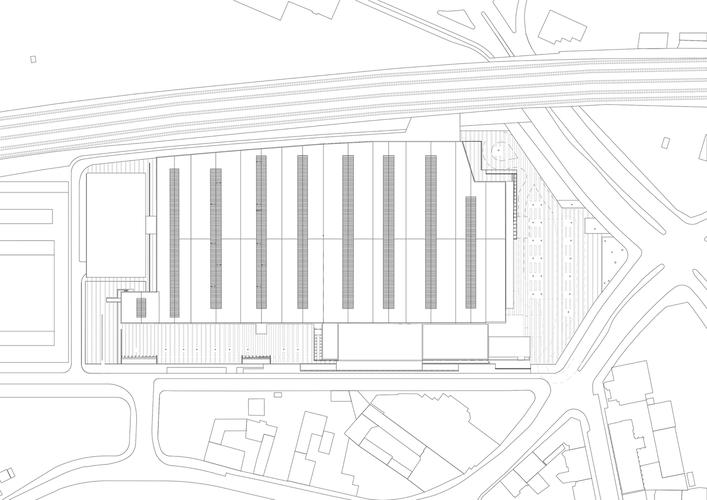 Text description provided by the architects. The main freight station, built in the 1930s, was badly damaged by bombs during World War II. Some of the damage caused by the war is still visible today in the form of splinter holes or misaligned pillars. 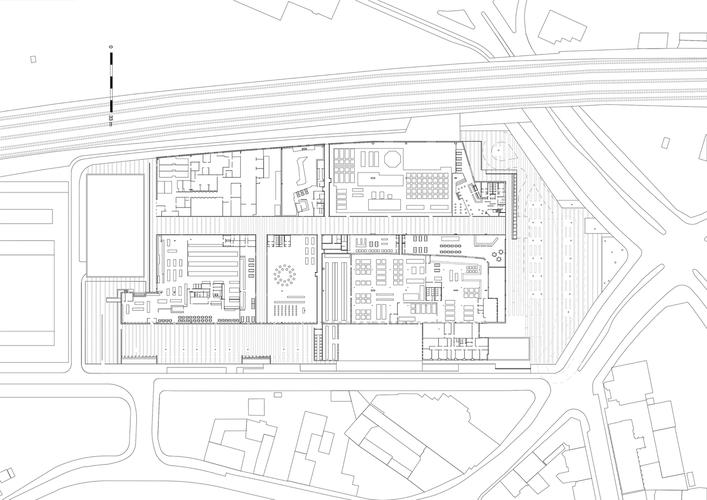 The supporting structure of the hall was made of steel. Thanks to the convenient location close to the city center, the aim is to convert the entire area over the next few years. One part of the former goods hall will be dismantled and the remaining part will be renovated.