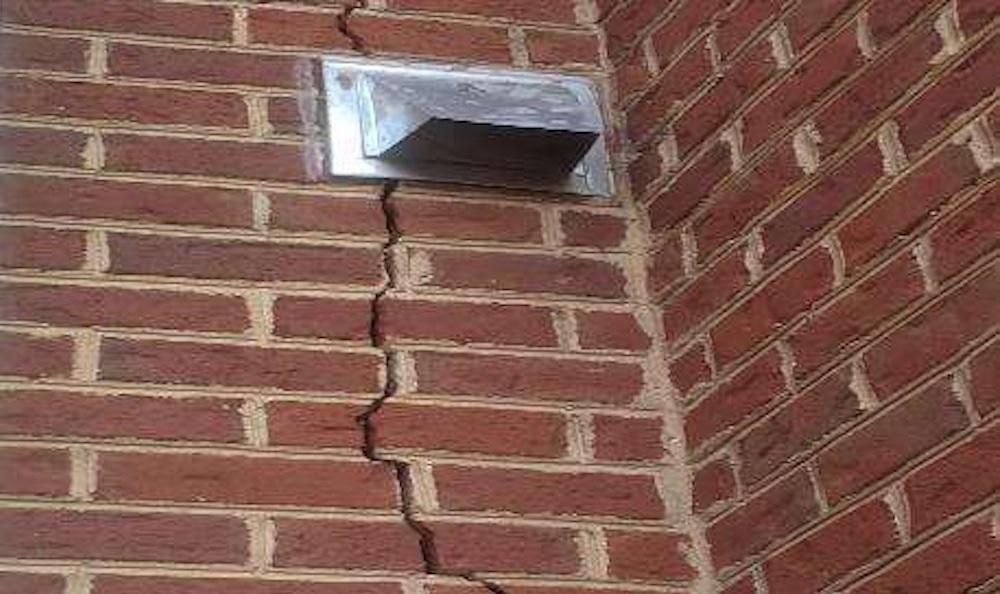 jonetta rose barras: Is Surfside coming to Ward 8, resulting in deaths and homelessness?

“When I go to sleep at night, I kind of sleep with one eye open, so I’m never really sleeping, because I don’t want [the] building to collapse and not be able to get myself and my baby out,” LaDonna May, a condo owner at River East at Grandview Estates II on Talbert Street SE, told me last week.

Her nightmare began in 2017 when she purchased a condo through a first-time home buyer’s program managed by the DC Department of Housing and Community Development (DHCD). Stanton View Development developed the 46-unit property, located near the Anacostia Metro station; it received more than $6 million from the city’s Housing Production Trust Fund.

In view of the tragedy at the Surfside condo outside Miami earlier this summer, May’s fears about her home don’t seem far-fetched. They have been further animated by a recently released engineering evaluation conducted by Maryland-based The Falcon Group. The document, a copy of which I received, highlights massive deficiencies, building code violations, structural and foundation defects. Lower door jambs, for example, are rotting because they hadn’t been painted or sealed properly. In fact, among the more than half-dozen units that were surveyed, all had rotting doors — front doors, roof access doors and rear patio doors.

The gutters were installed flat rather than away from the building, creating opportunity for water to enter the units. Electrical wiring wasn’t closed adequately. The vinyl siding was broken in several locations, with the insulation behind it installed incorrectly. Poor drainage permitted the pooling of sewage around the rear of the building.

There were cracks all over — in the foundation, the retaining walls and the dry walls. There are also cracks in the floors, severe concrete-slab cracking, and “very significant cracking at the brick façade; the crack widths varied from ¼’ to exceeding ½’.”

“These types of cracks are significant and may indicate movement of the building,” Falcon Group engineers wrote of the cracks in the façade.

One of May’s neighbors, Ciera Johnson, moved out of the unit she purchased as a first-time buyer. “I just had a baby, and I just wasn’t feeling comfortable. I felt like my house was going to collapse on us, literally.”

Johnson, May, Robin McKinney, Ade Adenariwo, Britney Bennett, Theresa Brooks, Devina Callahan, Denine Edmonds and Jaztina Somerville — all low- to moderate-income Black women — filed a lawsuit earlier this year in DC Superior Court against Stanton View Development LLC, RiverEast at Anacostia LLC, and DHCD. They are being represented by May Lightfoot PLLC’s LaRuby May, who is LaDonna May’s sister.

Unsurprisingly, Stanton View Development and River East filed for bankruptcy protection earlier this year. The District, through the Office of the Attorney General (OAG), successfully blocked the company from claiming warranty insurance money and using it for its reorganization. Those funds — about $436,000 — could go to the condo association.

That won’t be enough. About $5.3 million is needed to remedy structural and foundation defects, according to court records.

“I am terrified for my life,” one resident wrote in a recent email sent to me as well as all 13 members of the DC Council and senior managers in Mayor Muriel Bower’s administration. “The devastation caused by the Surfside condo collapse in Florida is well known. Grandview Estates II will succumb to the same fate.

“It’s only a matter of time,” added the resident, who wished to remain anonymous.

Ty’on Jones, a former Ward 8 advisory neighborhood commissioner and DC government employee, has lived at Grandview for three years. He helped create the condo association and currently serves as board secretary. He worked to secure the money to pay for The Falcon Group report. “We all know this building is not structurally sound, and it continues to get worse,” said Jones, adding that although the association is not involved in the lawsuit he began working with the plaintiffs even before it was filed

Grandview Estates is the story of the horrific public-private partnership and a government betrayal of its citizens. It involves Stanton View, River East, sketchy financial institutions and Manna DC, a widely respected nonprofit that works with low-income homebuyers. McKinney, a former homeless resident who attended Manna DC’s homebuyers’ workshop, said the group has often used her name and image to promote its programs, yet failed to respond to pleas for help from herself and her neighbors.

“They were advertising me but allowing me to stay in some trash and allowing me to get scammed by people who are supposed to help the people of the District of Columbia,” said McKinney. At one point, she added, she was told that if she didn’t accept the unit at Grandview, “You’re not going to get nothing else.”

A fast-talking salesman — Andrew Battle, senior vice president of Stanton View Development — persuaded one homeowner, who noticed cracks in the wall during her walk-through, not to worry. She said Battle told her everything would be handled by settlement. “Look where we’re at now. That was August of 2017,” said the homeowner.

Brooks said she was told by Stanton View she was buying a three-bedroom condo. “The middle bedroom didn’t have a closet or a window. It’s basically a two-bedroom and den, I guess.”

According to May, Battle said she would have “a beautiful rooftop that I can see the city from.” After moving in, that changed. She was told the roof is “only for access to the AC units.” Revealing her own inexperience and that of many of her neighbors, May said, “We don’t know about rooftops. We don’t build roofs. I’ve never had a rooftop.”

Battle didn’t respond to my requests for comment; nor did Sasha-Gaye Angus, president and CEO of Manna DC, or Thomas Caviness, who was identified by several homeowners as their contact with the organization. 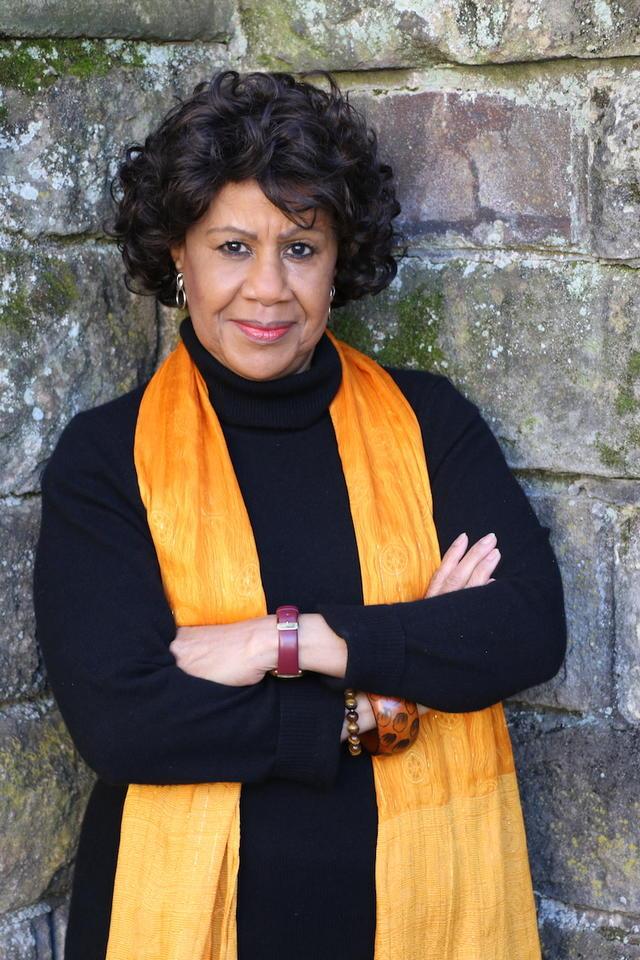 “So many people say this is an injustice,” Jones said. “There has been every opportunity for the government to protect 46 first-time minority homeowners, and it has failed to do so.”

The DC Department of Consumer and Regulatory Affairs (DCRA) not only didn’t defend homeowners against Stanton View, but it recently cited the condo association for code violations perpetrated by the developer.

I sent an email last week to DCRA Director Ernest Chrappah asking how a development with such serious defects made it through the inspection process, permitting condos to be sold and occupied. I also requested copies of all inspection reports.

I received summary, check-off documents that lacked details. The department converted my email to a Freedom of Information Act request. Agency officials claimed I gave them short notice. Shifting to a FOIA means the agency can take 15 days before providing me the documents.

DCRA spokesperson Jameel Harris told me via email that “the cause of the cracks and issues is still under evaluation. Private-sector structural evaluations and DCRA inspections suggest the building is not in imminent danger.

“But all reports indicate the significant structural issue will require stabilization and repair,” Harris added.

Wait, how can DCRA know there isn’t any “imminent danger” if it doesn’t know the cause or extent of the problem? Some people at Surfside probably had a similar assessment.

The treatment of Talbert Street homeowners by the OAG hasn’t been much better. May and her neighbors filed consumer protection complaints in 2019. Instead of serving as their bulldog against a developer who violated multiple building codes and standards, Attorney General Karl Racine’s team is now fighting against their lawsuit, and has asked the court to dismiss the case against DHCD.

To be fair, by law the AG is required to represent all DC agencies in court and other legal actions. Still, he appears to have provided superficial support to the condo owners.

Yes, his office successfully blocked Stanton View’s efforts to use the warranty money, but that action serves the interest of the DHCD–his client. Although it’s true OAG got the developer to make over $400,000 in repairs, those were primarily cosmetic fixes.

An agency spokesperson declared that OAG has been “working to help District residents harmed during a very difficult situation that impacts the safety of their homes and their wellbeing. We got the developer to make needed changes at the building — but those changes aren’t enough. We will continue to advocate for these homeowners through the bankruptcy proceedings and use the tools we have to provide assistance.”

May and her neighbors remain unsatisfied, however. They pointed to the DC government’s2016 case involving Virginia-based developer Insun Hofgard. After learning of Hofgard and her shoddy work as a house flipper, reported by WAMU, Racine used eminent domain to seize six houses she owned. Ultimately, his office secured a $1.3 million settlement.

“If I was white, if I [had] a higher profile, I believe that Karl Racine would have come out here and helped me,” said May. “If this building collapses today or tomorrow, Karl Racine will be one of the first people out here saying, ‘I’m here to help the residents of Ward 8.’ “

You can bet DHCD Director Polly Donaldson would be right there. She has been in the best position to provide genuine relief. Could she have used the District Opportunity to Purchase Act (DOPA) to buy Grandview Estates II, then create a plan that would make the homeowners whole financially? Instead of that, she has played a game of go fetch: Get this report and that evaluation.

Donaldson said via email that for the affected units, DHCD has the ability to forgive “Home Purchase Assistance Program (HPAP) loans. It could forgive individual Pro-Rata Shares of the Developer’s Loan assumed by the homebuyers upon purchase and release the affordability covenant requiring the homeowners to own and maintain their home as affordable housing for 15 years from the date of purchase.”

None of the homeowners had heard any of that until I told them. Jones said DHCD initially refused to approve the association’s warranty claim: “They told us we needed an engineering report.” The association jumped through hoops to raise the $20,000 for the Falcon report. On appeal, the request for warranty insurance funds was approved.

This week, the DHCD has placed another demand on the condo association: It must secure a final and more in-depth assessment from Falcon. That could cost $30,000, Jones estimated. The report must be produced in three weeks.

Why is the District forcing the condo association to take financial responsibility for the city’s failure to enforce building standards during construction and prior to issuing a Certificate of Occupancy?

“We continue to get non-cooperation and denial of any responsibility for providing completely uninhabitable housing to Black low-income first-time homebuyers in the District,” said attorney LaRuby May. She called the potential waiver of the HPAP liability a “further slap in the face,” asserting the government is “quietly eliminating the covenants and obligations” for women who now “have no homes to live in and mortgage obligations to pay on uninhabitable homes.

“DC is ultimately responsible for this situation; they know it,” continued May. “Will DC care after the entire building collapses and women and children are further physically injured?”

jonetta rose barras is an author and freelance journalist, covering national and local issues including politics, childhood trauma, public education, economic development and urban public policies. She can be reached at thebarrasreport@gmail.com.