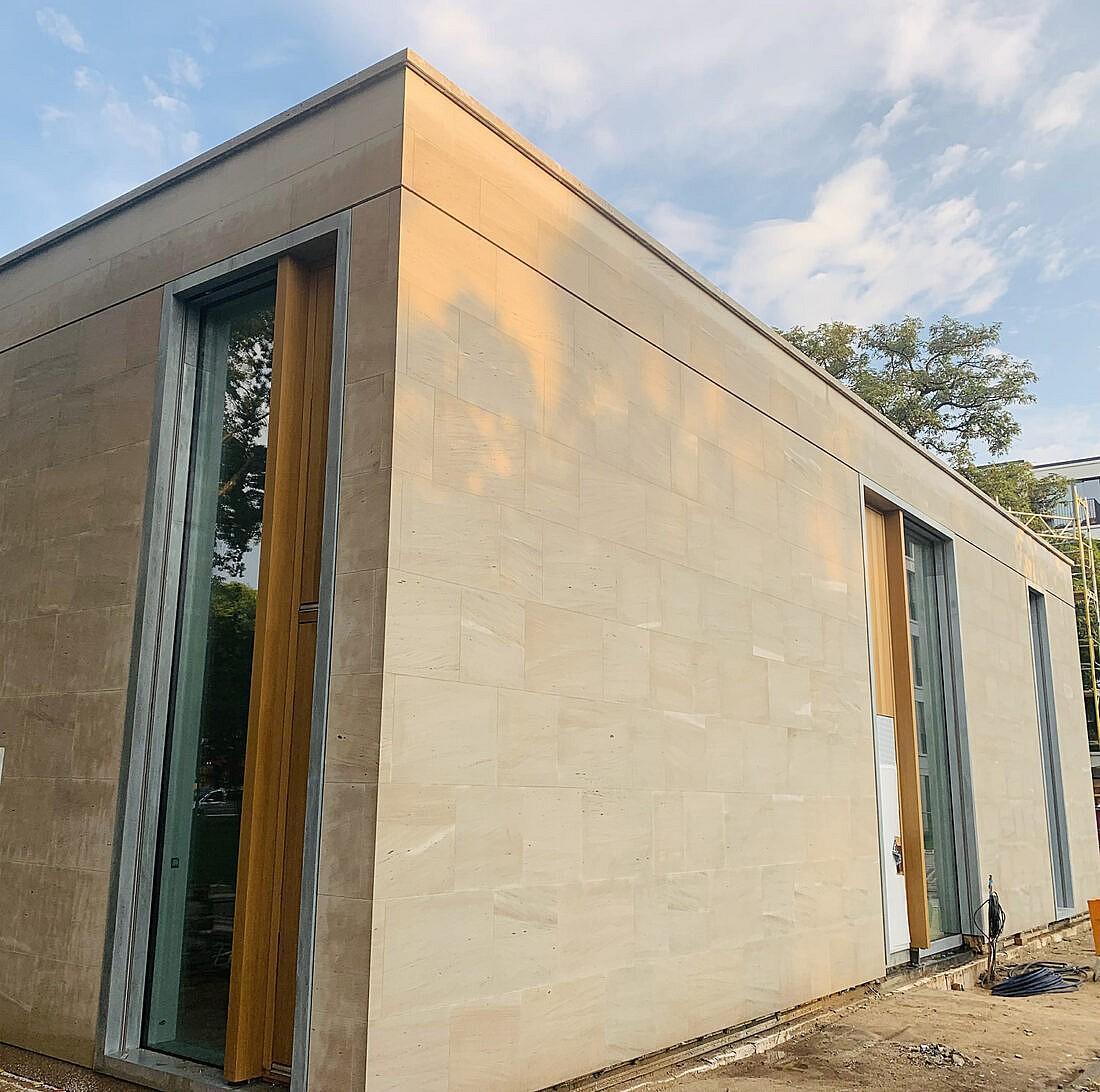 Paintings by Anselm Kiefer on display at the Bastian Gallery in Germany, designed by John Pawson

A painting by Anselm Kiefer on display at the Bastian Gallery in Germany, designed by John Pawson

John Pawson’s new Bastian Gallery in Berlin has opened with an exhibition of paintings by Anselm Kiefer.

The gallery, at Dahlem in the south-west of the German capital, is near the Grunewald Forest, and prompted Pawson to adopt the typology of a pavilion in response to the setting after questioning “prevailing contemporary notions” of what constitutes appropriate space for viewing art.

“The gallery is conceived as a rectilinear volume, clad in sandstone and set amongst mature trees,” he said.

“A rhythmic series of full height openings, edged in galvanised steel, punctuates the façades, the elongated proportions of the composition subtly enriched by the vertical graining of the oak used for doors and for ventilation elements.”

A painting by Anselm Kiefer on display at the Bastian Gallery

Pawson said the atmosphere and the detail of the viewing conditions was “set by the rigorously pared back character of the spaces, the side-long fall of natural light and the delicacy of the thresholds drawn between the interior and exterior worlds of art and nature”.

The opening of the new Bastian Gallery follows Céline, Heiner and Aeneas Bastian gifting their Galeriehaus Am Kupfergraben in the heart of Berlin to the State Museums and Prussian Cultural Heritage Foundation in 2019.