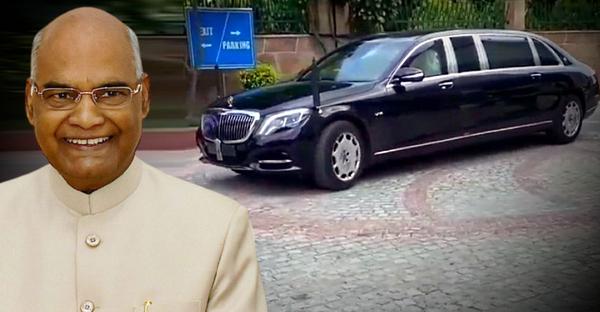 Office of President of India has finally got the new ride of the head of the state of the Republic of India, and it is the Mercedes-Maybach S600 Pullman Guard

As a part of the safety protocol of the pandemic, the arrival of the President of India’s new limousine was delayed. The presidential limo was due for an upgrade, but the process was put on hold as part of the protocol, intended to keep the vicious pathogen away from the Rashtrapati Bhavan. Now, as we anticipate the celebration of Independence Day on August 15, President Ramnath Kovind has got a new set of wheels. The car in discussion is the Mercedes-Maybach S600 Pullman Guard. 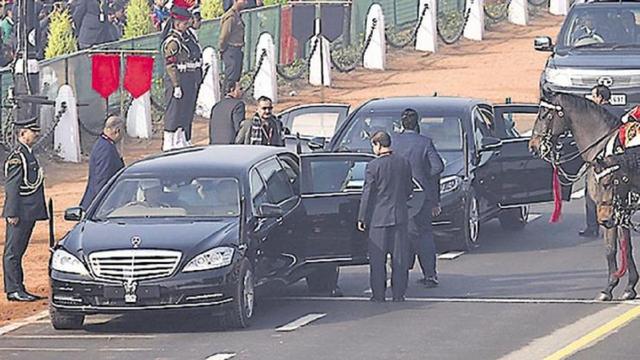 With reducing numbers for active Covid-19 cases, the new Mercedes-Maybach S600 Pullman Guard has made its way to the Indian soil. The limo was spotted in Delhi, and it seems to have undergone thorough modifications as per SPG’s (Special Protection Group) demand.

The Mercedes-Maybach is the flagship offering from the carmaker and is also the costliest one. The German marque takes around 2 years to build one after receiving the order. It looks like a regular car from the outside but comes with VR9 level protection from ammunition and ballistics.

Completely in-house designed Mercedes-Maybach S600 Pullman is longer than 6 meters in length. The longitudinal increment comes from the expertise of Brabus. Even the chassis is reinforced at certain points to support the extra weight of the armour. The presidential limo comes with safety aids like strobes, two-way radio, sirens, among many.

Mercedes has also used its advanced LED headlamps for better illumination in every scenario, and it also features run-flat tyres. Power comes from a twin-turbo V12, making a rated output of 523 PS and 900 Nm. Keeping the 5-ton weight in mind, the top speed is restricted at 160 kmph only. Moreover, the armoured doors are so heavy that Mercedes has used a motor for their operation.

At the cost of increased weight, in comparison to its non-armoured avatar, the presidential limo has the capabilities to survive a 15 kg TNT attack. In addition, the windows can take a beating from assault rifles, like AK-47 and Ak-57. A lot more modifications to keep the president safe from an unforeseen attack have also been performed on the limo, but they remain a skeleton in the closet.