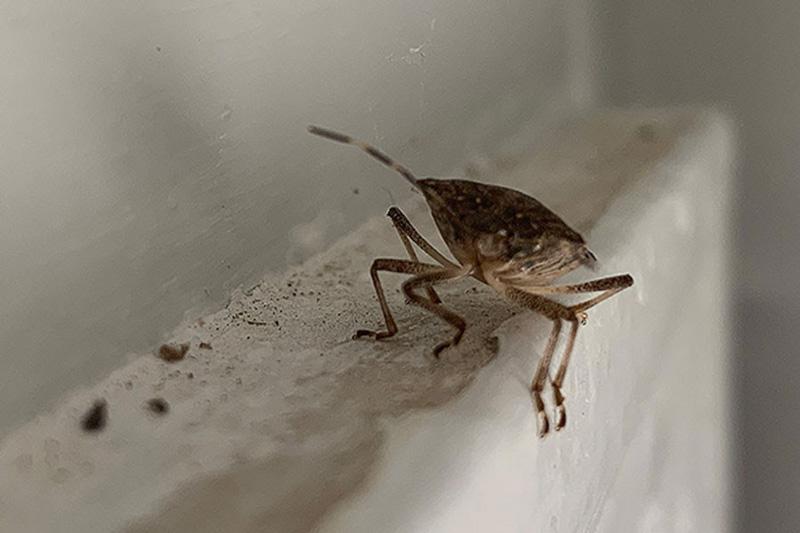 It’s as certain this time of year as cooling temperatures and leaves changing color: the increased sight of brown marmorated stink bugs.

This time of year, the pesky six-legged creatures are looking to move indoors to find warmth.

Dennis Patton, a horticulture agent at the K-State Research and Extension Office in Olathe, shared some tips on how to identify these insects and prevent them from entering your house, as well as what to do if you spot one indoors. (Hint: don’t squish it.)

How to spot them

In their natural habitat, stink bugs typically find warm areas to wait out the winter months. Now that the weather is starting to get cooler, these insects are finding their way indoors to stay warm.

“It’s just their natural instinct, with… temperatures cooling, to be gravitated to a warm location to hibernate, so to speak, for the winter,” Patton said. “Our homes are a perfect target.”

Marmorated stink bugs, a non-native invasive species, originated in East Asia. Patton said the extension office has already received some reports of the stink bug entering homes, as well as the box elder bug and the Asian ladybug, which have similar life cycles and also gravitate toward warm areas in the winter.

While stink bugs don’t pose any physical harm to humans — they don’t bite or sting, like bees, and they don’t damage property, like termites — they’re still considered to be a nuisance, not least because they give off a foul odor if crushed.

Their scent glands release the smell as a defense mechanism to ward off foes.

Likewise, the stink bug has a spiky appearance with projections to make it look tougher to predators. But it’s the odor that gets us humans. 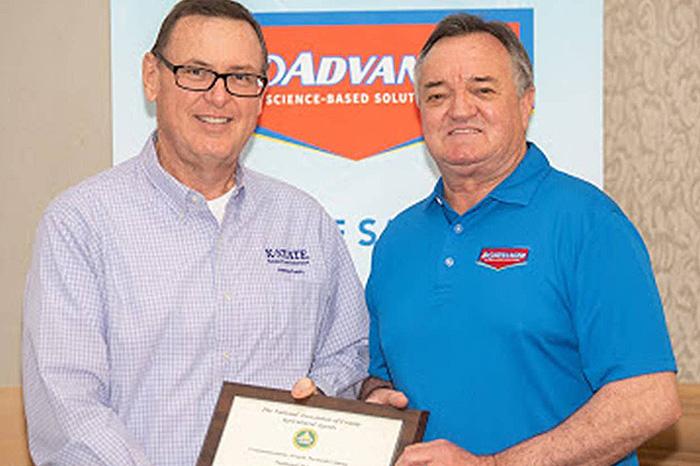 Check around your home for these bugs between now and Thanksgiving. The first frost in the Kansas City metro could come in mid-October, and stink bug activity will ebb and flow with weather patterns.

How to prevent stink bugs from coming indoors

That’s the big question Patton says he gets this time of year.

Preventing stink bugs from coming indoors is ideal. However, they can still squeeze into small openings and pop up on your interior walls, window sills and countertops.

Commercial insecticide treatments, particularly applied around the perimeter of your home along the foundation and around potential openings such as door jambs and window sills, could prevent stink bugs from moving indoors.

However, once they get inside, they tend to gravitate toward the walls, where the insulation is. That’s why you could see them crawl out of cracks along baseboards or through electrical sockets, finding their way inside the home.

Patton does not recommend using indoor insecticide treatments in order to avoid exposure to a high quantity of pesticide chemicals in the home.

“They’re just looking for survival; they’re just looking for a warm place to spend the winter,” Patton said. “Unfortunately, once they get in there, they don’t know which way is out. Insecticides in the home aren’t that effective because, here again, they can come from so many different places. You just can’t spray your whole wall.”

Ways to get rid of stink bugs once they’re inside

To get rid of stink bugs that have already made their way indoors, Patton recommends trying the following tips:

On the bright side, stink bugs don’t come in waves, with only a few typically showing up at a time. They generally don’t arrive in large numbers.

At the very least, here’s some more good news: As it warms up in the spring time, stink bugs will eventually leave the home.