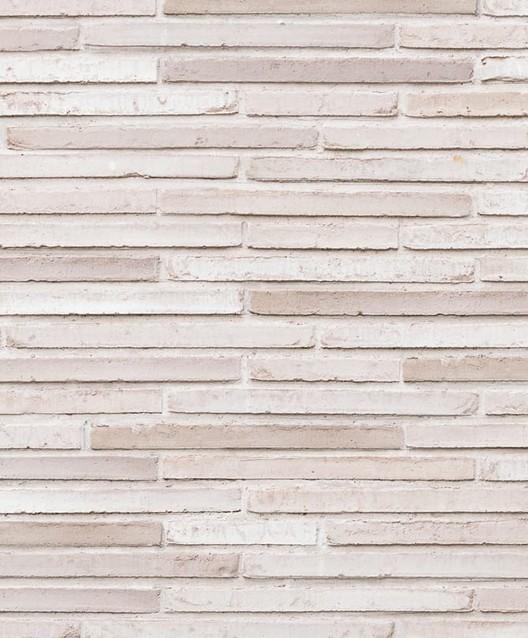 The Versatility and Structural Integrity of Extra-Long Brick Finish

When creating a contemporary atmosphere for living, many factors come into play. The surrounding environment, its climate, use of materials, spatial organization, and the attention to detail in both the interior and exterior design, all impact the quality of the design as a whole.

The Randers Tegl Ultima Series is a collection of waterstruck bricks in a linear format. Each brick has the length of two ordinary bricks and a height of just 38mm. This special format creates a distinctive expression, making it a viable choice for exceptional projects.

Waterstruck refers to the use of water in the process of molding the brick. In ancient times, molding was done by hand. Today, machines resemble the old Scandinavian method of adding water to the clay to give each brick a special, lightly textured surface. The visible surface of a waterstruck brick is ridged, with plenty of delicate edges.

Each Ultima brick is unique, varying in surface characteristics. This creates a denticulate appearance in the final brickwork – adding a touch of visual interest to any architectural project. The organic and detailed nature of the bricks, not only stands out but also enriches the appearance of neighboring materials. The 468 x 108 x 38mm format of this brick collection sets it apart amongst other material choices.

Amongst the wide variety of the Ultima Series, the RT 154 brick is a chameleon of sand-colored tranquility. On the brightest of days, it battles with the blue skies for the scorching sun, and during long summer nights emits a warm desert-glow. They are light-tinted with a raw and coarse finish.

In Warwickshire, a contemporary house designed by Studio Spicer Architects sits amongst the lush greenery. It is defined by clean lines, two diverse split levels, large windows, and beautiful repetitive brickwork. The eaves create various quiet nooks around the house – perfect spots for a cup of tea and a good book. The brickwork compliments the linear movement along the exterior of the home, while also transitioning into the open and expansive interior space.

This project, by Cobe Architects, is a prime example of the fine line between respect for tradition and necessary innovation. In a historic part of the old Danish city of Frederiksberg, a townhome complex accommodates apartments, shops, and a cultural center, as well as a state-of-the-art subway station – all harmonizing with the historic neighborhood.

At the center of the project, is a courtyard surrounded by five townhouses. The masonry used throughout is a combination of the RT 154 and RT 554. The use of bricks in alike colours and texture, but not in format, provides a common thread across the five townhouses, and while they are alike, each of them retains an element of individuality in the bond and technique of brickwork used. 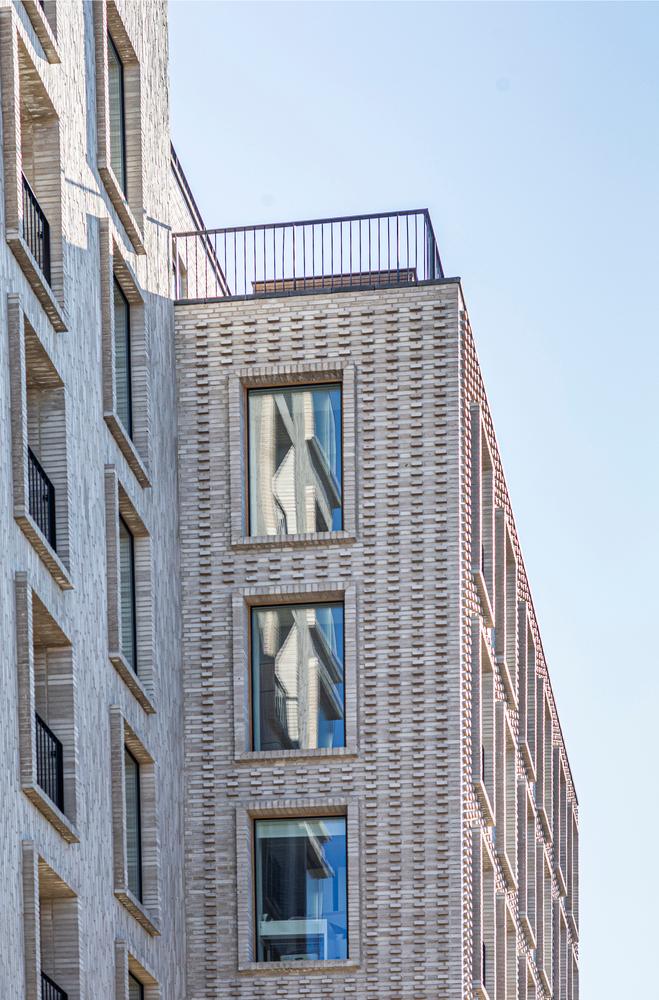 Ole Larsen, in charge of all the brickwork on the building, explains this process:

”Normally, you would have a foundation for your masonry. We couldn’t do that here, as the building houses an underground metro station. Our solution was to have a small number of strong supporting pillars and a single supporting wall to hold up the entire building – and to clad the façade with bricks.”

"We had brick shells specially made and used them as a weather shield. On the tallest building, we cut brick shells based on the standard brick, we used throughout the project. We then glued these onto a light and airy façade in order to reduce the weight of the building. We used the brick shells wherever we were not able to lay bricks to ensure that the entire building appears as a single cohesive whole, and not one that is broken up, so to speak, as a result of using other building materials...In terms of cost, it costs as much as it would to build a structure with a heavy brick façade."

The brick bonds and style vary greatly from building to building, and this is one of the masonry's most defining and customizable features. The bonds in this project are all variations of the traditional style used in Frederiksberg, based on an old Danish style of brick bonding.

The specific pattern comprises two whole bricks and a half brick (a so-called half bat). This is nothing new, while the use of the end of the half-brick is: it protrudes outwards by three centimeters. This creates shadow effects on the façades, adding visual excitement and enhancing the overall architectural impact of Frederiksberg Allé.

These private residences in Berlin, designed by A53 — Gesellschaft Von Architekten, are defined by an inviting feel. The green and gray brick-sectioned courtyard, and the iconic curved breeze blocks sculpt the remarkable façades. The graceful arch of the bricks creates a great deal of playfulness in the patterning and forms of the exterior space. Vertical black windows accompanied by gray concrete ribbons, give the brickwork an elegant edge.

When creating this Australian residence, Joe Adsett Architects combined wooden lamella with extra-long format bricks to form a minimalistic impression with straight lines, inspiring patterns, and curious nooks. When combined with white and wood, the sand-colored glow of the brickwork reveals the emphatic raw coarseness of the masonry against a clear blue Australian sky.

North of the charming Danish city Aarhus, another unique villa designed by Christoffersen & Weiling Architects overlooks a nearby bay. This contemporary gem is oriented towards the sea, not only in its location – but in its architectural composition.

The concept of Casa Sand is clear at first glance: two horizontal ribbons of vertical bricks that salute the sea. The bottom ribbon elevates the house to achieve the stunning sea view, while the top ribbon frames that view, architect Niels Christoffersen explains:

"The architecture’s intent is to emphasize focus on the horizon. When designing a house with such a picturesque location and scenery, you take a pledge to stay true to your core idea: horizontal hierarchy. In the case with Casa Sand, the obvious choice was [to] use Ultima long format bricks to accentuate the long vertical lines. The bricks have an adequate weight, that settles the house nicely in the dunes to dwell peacefully when the harsh autumn storms rage [in] the bay of Aarhus."

Moving through the beautiful and simple rooms, the eye continues to meet with the many nuances of the home's facade, looking onwards to the adjacent seascape. Since no two bricks are alike, the texture, surface, and colour of each vary – just enough to create a distinctive expression in the exterior masonry.