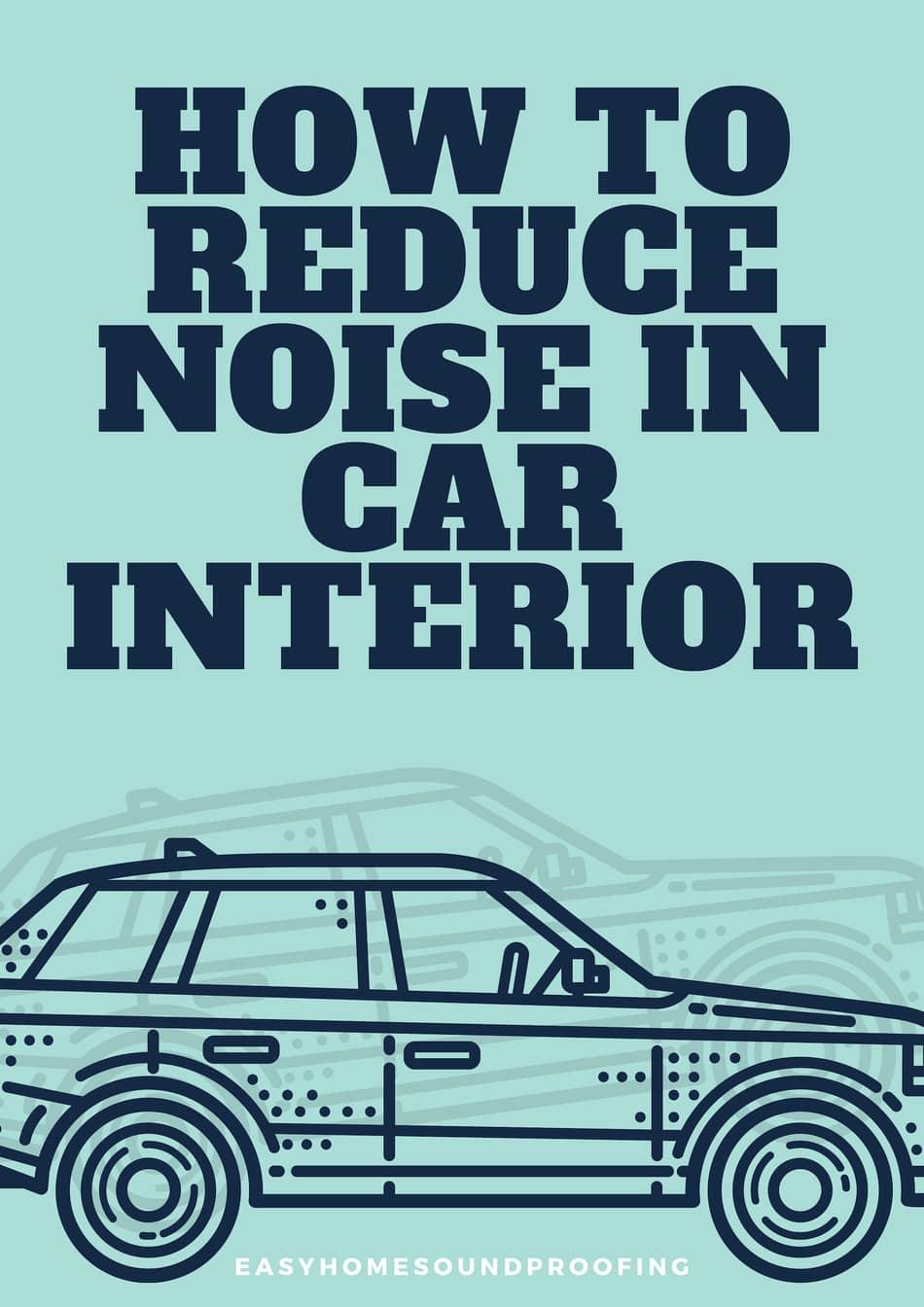 All cars make all sorts of noises, but not all those noises mean the same. While some noises indicate a problem, most of them are just a part of the car’s regular operation.

I am guessing here, but I think that most drivers would love to reduce those noises to enjoy a quieter and more peaceful drive.

The normal noises in your car can sometimes be annoying. Yes, even those that you know are part of its everyday use, such as the noise from the road, the air passing the car, and the hum from the engine bay.

You can do that with insulation, soundproofing, and other methods, but let’s first look at the good and bad noises that your car makes. After that, we’ll check out 10 ways you can do to for a quieter drive.

What Car Noises Are Bad?

Firstly, we must all remember that a car making noise when driving isn’t necessarily a good thing, so don’t ignore it by playing music louder. On the flip side, it’s not necessarily a bad thing either, so don’t be too quick to panic.

That’s why drivers should know how to separate the good from the bad. Unfortunately, they didn’t teach us any of this back in driving school.

When you can tell the good from the bad just by listening to your car, you’ll be able to nip small issues in the bud and avoid costly problems later. You can check out our previous article to learn about eight car noises that should warn you of a real problem.

In this guide, we’re going to focus on sounds you don’t need to worry about and what you can do to reduce them.

What to Do If Your Car Starts Making Strange Noises

Car noises are not things that you should take lightly. So, what do you do if your vehicle starts making noises that you know aren’t good signs?

1. Try your best to identify the sound. That will make everything so much easier when you try to describe the issue to your mechanic.

It might seem ridiculous at first to mimic the noises you hear and tell your mechanic you heard a “ping-ping-ping” or a “tut-tut-tut” sound, but that’s how it is.

Just do your best version of the sound because your mechanic has been in the business for quite some time and will likely recognise the car noise you’re trying to replicate.

More important than that, observe two other things about the noise and impart this info to the mechanic.

2. Take note when the noises happen. For example, do you hear the car noises when accelerating only, pressing the brakes, or both?.

These details will give you a clearer idea of which car parts are affected.

3. Find out where the noises come from. Try your best to pinpoint the location of the noise. For instance, a noise from the front wheel when driving can mean one thing, but the same noise from under the hood when the car is idling can indicate another problem.

Now, let’s dive into those car noises that you don’t have to worry about but might want to reduce. Let’s call them the non-problematic car noises.

Well, those generally come from three places. First, when driving, you’ll hear noises coming from the road beneath the car, the engine under the hood, and the wind as it rushes past the exterior.

Of course, the car also makes noises while you’re idling, and those noises usually come from under the hood.

Whatever the case, here are ten ways you can reduce the non-problematic noises coming from those three sources.

Car Noises from the Road

Here are five ways to reduce car noises coming from the road (underneath and around the car). 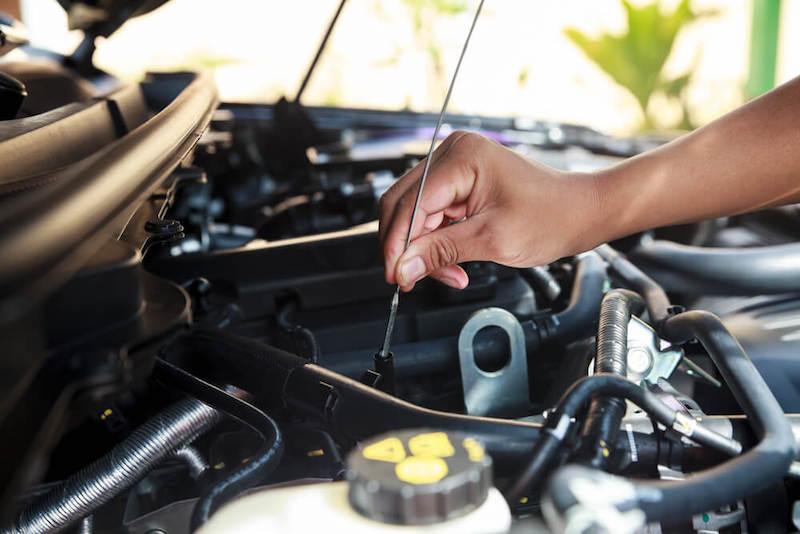 Your tyres are the points of contact between the car and the road underneath it. Sound travels through vibrations, so it would be an excellent idea to invest in better tyres.

Tyre manufacturers know their market well – there’s a segment of buyers who prefer tyres that make less noise. That’s why it’s not difficult to find tyres specially designed for this purpose. These products are slightly narrower, with smaller grooves that have smaller voids between them.

Plus, the type of materials used to make these tyres are also selected specially to reduce noise.

Many drivers and car owners invest in undercoating to protect against rust and dirt. Also, rubberised undercoating has the added benefit of reducing at least part of the noise that travels up the car.

Although not as effective on its own, it’s an excellent addition when using other methods on this list.

Door panels have a hollow space between the sheets for soundproofing. You’ll find that people with aftermarket sound systems love to invest in this type of soundproofing, and it comes with the added benefit of blocking sound from the car’s sides.

Soundproofing your car’s doors will block a large portion of the noise you’re hearing. If you want to go above and beyond, you may opt to soundproof the boot and wheel arches. These sections are hollow, which amplifies some of the noise coming through these parts of the car.

As you’ve seen so far, the noise you hear travels into the car through vibrations. That’s why vibration dampeners that go on the floor of your vehicle can also reduce the noise even further.

Noises from the Engine

Some drivers love the sounds coming from the engine, but others, not so much. If you fall into the latter category, try these methods to reduce the noise coming from under the hood.

Believe it or not, you can soundproof any part of the car if you so choose, the hood included. You can do that by installing sound-dampening materials directly underneath the hood to absorb vibrations and prevent noises from reaching the cabin.

People often assume that because the exhaust system is in the back, it has little to do with the engine. The opposite is true, as you might already know. As the noisy combustion process happens in the engine, all emissions (including noise) travel out through the exhaust.

So, another area to target when attempting to reduce engine noise is the exhaust, which you can reduce using exhaust silencers or low-noise mufflers.

Car Noises from the Wind

Driving fast can be exhilarating, but high speeds mean fast and noisy wind. So, our last three methods for reducing noise involve the windows and the roof of your car.

Inspect and replace any damaged door gasket around the window. Even the tiniest air leak could cause unpleasant noise when you drive above a certain speed.

Think back to any car aerodynamic image you’ve seen whether in an article or on TV. Where does the bulk of the air go? It flows past your windscreen and goes above the roof.

All that wind generates plenty of noise, which is why insulating your roof can go a long way towards reducing wind noise.

Alright, so this last one might not be feasible for everyone. But those of you who genuinely want to avoid having a noisy drive can also invest in thicker windows. That can be a challenge because thicker windows complicate the mechanisms used to roll it up and down. (Source: Carpart)