An accused killer's sister took the witness stand March 9, sharing details about their dysfunctional family and their stark differences before their mother was found dead on the patio outside their Farmington Hills home.

Respect for his father’s ways put him in conflict with his mother Nada Huranieh, who often wore leggings and T-shirts while working as a fitness trainer and regaining some independence.

She filed for divorce in March 2016, about a year and a half before she was found dead, below a second-story window, at her Howard Road home. The 35-year-old mother was living with her son, 16, and daughters, 14 and 9. Her husband lived elsewhere.

The spacious, approximately 10,000-square-foot home had several doors, and one connecting the basement with the patio could not be locked, admitted Aya Altantawi during hours of testimony.

“My brother sided with my dad immediately,” the MSU student said of the divorce. “I, for most scenarios (and) most cases, sided with my mother. He kind of just saw (the divorce) as a way of my mom trying to take my father’s money and the house and ruin his life.

“It just started to deteriorate further. Whatever sort of relationship they had before became very strained. (In his eyes), she wasn’t a good enough Muslim. He said that my father was still the man of the house. We should still be following what he was saying despite my father not being present in the house. Since he was the only guy, he was now the man of the house and we had to follow what he said.”

About a week before her mother died, Aya Altantawi walked into her brother’s room to find her brother and mother talking about the custodial decisions. 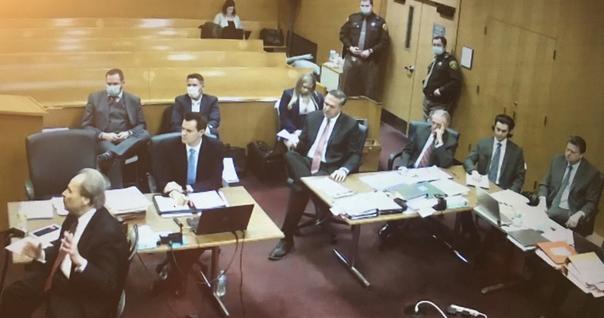 The daughter began calling and looking for her mother.

She said Muhammad was one for bathing later in the day, but Aya heard him in the shower. She kept looking – visiting a younger sister’s room, her mom’s makeup room, a bathroom, a guest room, and the garage, where her mother’s car was parked.

“That’s when I started to worry a little bit,” she testified. “I remembered the window was open in the guest room. I thought I’ll go check. I saw her body on the ground…on the patio. I screamed. …. Can I have a minute?”

The young woman sniffled and wiped at tears. She proceeded to describe how she then visited her brother’s room. He was walking from his bathroom, staring at the floor and seeming “a little bit dazed” to the patio.

She led him outside and then called 911 before handing him the phone to talk to the dispatcher who wanted to guide them through applying CPR to their unconscious mother still in her pajamas.

A thin gold necklace she always wore seemed to be wrapped tightly around her neck. Her face was blue with some blood under her nose.

Upon handing over the phone, Aya ran to the bottom of the drive to make sure first responders saw their drive, which others frequently missed.

Officers, along with her father, arrived. The family eventually went to a restaurant to regroup and Aya overheard later that day, when her father was on the phone, that her mother had died.

Police interviewed her brother the next day.

Their father at the time was on a tether because he had pleaded guilty in a medical fraud scandal.