Home → Door and window purchase → ‘Until my mid-twenties, I was scared of the dark’ 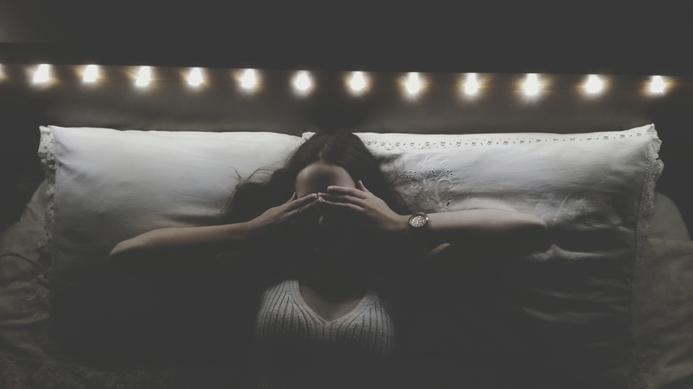 ‘Until my mid-twenties, I was scared of the dark’

Here’s a secret. Until my mid-twenties, I was afraid of the dark. Not just walking down a deserted street at night-time — though, like most women, I would avoid this where possible. My fear followed me indoors. I couldn’t go to sleep at night without the ceiling light on. The idea of being alone in darkness, even in my own bedroom, was panic-inducing. My heart would pound, my breathing would quicken, and I would feel certain that something terrible was around the corner.

I’d had this fear for as long as I could remember. It’s very common in children — so much so that it’s considered a normal stage of development, not a phobia. “The emergence and development of imagination . . . may lead to fear of monsters or the dark,” say the authors of a 2010 paper by America’s National Scientific Council on the Developing Child. “These reactions are typical and usually peak between 4 and 5 years of age.”

But my fear stayed with me. In my preteens, my secret was discovered by a friend from church who was a few years older than me. Finding the idea of me being afraid of something so simple implausible, she jokingly locked me in the kitchen in her family home to see my reaction. Knowing she was right behind the door — and hoping to save some face — I stood there in silence knowing that if I didn’t react our conversations would swiftly move on to something else. But though I knew it was meant as a light-hearted kids’ prank, two decades on the moment is still etched into my memory.

Later, when I was 18, I spent a year living in Senegal as a volunteer where I ran a community centre with one other girl. It had two bedrooms, one with no windows. Having explained my fear of the dark to the owner of the charity while training for the trip in England, it was agreed that, with the prospect of regular power cuts, there was no way I could sleep in there. Even in the bigger room with windows, one particularly dark and rainy evening I called my boyfriend at the time, who was living in Northern Ireland. He stayed on a call with me as I slept.

What specific terror did darkness hold for me? I found it hard to pin down. My brain was capable of conjuring all kinds of ghoulish characters and threats that could be lurking when the lights were off. According to Terence Watts, a hypnotherapist and fellow of the Royal Society of Medicine who treats phobias, anywhere between 5 and 40 per cent of adults are afraid of the dark, while most people have it to some degree. “If a room is abruptly plunged into total darkness most people experience a flash of unease,” Watts says. “It’s why darkness is prevalent in film and TV scenes to evoke terror.” He believes that our fear of the dark, or “nyctophobia”, may have evolutionary origins, protecting us from nocturnal predators. Watts explained to me that one of the biggest effects my fear could be having on my wellbeing is that, above all else, it seems silly. “Most people with an active fear of the dark don’t realise how common it is, since most who experience it don’t talk about it,” he says. 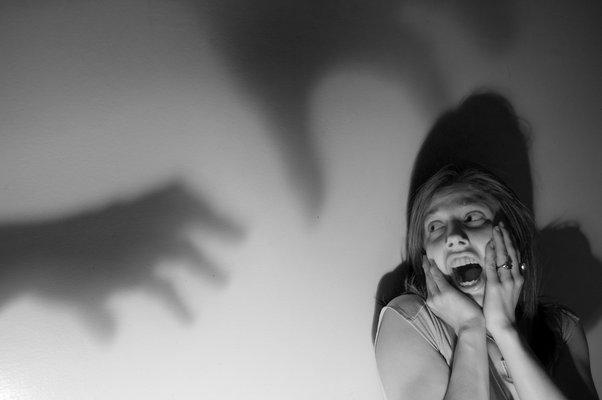 By the time I left home, sleeping with the light on was the norm, something I rarely questioned. Sometimes I felt like the title character of an animated kids TV show I had watched as a child called Courage the Cowardly Dog. The show, which was darkly comic, had many of the markers of a horror film despite its supposed target audience. More often than not, the episode ended with the supernatural-seeming situations not being as scary as the dog initially thought. I knew in my heart that what I was afraid of was not actually there. Much like Courage the dog, whenever I investigated what might be hiding in the shadows, it was never what I feared. A large figure in my bedroom would turn out to be my jacket hanging on the back of my door. A murderer prowling outside the house would be foxes rustling in the bins. Yet still I would have to run upstairs and dash through corridors when the lights were off.

Then came the pandemic. During the first lockdown, creating a relaxing home environment felt integral to staying sane. Among other interior design changes, I bought small lamps to go around my house. My mother gifted me a nightlight when I explained to her that my sleep had become worse. Instead of going to bed with a large light on, I began to get used to the gentler glow of the nightlight. Finally, after I was commissioned to write an article about what was eventually dubbed “coronasomnia” — the widespread increase in sleep problems during the pandemic — I tested out a pair of headphones and an eye mask specifically designed for sleep, both made by a company called Kokoon.

Because I was committed to researching the article properly, I felt I had to give the mask a try along with the headphones. The first night I wore them, I fell asleep listening to a guided meditation session over soft rain sounds. Because the light was on, I knew I could take the mask off at any time which somehow made it acceptable. But, by the time the research period was over, I found I was enjoying going to sleep wearing the mask so much that I didn’t want to stop. Eventually I decided it was pointless using a nightlight when I couldn’t see anything anyway. For the first time in years, I began going to sleep with the lights off.

A friend later pointed out that I had unwittingly gone through my own form of “exposure therapy”. This involves exposing the patient to the source of their anxiety in a safe, manageable way. By confronting the feared object or situation directly, patients learn that nothing catastrophic occurs and their anxiety lessens. They become more confident in their own coping abilities. The nightmask had helped me through this process, perhaps aided by the ambient sounds and meditative tracks the Kokoon app offered to distract my wandering mind, though today I choose between podcasts, online meditation classes and ASMR. According to the American Psychological Association, this is known as “systematic desensitisation” where exposure is combined with relaxing activities to make the situation more manageable.

I’d never go as far as saying I’m cured but being at a level that is manageable is life changing. One benefit for me is improved sleep. I had never previously associated my bouts of insomnia with my fear of the dark, but a study by the University of Toronto in 2012 suggested that around half of “poor sleepers” were afraid of the dark compared with a quarter of “good sleepers”. Turning off the lights not only transformed my relationship with sleep, but left me feeling less anxious and exhausted during the day as a result.

Not long ago, on a rainy Friday morning in central London, I did something I would have thought impossible three years ago and I decided to actively lean into my fear. Courtesy of the fitness studio 3Tribes, I spent an hour alone in a sensory deprivation tank: a pitch black soundproof tank filled partially with salt water. Initially, when the blue lights in the pod faded to black, I scrambled to the opening to let some light in, overwhelmed by the feeling of darkness. But once I realised that opening the lid didn’t make much difference, I closed it and lay back down again. Surprisingly, with each moment immersed in what was once my worst nightmare, I went from feeling ill-at-ease to deeply relaxed, even elated at having 60 minutes completely to myself without any distractions. It became clear to me that, if I let it, darkness could become my friend rather than my enemy.