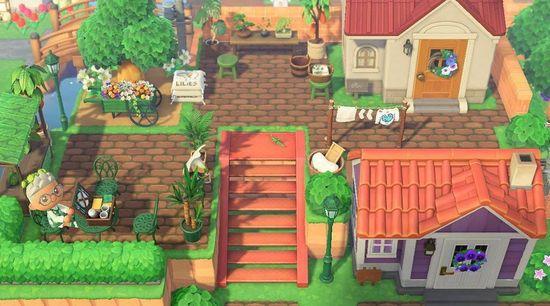 Once again, Animal Crossing players are showing just how much they can do with a tiny feature.

In the new Happy Home Paradise DLC, players are using a new polishing feature — where you can “polish” and shine furniture — to customize their furniture in hilarious ways. Now Animal Crossing fans are using the effects to crack jokes and recreate memes using their furniture.

Just how do these players do this? Well the new polish effect comes included as part of Happy Home Paradise. You unlock the new feature after decorating four homes and Niko teaches you. When you first get it, you start off with a sparkle effect, but there are other options that effuse other visuals effects, like hearts or droplets of water.

You can even set a custom design for polishing, and allows your furniture radiates any sort of visual you’d like. So if you add on a custom fire pattern, and polish your furniture with that effect set, it’ll look like your furniture is on fire. You can see the effect in below.

This has allowed players to produce a wide variety of cursed, but hilarious effects using it. Here, a player added a custom design of Sherb the goat, so that his face haunts the furniture.

Thanks to the custom polish effects and my villager portraits, I can now curse this bath to be haunted by Sherb fromAnimalCrossing 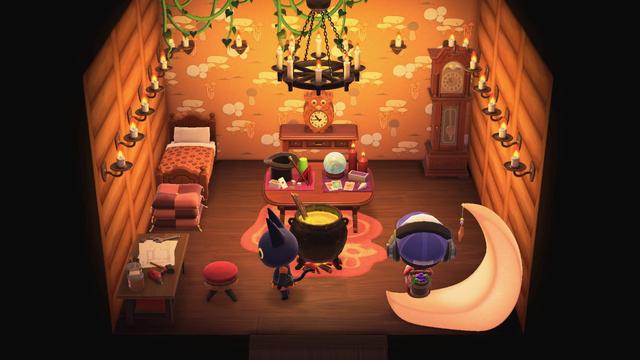 Here, someone used a flame design to remake the “This is fine” meme.

Someone else made a haunted doll.

I made a ghost effect with the polishing tool~ fromAnimalCrossing

My personal favorite is this absolutely wretched creation: Someone added in Spamton, a character from the game Deltarune into their house via a custom polishing effect. In Deltarune, he’s a character inspired by web browser pop-ups and spam, so here we see him popping up all over the house. It’s a cute way to further meme a game, particularly one that’s already inspired plenty of memes.

you can't give me this power, it's too much #AnimalCrossing #ACNH #NintendoSwitch pic.twitter.com/o252jZOiCt

This example is just plain stunning. Here, a user combines what appears to be two kinds of polish, one smokey purple one, and another lighting one, to set a moody scene of an electric sword in deep, dark palace.

Prior to this, we could customize furniture’s color and add custom patterns to some pieces. Now, this adds another layer on top of that. Want a dreamy glowing room? You got it! Want your record player to emanate little music notes? That also works! It’s a small detail, but it will once again allow players to take designing to the next level.