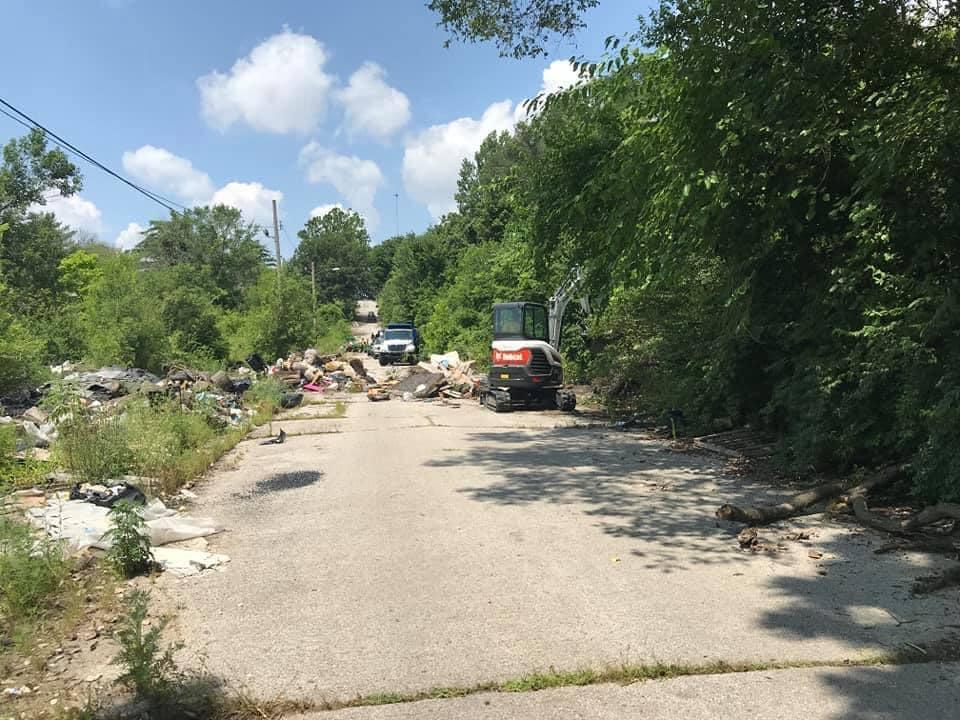 EDITOR’S NOTE:Tharran Gaines is a member of First Baptist Church, Lamar, and he serves with the Disaster Relief public information team.

KINLOCH –Disasters come in many forms and sizes, ranging from floods to fires to hurricanes and tornados. Unfortunately, some disaster situations are even man-made. Such has been the case within the St. Louis metropolitan area, in a suburb known as Kinloch.

Located just east of the Lambert-St. Louis International Airport, Kinloch was actually the first city in the state incorporated by African Americans. What’s more, it once boasted a population of more than 10,000 residents and was a vibrant community with its own share of barbershops, pharmacies and restaurants. However, things began to change in the 1980s when the airport started buying homes in the city for noise abatement.

KINLOCH — Missouri Baptist Disaster Relief (DR) volunteers from the St. Louis area have been involved in cleaning trash from a blighted area near the Lambert-St. Louis International Airport here. (Photo by Tharran Gaines)

All told, St. Louis County and the airport purchased 1,360 properties. Many of the homeowners who weren’t bought out simply moved elsewhere. Over the next several years, poverty and blight set in, accompanied by political scandals, leaving fewer than 300 residents remaining.

To make matters worse, Kinloch has become a site for illegal dumping with everything from old mattresses and appliances to construction waste accumulated by unscrupulous contractors showing up in the streets almost nightly. 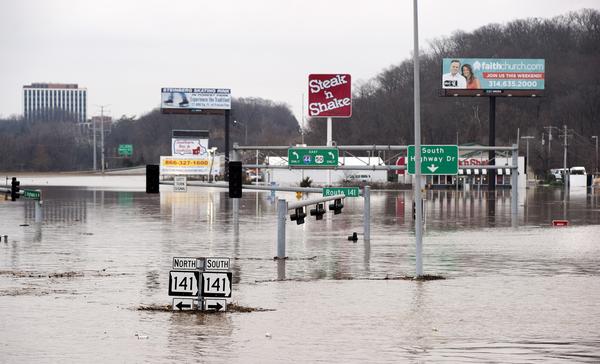 City officials have commented that it is a problem they’ve faced for many years. Yet, without enough money to buy heavy equipment and the ability to close streets, put up cameras and have more police patrols, “it’s just pushing a boulder uphill,” said one official.

However, with recent help from groups like Missouri Baptist Disaster Relief (DR), Kinloch’s clean up efforts are taking a turn for the better. It began with a workday on July 11 that was organized through St. Louis County Emergency Management. It was during that event that Michael Bagwell, Jr. and other volunteers representing Missouri Baptist DR first got involved in the cleanup.

While a number of other groups were involved, Bagwell was one of the few who were also able to provide the use of trucks, trailers, skid steer loaders and a mini-excavator. Bagwell spends most of his time operating MB Construction Solutions in nearby Eureka, Missouri.

“I initially got involved through the Eureka fire chief,” Bagwell says, noting that the Red Cross, Brookdale Farms, Missouri American Water, several fire departments, Salvation Army and Clayco, a large industrial contractor, have consistently helped with the cleanup, as well.

“There’s since been a cleanup once a month and we’ve been involved in all of them. If I can’t go myself, I’ve sent crew members with the equipment.”

Bagwell says that to date, more than 36 40-yard dumpsters have been filled and hauled off. In fact, on one recent cleanup, Bagwell and his father collected somewhere between 800 and 1,000 tires that had been dumped.

As a representative of Missouri Baptist DR with the St. Louis Community Organizations that Assist with Disasters (COAD), Toby Tucker, a member of First Baptist Church, Arnold, says he got a call early this summer about Missouri Baptist DR helping. Putting feet to the ground, Tucker even took his own tractor to assist the efforts this past Oct. 24.

“In addition to the illegal dumping they’ve endured, the little community is totally surrounded by industrial buildings,” Tucker says. “And as trash disposal has become more expensive, Kinloch has just become a dumping ground. It’s bad enough with all the burned out buildings and overgrown trees and brush; but I also saw everything from old couches and furniture to a toilet.”

“There’s still a long way to go,” Bagwell adds. “But the people who still live there are starting to have a little hope and are taking the initiative to curb the illegal dumping. Hopefully, next spring, we can continue where we left off.”