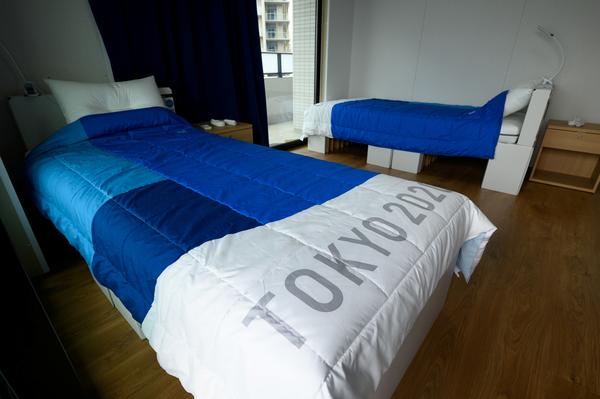 The world’s best athletes are always the focus at Olympics, but this year in Tokyo they’ve been almost outperformed across social media by…cardboard beds.

Across video platforms such as TikTok and Instagram, athletes in the Olympic village took to making short videos of themselves testing the durability of their beds.

Why are cardboard beds being used at the Olympics?

The Japanese bedding company Airweave provided the Tokyo 2020 Olympic village with 18,000 cardboard beds with polyethylene mattresses. They are adjustable and touted to be sturdy.

“All of the bed frames will be made from high-resistance cardboard, able to support weights of up to 200 kilograms,” says a press release from Tokyo 2020.

“This will be the first time in Olympic and Paralympic history that all beds and bedding are made almost entirely from renewable materials.”

It’s part of a sustainable initiative to lower the environmental impact of the Olympic Games, which have a notoriously large footprint.

Reply to @lifeofriley2Beds in the Olympic village, YES they are made from cardboard 😋

“I think the idea is very interesting,” says David Cropley, an expert in creativity and innovation at the University of South Australia, and author of Femina Problematis Solvendis, a history of women’s creativity.

“It’s not the first time that designers have used cardboard to make furniture – in fact, that has quite a long tradition dating back at least to the 1960s. The difference now seems to be the goal behind using cardboard for furniture.

“Previously, it was seen more as a vehicle to allow designers greater freedom in what they could do. An example was Frank Gehry’s Wiggle Chair.

“Now the main benefit – and this seems to be the driving force behind the use of cardboard beds at the Olympics – is sustainability.“

Unsurprisingly, rumours quickly spread that the beds were flimsy and designed to prevent casual sex between athletes.

“As soon as these beds were announced, people criticised the fact that they are rated to support 200 kilograms,” says Cropley.

“In fact, these beds are stronger than wood. There was also an instance of someone showing the bed breaking when nine people stood on it – how many beds made from wood or metal would support nine people?”

How is cardboard strong?

Cardboard can be very strong – strong enough even to build cathedrals – if constructed in the right way. But it has to be tough, and tough cardboard is like an ogre – it has layers.

The more layers in the cardboard, the greater its structural integrity, and this is further increased by making a sandwich of corrugated boards between two flat pieces. Extra strength is provided by glue, which keeps the structure rigidly together. 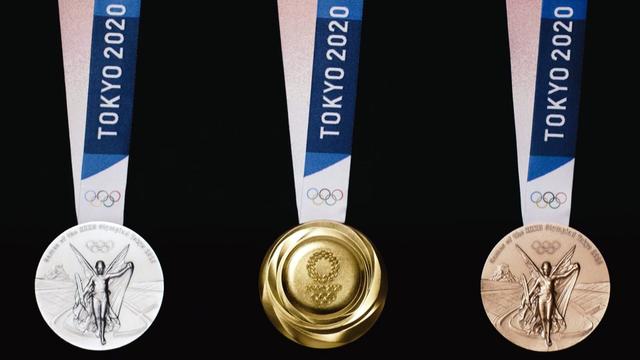 The joints in cardboard furniture are the weakest points, so these need to have the greatest layer reinforcement.

Get an update of science stories delivered straight to your inbox.

Get a daily dose of scienceGet “Cosmos Catch-up” (every Tuesday)

The cardboard can also be coated in hardened resin, which adds a physical polymer barrier to prevent the board absorbing moisture and softening. The chemical bond also counters tearing.

As for the mattresses, they are made of a polyethylene – a type of plastic resin fibre that can be recycled back into raw materials – that is woven into memory foam.

What medal do the beds win?

This being the Olympics, we need to assess the beds based on traditional methods: gold, silver or bronze?

The result depends on the problem the invention is trying to solve, says Cropley.

There are four criteria on which the beds should be judged: effectiveness, novelty, elegance and genesis.

Effectiveness estimates how well the beds solve whatever problem they are trying to address, and novelty refers to the uniqueness of the idea. The whole point of the beds is to be a sustainable, short-term solution to housing a lot of people.

“We know that these beds are made from recycled cardboard and, after they have been used, will be recycled again into paper products,” says Cropley.

“So in that respect, they seem to be a good solution. It’s hard to say that the beds are not effective. They seem to do what they are supposed to do.”

And while cardboard furniture isn’t particularly new, it is a novel solution to a specific Olympic-related problem, so it gets a pretty high, but not perfect, score there, too.

There are other qualities that also need to be assessed, such as whether it makes us see a problem or product in a new light. In this case, it prompts us to question how we see a bed that is only needed for a short time.

“Once we go down that path, we start to see the problem in a different light,” says Cropley.

“Long-term, these cardboard beds may be just the first step along a new path of bed design that is quite different from what we are used to. So, in that sense, they are ‘creative’, in that they make us think differently about beds.

“I call this quality genesis.”

Finally, elegance is pretty much what it seems: are the beds simple, well constructed and easy to use?

So, in true Olympic style, Cropley judged the beds by giving them a score out of four in each category, with zero being ‘not at all’ and four being ‘very much’.

So not quite a perfect score, but that’s a solid silver!

Any country or athlete would be happy with that result, so does cardboard furniture have a future?

“I think so,” says Cropley.

“Perhaps these beds at the Olympics will reignite the interest in cardboard furniture, with a dual focus of design flexibility as well as sustainability.

“Perhaps they will open up a new idea that people can now change their furniture much more frequently, because the cost of cardboard furniture is lower. Maybe it will also result in design-your-own furniture options that can then be rapidly manufactured? Maybe the next step is 3D-printed furniture.

“I see these cardboard beds as a jumping-off point for a variety of new ideas.”