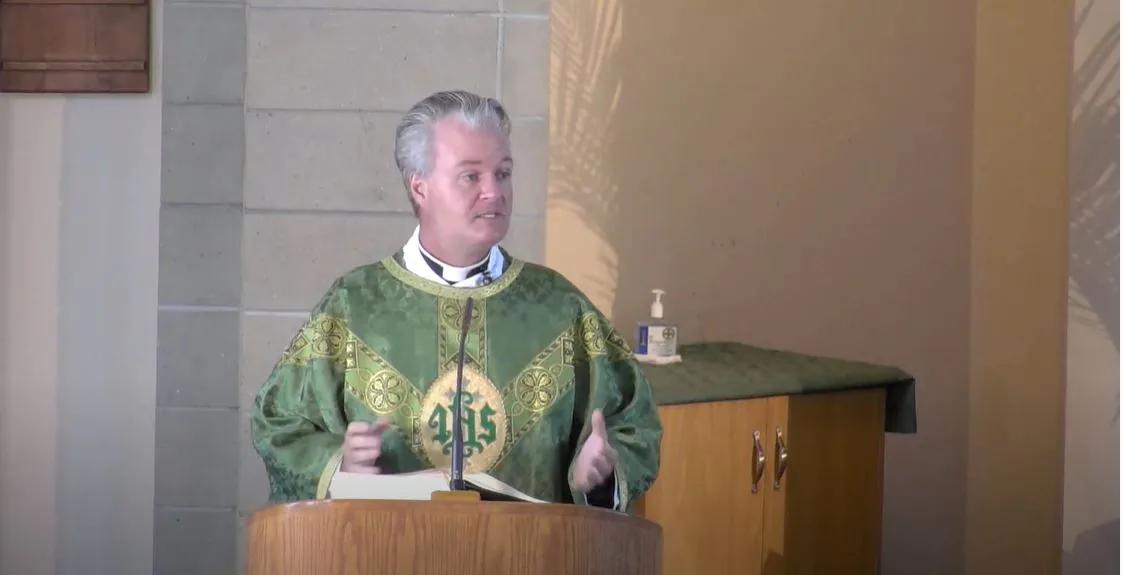 Father Marvin Klaers, right, greets Father Martin Siebenaler after Mass Feb. 24, 2019, at St. Mary in New Trier. The Mass was in honor of Father Siebenaler and his brother, Father Leonard Siebenaler, both of whom were celebrating the 60th anniversary of their ordination to the priesthood. DAVE HRBACEK | THE CATHOLIC SPIRIT

Kocur first met him in 1993, as her family moved to New Trier.

“He helped us move furniture into the house,” said Kocur, 61, the business administrator at St. Joseph, who has worked at both parishes. Not long after the move, he recruited her to be a lector at St. Mary, and five years later, he hired her as his secretary. He liked connecting with everyone who filled the pews at his Sunday Masses, Kocur said. 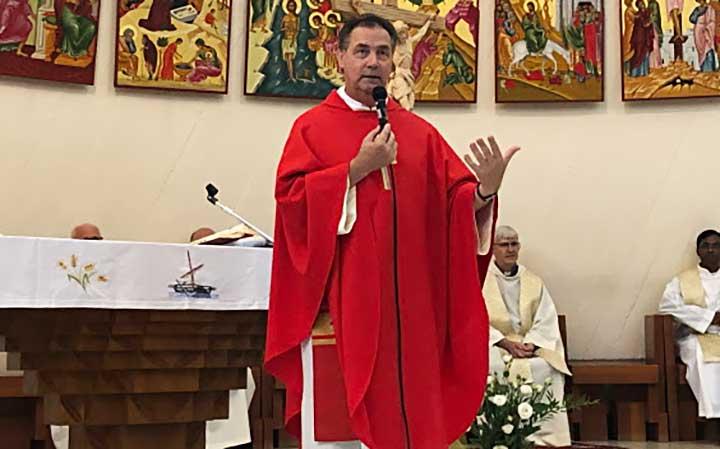 “He liked to visit all of his parishioners and people he knew,” she said. “He checked in on everybody. I remember, being his secretary, he always said, ‘Don’t ever take anybody off the roster unless I tell you.’ He wanted to know who everybody was in the parish.”

Thanks to Father Klaers, Kocur and her daughter, Alex, 32, got to take a trip to Venezuela to visit the archdiocesan mission in San Felix at the parish of Jesucristo Resucitado. The two spent three weeks there in August 2001 and stayed with the pastor, Father Greg Schaffer.

They first met Father Schaffer when he brought people from his parish in Venezuela to the Archdiocese of St. Paul and Minneapolis to fundraise and raise awareness of the mission. Young musicians and dancers performed after Masses, and Kocur brought her family.

“My daughter Alex really enjoyed them,” she said. “So, Father Klaers suggested that she go down there and visit the mission in Venezuela. She was 11 years old, so I said, ‘Well, she’s not going unless I go with her.’ So, he paid for our airfare to go down there for about three weeks.”

Kocur said he had a love of the outdoors, and was known for taking long walks in and around the neighborhoods surrounding the parishes. He also enjoyed researching history and genealogy, which led to him writing a history book on St. Mary and his own personal memoirs. Kocur helped him with both projects, doing typing and editing to bring each to its final form.

Father Klaers’ love of the outdoors traces back to growing up on a farm near Loretto, and he will be buried on land once owned by his family, at the cemetery of Sts. Peter and Paul in Loretto. His funeral Mass will be 10 a.m. March 22 at St. Joseph in Miesville. A vigil will be 4-8 p.m. March 21 at St. Joseph, with a prayer vigil at 7 p.m.