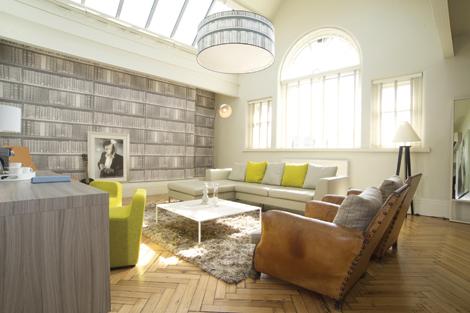 Step Inside This Chic Milan Abode

To understand the design sense of the Milanese architect Massimiliano Locatelli, all you need to do is look at his window. Not simply for the view, though that’s not bad, either. His house sits on an idyllic street lined with quaint town houses painted in a rainbow of pastel hues. Originally built as workers’ cottages in the late 19th century, the block resembles a quiet country lane swallowed up by the city. Try to ignore the surprisingly bucolic vista and instead direct your eyes toward the window frame and pull, which together represent a tidy example of Locatelli’s design ethos. The casing is formed of a stark, surgical-seeming aluminum, both sharply contemporary and ideal for regulating Milan’s varied temperatures, while the simple rounded brass pulls are vintage, designed in the 1950s by another famed Milanese architect, Luigi Caccia Dominioni. “Adding a soft touch of memory to these rigid windows was a way of opening up a dialogue between past and present, classic and contemporary,” he explains. “Also the contrast of metals is nice—like a Cartier Trinity ring.” It’s such flourishes of nuanced glamour, combined with a sense of frank utilitarianism, that have come to define the Bergamo-born architect’s prolific career. 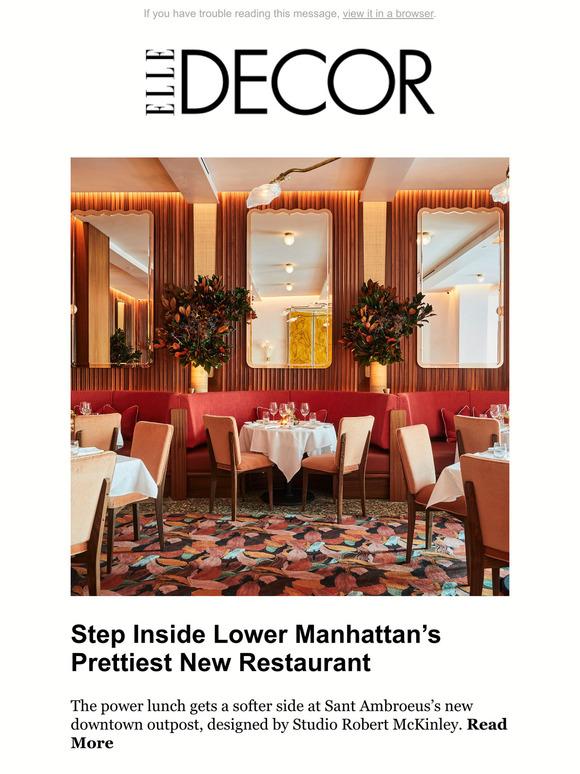 Take, for instance, his design of famed curator Nina Yashar’s Nilufar Depot, for which he converted a cavernous former warehouse into a stage set for highly collectible furniture and design. Employing his signature palette of industrial materials, the interior structure evokes an Italian opera house. Or better yet, his previous office space in a deconsecrated 16th-century church, within which he installed a hovering glass-and-iron cube that lifted visitors to eye level with elaborate Renaissance frescoes. But his own home eschews such grand gestures and instead caters to a more private sense of style.

Locatelli, dressed in all black, including his thick-framed professorial glasses and streamlined running shoes, is sitting in the living room on an austere black leather sofa by 20th-century German manufacturer Kill International. When he found this house, he says, it had “the atmosphere of a shabby-chic grandmother,” a look he admittedly abhors. He quickly set about stripping the old house to its bones. Following a precarious dance with the permits office—the neighborhood is designated an area of historical significance—he was given permission to lower the basement a full meter, allowing him to design an airy kitchen and a small sublevel garden as well as build upward to create a third floor. All that was left intact was the façade, which he transformed from a shade of sunny yellow to a steely gray, inspired by the cloudy skies of Switzerland’s Engadin valley. “They said that the freedom to choose your color gives the neighborhood its personality,” he says, “but I don’t really like the colorful houses.” (Even so, the sober hue is enlivened by vibrant red awnings over the home’s windows and upper-floor terraces.)