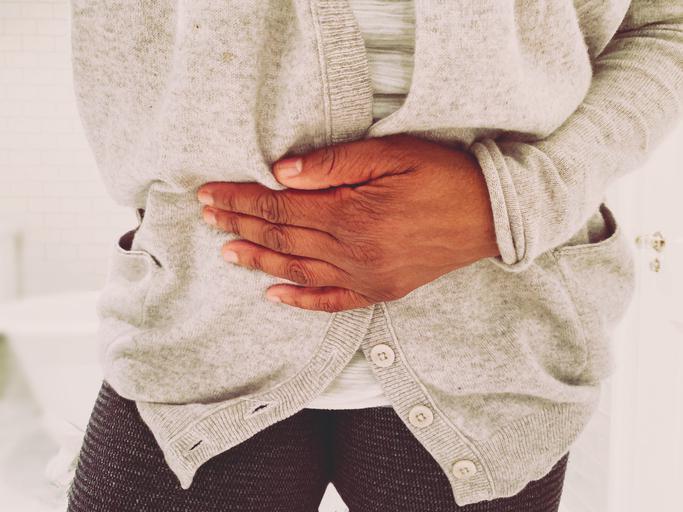 Aw, the baby's kicking, I think to myself and I instinctively put my hand on my lower belly. But when it gets there, it doesn't find a bump and I am reminded that I am not, in fact, pregnant. Cue a ping of sadness (we are done having kids, but there is always going to be a part of me that wants more) followed by a rush of relief (because woah) followed lastly by confusion—I didn't make that sensation up, but I haven't been pregnant in years.

It turns out that I was experiencing phantom baby kicks, a phenomenon that happens to many women and nonbinary people who have been pregnant. It's actually very common—albeit very weird to experience—so let's dive into some of the most frequently asked questions about phantom baby kicks.

Phantom baby kicks are the sensation of fetal movement in the abdomen after pregnancy. They can happen after giving birth or after miscarriage and loss, and may happen for years. Many describe them as feeling similar to those second-trimester fetal movements: fluttering or tickling rather than those third-trimester rolls and punches (said lovingly).

The frequency of feeling phantom baby kicks varies—some feel them daily while others may feel them a few times a month or even less.

Determining if phantom baby kicks are normal kind of depends on your definition of normal. Because let's face it, they are super weird to experience. And we don't have much research on phantom baby kicks, so it's hard to tell if having them falls on the normal range of post-pregnancy experiences. 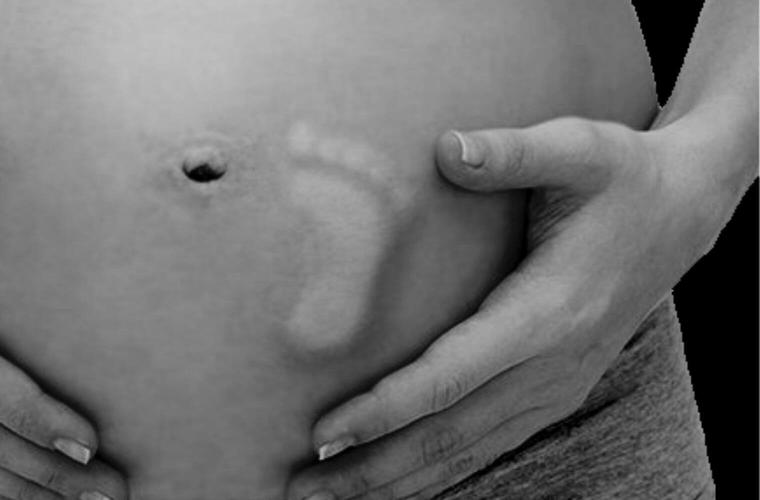 That said, a lot of people do, in fact, experience phantom baby kicks!

A small study (197 women) found that nearly 40% had phantom baby kicks after their pregnancies—that's a pretty significant number.

The exact mechanisms of phantom baby kicks are unknown, but there are some theories.

When the uterus changes and grows during pregnancy, so too do the nerves in and around it. Nerves do something called proprioception, which gives us the ability to sense the movements and actions of our bodies. When we are pregnant and the fetus moves, proprioception allows us to feel it. After pregnancy, it's possible that the nerves in and around our uteruses get "confused" and perceive a sensation that isn't really there.

Dr. Kecia Gaither told Healthline that "When this happens, nerve receptors continue to fire or be stimulated to the extent that the brain thinks there is fetal movement."

Another possibility is the body is always moving, even when we aren't aware. It digests, grows and so much more all the time. And after giving birth, the body is even busier as it does the hard work of healing. Maybe those movements trigger the nerves in a way that replicates fetal movement.

Pseudocyesis is a rare condition in which people experience phantom pregnancies, the belief that they are pregnant when they are not. People with pseudocyesis often have many of the pregnancy symptoms—weight gain, missed periods, nausea and yes, phantom fetal movement. It is often triggered by extreme emotional stress (though it can also come after illnesses such as cancer).

If you are concerned that you may be experiencing pseudocyesis, reach out to your health care provider.

How you decide to handle phantom baby kicks is completely up to you, and largely dependant on how they make you feel. In short, do they make you happy, sad or neutral?

So, if you like having phantom baby kicks, go ahead and enjoy them. If they are troubling you, definitely consult with your health care provider.