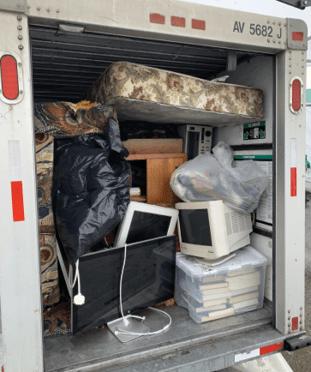 If you’ve been steering clear of structural fumigation because it seems to be too massive an undertaking, Dr. Dini Miller, professor of entomology at Virginia Tech, suggests that maybe it’s time to downsize your thinking. Miller and Dakotah Todd, a master’s student in the Virginia Tech entomology program, conducted the first field evaluation to document the efficacy of sulfuryl fluoride in eliminating bed bugs from vehicles and trailers filled with furniture and personal belongings. The results? One-hundred percent mortality of eggs, nymphs and adults.

“I grew up in San Diego, where fumigation was used all the time for drywood termites and other wood-destroying insects, but in the Northern and Central states, where those pests aren’t such an issue, PMPs aren’t as familiar with fumigation techniques,” says Miller. “You don’t have to be in the business of structural fumigation to offer this as an option for treating vehicles or household items. Fumigation is a proven and reliable method for bed bug control.”

Todd explains why he believes fumigation is superior to other bed bug treatment methods for vehicles: “The molecule size of sulfuryl fluoride enables it to access spaces spray insecticides can’t reach. Fumigation is the only tool we have for getting 100 percent penetration into cracks, crevices and under plastic panels. And while heat might seem to be a good solution, it’s risky because of the potential damage it can do to console screens and other sensitive electronic equipment that has become standard in today’s vehicles.”

Miller adds that containerized fumigation offers a solution for treating furniture, artwork and other household items, plus personal belongings, which otherwise may have landed on the trash heap. “The prep instructions we’ve been giving customers before a bed bug treatment include throwing personal items away or sealing them in bags indefinitely. Containerized fumigation enables PMPs to rid these items of bed bugs so they don’t have to tell their customer to throw out their grandmother’s Bible, family photographs or favorite chair,” she says.

Although fumigation has been used in pest management for 60-plus years, there is renewed interest today due to the persistence of insecticide-resistant bed bug populations. Assisted living facilities have continuing challenges with bed bugs in resident belongings, and the surge in rideshare services such as Uber and Lyft has multiplied demand for bed bug services in vehicles. 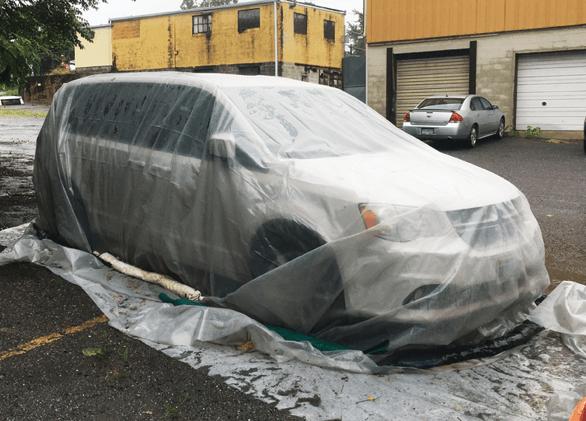 “When we talk with senior facilities directors, they usually haven’t thought about the potential for residents to carry bed bugs in on their belongings, or possibly having bed bugs in their cars, but these circumstances can lead to perpetual bed bug issues,” Miller shares. “You don’t have to tell cab, bus or ridesharing drivers about hitchhiking bed bugs, though. Several years ago, when I was in New York for an appearance on the Dr. Oz show about bed bugs, my taxi driver showed me the contents of his trunk. It was filled with an assortment of consumer bed bug sprays he had been using to keep infestations at bay.”

The results of Todd and Miller’s research indicate that containerized fumigation with sulfuryl fluoride may be a one-and-done solution to these challenges. “PMPs should really be taking a new look at fumigation for bed bugs,” Miller says. “It’s cheaper than structural fumigation because it’s done on a smaller scale, either in the customer’s driveway or at the pest management company’s facilities. While it takes training, it’s not difficult to do. You can learn it like any other area of pest control.”

Seeking to measure the efficacy of sulfuryl fluoride in treating both vehicles and personal/household items, the research team used:

2. Three U-Haul cargo trailers. These trailers were filled to 85 percent capacity with books, furniture and other household items to mimic cluttered living spaces. Again, two of these trailers were treated with the fumigant while the third served as an untreated control. Cargo trailer fumigations were conducted daily for three days.

The team introduced bed bug eggs, nymphs and adults to each of these closed environments, taking care to plant eggs in hard-to-reach spaces — notably an artificial wall void, a sealed bag of clothes filled to 70 percent capacity and a closed plastic storage container filled to 95 percent capacity with books (bed bugs were placed between the pages in addition to being placed more randomly in the container).

Before these preparations were done, each vehicle had been rolled onto a polyethylene sheet. Once the interiors were prepared, another polyethylene sheet served as a tarp, sealed to the ground; monitors were used to detect any leakage. The fumigant was applied to the trial vehicles through a high-density polyethylene introduction hose, attached by a zip tie to the front of a rotary fan. Sulfuryl fluoride concentrations were measured throughout the fumigation process using two high-density polyethylene monitoring hoses placed in each van and trailer, attached to a high-concentration monitoring device specific for sulfuryl fluoride.

Once the label-required dosage was achieved, aeration began. The tarps were removed, and fresh air was circulated by fans. Fumigant concentrations were measured to ensure safe re-entry and, after aeration, bed bugs were removed for observation.

Success all around: The fumigated replicates yielded 100 percent mortality across all life stages, even the hard-to-kill eggs. “This research validated the ability of sulfuryl fluoride to access and kill bed bugs in spaces that are extremely difficult to reach,” says Todd. “This is the only pest control method that ensures single-treatment eradication of bed bugs throughout complex interior spaces.”

The author is a frequent contributor to PCT.