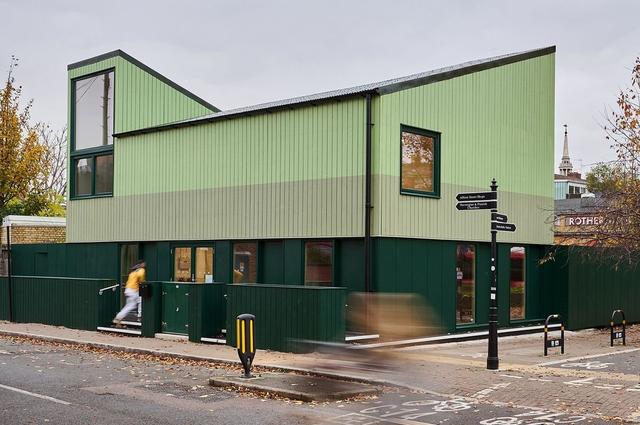 The Hithe is a prefabricated, demountable structure located in London’s Rotherhithe community designed to support local businesses while bridging the city’s communities with modern changes.

Meaningful social infrastructure typically challenges the existing schema of neighborhoods while providing innovative solutions to modern problems like urbanization and climate change. These issues generally lead to gentrification, which is rapidly changing cities across the globe, prompting city architects and planners to draw attempts of bridging the gap created between existing communities and new developments. Rotherhithe, a historic riverside district of London, faces the ongoing threat of gentrification and urbanization. 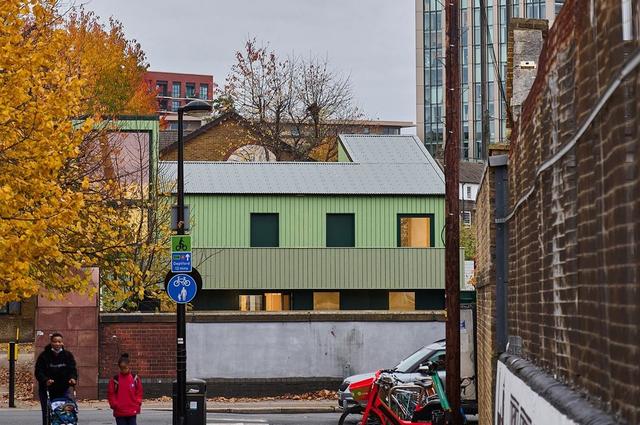 New social infrastructure is rising in the London neighborhood, providing residents with a meeting hub that could function as the very bridge that maintains the neighborhood’s identity while connecting it with imminent modern changes. The Hithe is a new, fully demountable, and re-locatable multipurpose structure designed by IF_DO Architects to bring the community of Rotherhithe together.

Described by IF_DO architects as, “A community hub, in a neighborhood undergoing rapid change,” The Hithe is a 200sqm is located on Albion Street, the neighborhood social hub. Prefabricated by design, the structure consists of five modules that were constructed offsite and then assembled on Albion.

Comprised of ten micro studios, The Hithe is designed to provide city residents with a common space for work, social, and commercial purposes. Constructed from a combination of lightweight steel and a timber frame, The Hithe was propped up on the site’s preexisting foundation to eliminate the need for any new concrete elements.

Inside, the micro studios are configured around the structure’s ground floor central gathering space that ties the kitchen and outside yard to the site’s north side, providing two larger workspaces on the first floor. In an effort to reduce the need for built-in circulation spaces, each of the ten micro studios is accessible from the building’s exterior.

Conceived as a communal hub, The Hithe building is “One that both supports local businesses, by providing them with the type of space that they need and enables local people to forge meaningful long-term connections, by providing a place for them to come together to work, socialize and play.”