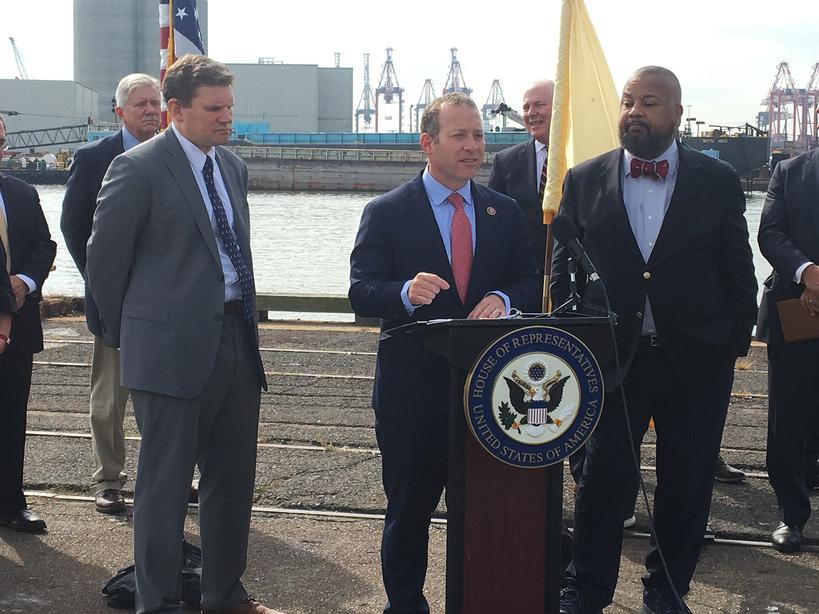 ‘We have a 5-alarm fire here.’ Higher costs, delayed goods may turn shipping backlog into a holiday nightmare.

A worldwide supply chain crisis is making it increasingly difficult to bring imported goods into this country, sharply driving up the costs to get it here.

And while cargo ships are not getting backed up at the ports of New York and New Jersey — as they have been so dramatically in Savannah and in Los Angeles and Long Beach on the West Coast — it might be hard to get some holiday gifts this year, some warn.

“There will be shortages,” predicted Dan Maffei, chairman of the Federal Maritime Commission. “Have your kids write to Santa Claus early this year.”

At marine terminals around the globe, cargo has been piling up amid an unprecedented traffic jam at sea, while the increases in prices to move it all has been increasing at a staggering rate.

At Port Newark in New Jersey on Tuesday, U.S. Rep. Josh Gottheimer, D-5th Dist., and Rep. Rep. Donald Payne Jr., D-10th Dist., spoke about the impact of that on businesses and families, and called for hearings into the soaring shipping costs — suggesting that a lack of competition among the big ocean-going carriers was in part to blame.

According to Gottheimer, the average cost to move a shipping container has gone from $1,000 before the start of the pandemic, to between $22,000 and $30,000 today. “We have a 5-alarm fire here. We need to fix this crisis before the holidays,” he said.

Payne said the rise in prices has been arbitrary. “There is no rhyme or reason for it,” he complained.

The supply chain turmoil coming in the wake of the pandemic — which cut off many supplies and goods to manufacturers and retailers for months — has led to a practical standstill in some ports, in some cases because there is no place to put any of the cargo being unloaded, experts say.

According to Maffei, as many as 70 ships have had to sit at anchor at the West Coast ports waiting for an open berth.

“Demand for goods abroad is jamming up the system,” he said. “But at the end of the day, it comes down to supply and demand and that’s causing problems.”

Bringing the cargo ashore, though, has not been a problem at the ports serving New Jersey and New York, which stretches from Port Newark and Port Elizabeth, to marine terminals in Bayonne, Staten Island and Brooklyn.

The Port Authority of New York and New Jersey, which operates the seaport, said there are no labor shortages nor significant shipping backlogs. As of Tuesday morning, there were just 2 vessels at anchor off port waiting to dock. And year-to-date, container vessels have averaged just 1.3 days at anchor.

At the same time, they said the port has had record-setting growth in cargo volumes for 13 consecutive months, moving 780,782 containers (as measured in TEUs, or 20-foot equivalent units) in August 2021. That was a record for the month, and third-highest monthly volume since the port began tracking cargo activity. 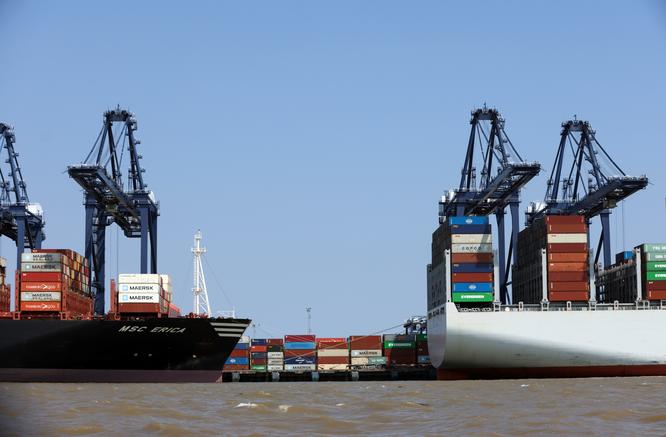 Sam Ruda, director, Director of the Port Authority’s Port Department, said the supply of truck chassis — which are used to move containers once they are offloaded from a ship — has been tight.

“But cargo is moving,” he said.

The rising cost of moving it, however, is causing serious problems for some businesses.

Matt Feiner, president and CEO of SG Companies, said the crisis has meant “incredibly tough times” for the Hackensack-based apparel company whose retail accounts include Macy’s Nordstrom, DSW and Target.

“It’s supply chain hell,” he said, referring to the higher costs of shipping.

The World Shipping Council has said the driver of these problems remains the jump in demand for imports by U.S. consumers and businesses, noting that of the past 12 months, 11 months have had a year-on-year growth in spending on consumer goods of over 10%.

As for the lack of disruptions in New York Harbor, John Nardi, president of the New York Shipping Association — which represents the marine terminals, stevedores and shipping companies that operate in New York and New Jersey — said the terminal operators here have been careful not to overcommit and take more ships than they can handle.

He blamed the logistics problem that has developed nationwide on warehouse operators who have no place to put the goods now flooding back into the country after the pandemic.

“If there is no place to put the cargo, it stacks up at the terminals,” said Nardi. “That forces ships to wait.”

At its heart, he maintained, is still a problem of demand.