Home → Furniture purchase → What to do with infected ash trees once they’re felled? 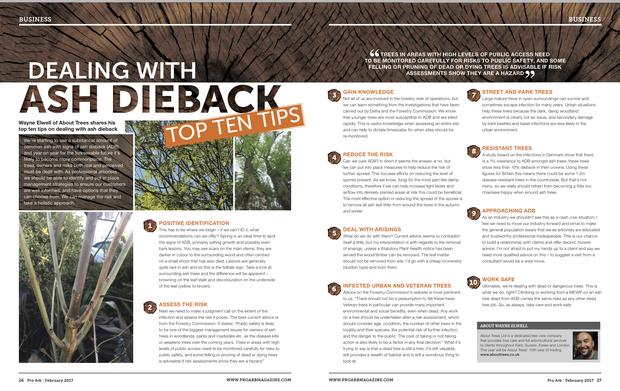 What to do with infected ash trees once they’re felled?

Over the past decade, a small insect, the emerald ash borer, has raised havoc with one of the dominant trees in the state, the green ash. Many cities throughout the state, as well as many other states, have been faced with huge losses of these shade-producing trees, often at great expense to remove and replace them.

Part of the problem is what to do with borer-infected ash trees once they are cut down. One solution for thousands of trees removed in the metro area, as well as many other counties, including Olmsted, has been to send the infected trees to Environmental Wood Supply in St. Paul, where it is ground into chips. They are then sent to the St. Paul Cogeneration facility, a large industrial building adjacent to the Minnesota Science Museum, where chips are burned to provide energy for heating buildings and producing electricity for St. Paul, as well as for Xcel Energy.

Recently, this use of the ash trees has been questioned, as renewables like wind and solar are not only becoming cheaper than burning wood, but also are cleaner for the environment. And, to keep burning the ash, and a few other varieties, might require some state financing to make it work, or burning might have to cease. This leads to hard looks at how to deal with all the discarded ash trees. Some in the metro area support yearly costs to treat the trees, while one source, Wood From the Hood, transforms a small fraction of the wood into furniture for Life Time Fitness and Caribou Coffee outlets.

I’m not sure how the metro area will deal with their ash problem, but I recently got a look at what the City of Rochester is doing. With thousands of ash trees removed over the past few years, and thousands needing to be dealt with, City Forester Jeff Haberman has been working on different ways to handle all the downed ash trees from city property. 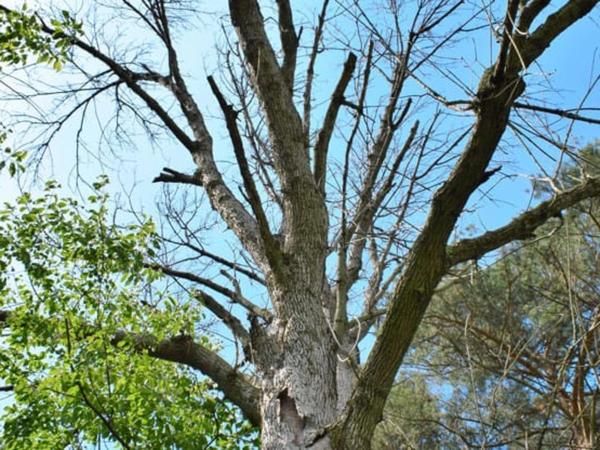 I met with Jeff and found out that while many of the removed ash have been burned or ground into mulch, the past two years have included another couple of options.

Hiring an outside source with a portable sawmill, some of the city ash logs have been reduced to boards that can be used by the city for a variety of needs instead of buying outside lumber. I first noted one of the uses when recently visiting Quarry Hill and seeing a dumpster site at the end of the Quarry Hill parking lot with a wood surround.

Talking with Quarry Hill Director Pam Meyer, I learned the wood was from the ash logs the city had milled. Pam also told me she hoped more of the boards would be coming to Quarry Hill to provide a half-wall of wainscot in the Quarry Hill "safe room," an emergency storm shelter built a couple years ago. This would be similar to recent use of some of the ash at the new Northern Hills Golf Clubhouse, where it can be seen at the food bar, as well as the front-entrance counter.

Haberman feels that ash wood is a valuable hardwood resource that "should be used for more than just mulch or burned." I couldn’t agree more, as I had local ash milled for the trim at my backwaters cabin and really like the look of this grainy hardwood. Other uses the city has found is for port-a-potty surrounds and park benches, with future possible uses including outdoor hockey rink boards.

He also feels the city will opt to treat more of the infected ash trees with yearly injections. He notes that while a mature ash tree is estimated to have a yearly value of more than $200, the yearly cost of treating the same tree is less than $50.

So, keep your eyes peeled for some of the ash wood used by the city, and know that it represents a very good alternative to burning or mulching.